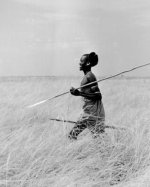 Ruling is the management of our day-to-day issues for which every harmonized community legislates and elects someone to enforce the agreements written in its social compact.

Look at Pyramid ShapeJust let compare the mechanism of ruling system with the shape of pyramid.Pyramid is larger at its foundation and narrow at its head. Its foundation keeps it to stand and it is what we refer to in our political language as grassroots which mean centrality of community and we refer head as a person being elevated to take care of the agreements that bond people. I hope we all know that head doesn’t hold the base, but base does hold the peak of pyramid which gives importance to the base as a core of power. Therefore, grassroots legislate or enact and head implements. To remind ourselves, it happened last month when American president asked Congressmen to pass the bill of bailout to rescue the global financial crisis.

Is king connected to his subjects?Despite that king spends most of his reigns in seclusion in Fashodo palace, the set of relationship which links him and provincial lords made him available to his subjects. Moreover, he occasionally holds an administrative visit wherever he desires.Provincial authorityI have described above that the manner of ruling resembles the shape of pyramid, assuming its base as grassroots and its head as a leader elected to implement communal decisions.In every Shulluk village, there is a traditional parliament where higher and lower, rich and poor assemblers participate in conference. In assembly, everyone has an opportunity to express his/her sentiments on the issues brought on table. The subjects in motion could be from king to communities or from villagers to be delivered to king for royal assent. Thus, the territorial lords (ministers or chiefs) could visit Fashodo several times a year to convey the programs agreed upon by villagers and those programs include ritual and social issues. This subordinating relationship built the fundamental bonds between Fahsodo and shulluk people.

So king is not far from you since you hear him through your representative. He is not far from you because you see him through your delegator. He is not dictating you because you raise questions and take part in debate making yourself legislator. Therefore, Fashodo is in peoples and peoples are in Fashodo. So those who tried and still trying to downfall it must first destroy peoples which could never happen.

SPLM/A did not manage to get rid of Paulino Matip  because people was with him and he was with people. Shulluk Technocrats point of weaknessOur weakness emanates from disassociating ourselves from our people. We want to rule behind curtain. How can a person give you his/her support if she/he heard only about your name? Why should you rule him/her? What are your objectives that will benefit him/her family? Do you listen to their opinion? Are we sharing our knowledge with them or we put our light under table so that they might remain in darkness or we place it on table for them to see our light?These are few questions we shulluk politicians must honestly answer.In my opinion, anyone who want to rule must connect him/her(self) to people as their king or she/he will be like a wolf which leaves in isolation and only  sends its voice from remote distant being so desperate from loneness. Your name will be heard but who care about name.

William Okuch Dak
back to top

We have 422 guests and no members online