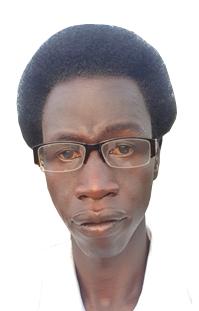 Former manager of crew at musician by Nickname ‘big brother’, Mr. Paulino Lukudu once wrote on his Facebook Wall, and I quote "Digital Generation, Rule by Analog Generation in a Digital World, because the digital generation are praising the analog Generation to get food," end quote. This great quote has precisely depicted the nature of my manuscript. Youth nowadays, are halved into the genetocratic’s camps for either tangible or intangible gain. You might have experienced it in the recent social media campaign prior to the appointment of current political R-TOGNU’s cabinet and state governors where youths were used as political hand driers of drying the corrupt political dew. For the elderly politician who is politically bankrupt to avoid political exhaustion, he must hire some young renowned social media writers to rejuvenate his dirty profile once again in order to shine again in the eyes of our God of decrees in South Sudan.

You may find some sound-minded youths writing lengthy well articulated congratulatory messages on social media not because it is at his will, but being compelled and influence by the attitude of so-called good-boy, an attitude that has emerged as one of the new discovered civilization in socio-political realms of our young ones in South Sudanese since the flare-up of insensible Six years of ethnically majestically era. The attitude of good-boy philosophy is viewed as an only option of surging a political ladder otherwise contrary would end you up loitering with handful degree holders in the streets and tea parlor of Hai Thoura and you can name other places you know. The attitude itself has nothing to do with civilizations as I described above but the birthright of genetocratic colonization scheming the pathetic heart in patriarchal society where a privilege is strewn on age factor than ability of what one does.

As I have put it in the article, let it not give you wonder, my articles you have just been reading are just an opinions and personal observations, they are not academic researches, pardon me if I have been insulting you, to put it correctly concerning an idea about what the youth should be engaged on in a daily basis. In South Sudan the majority of youths are illiterate and they are mostly used by the politicians as fire tools of conflicts to gain political favor. The few educated youths are not properly guided by the politicians but are made to embark on lineage or tribal loyalty, the little education they have acquired is exploited to favor tribalism and senseless interdiction. This did not only dredge the inconsistency in its resident but nurtured persistence hatred which is centralized on the greed for resources thus, paving the rule of opportunism to reign over the state.

Few youths who have Idea of independence and self-reliance consequently aspiring for a better society are viewed as firebrands and in most cases constrained by lack of capital and societal isolation. Youth should be supposed to engage in entrepreneurship, positive activities such as promotion of community cohesion, economic, and social emancipation. But sadly young  entrepreneurs always met their fate on the way, wizard hate their progressive ideas and in most cases got killed like Juba Street dogs with cars, their remained properties got  distributed by the generals who conceded that operation, hence, lives goes like if nothing has happened, ‘individuals rid become societal rid’.

I'm neither a career politician in a functioning government, politics does not pay of course, nor am I even working as I articulate but I have chosen to advocate for better society though I have nothing, I assume that words are powerful and they will make people aware. What obliged me is that our elders are not guiding us as young people, they always deceived us with the old ploy of ‘wait for your time!’ a come-less time, we are made to understand that a good upcoming politician is the one who sacrifices his reputation to die in the social media battlefield defending his corrupt political Godfather.  So our fathering leaders are misleading our generation to hate themselves on ethnic lines in order to rule them, thus controlling State resources and using us as services for destruction. Alright, do you know that our elders asked the impossible on us? One of the impossibilities is using young one as a tool of wherewithal.

I assumed that young people in South Sudan really want to build their lives around the current trend of globalization that hangs around freedom then oppression, rule of laws than rule of guns, democracy than autocracy, economic emancipation than economic domination, better living standards than low living standard, and to cope with the rest of the modern world in technological and scientific research than coping with stone age world of primitivity and metaphysic. As such, I have the courage to speak, speak for the silent majority in the streets even if you are the only one to listen, there shall come a time when they'll lift up their cranium from sweet food they are enjoying and listen to the voice of the burning candle of reform calling in the wilderness.

It was by then went things were new including the state itself where one aligned his political views with an existing SPLM party, but one reserved himself when they torn the country apart in 2013, 2016 and still to come another destruction if we don’t change our dominated mind, now I'm an independent advocate seeking for reform. My views are not in tune to the current existing leaders, because Kiir and Machar have had control of our freedom longer even than South Sudan has been existing and it's enough for them to give back the freedom to their owners. Their governance has been a disaster for the majority of the voting people for 9 years now. The worst part of our scenario is that young people constitute the large portion of our country’s population but at the same time full of ignorance. Anyway I can’t blame them because human being learn through experience, our six years experience can’t act as a wake up called to sleep addicted person, so it need something more substantial than this to wake him/her up because it seems like nightmare dream is to sweet but be mindful that long term sleeping is consequential.

The writer is an Activist and he could be reached via This email address is being protected from spambots. You need JavaScript enabled to view it.