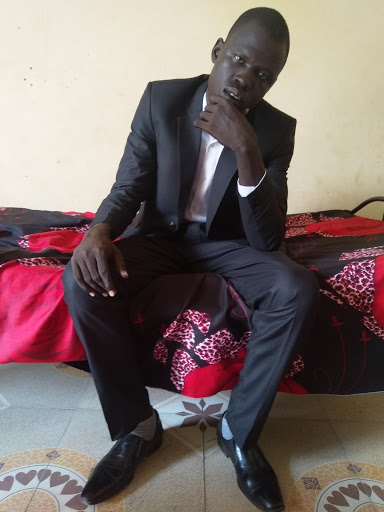 I hope the majority of intellectuals particularly the youth are fully aware of the unfolding political misunderstanding between the group led by Gola Boyoi Gola, the current chairman of South Sudan National Youth Union and Dr. Albino Bol, the national minister of youth and sport. The dispute started after the controversial youth elections that brought Gola into the chairmanship. There are many reasons that triggered the disagreement between Gola Boyoi and his direct boss Dr. Albino Bol. The reasons behind this misunderstanding ranges from Gola's failure to issue recommendation to the President of the Republic in favour of Bol Dhieu, the appointment of Bol Dhieu's longtime foe Mr. Tarir Makoi as the spokesperson of SSNYU, constant attack of Bol Dhieu by the members of Gola Boyoi's executives especially Tarir Makoi in the social media, plus many other reasons.

This unfolding political differences raise questions among the youth of South Sudan because both the Minister of Youth Dr. Albino Bol Dhieu, and Chairperson of South Sudan National Youth Union Gola Boyoi Gola had one political godfather who brought them into the political system. I was expecting that Gola Boyoi would cooperate with his direct boss Dr. Albino Bol because of the fact that they are one coin with two different faces. During the second convention of South Sudan National Youth Union, Dr. Albino Bol and his group openly declared their support to Gola Boyoi. It can be remembered that during the elections, the former supporters and campaign agents of Deng Gai Gatluak were labelled as non SPLM members by the both the groups of Bol Dhieu and Gola Boyoi Gola ,who are currently fighting themselves over the ready cake. Their political differences can be simply defined as a consequence of betraying their own brothers.

It is very unfortunate that I and my former candidate Deng Gai Gatluak were victimised using the name of SPLM by the opportunists who have now oppositely turned the same SPLM against Gola Boyoi whom they formerly described as a true son of SPLM. This conflict between the minister of Youth and Sports and the chairman of SSNYU will result in total fragmentation of the youth if their political godfather fails to reconcile them . The cooperation between Bol Dhieu and Gola Boyoi is a prerequisite for the unity of the youth in the Republic of South Sudan. South Sudan National Youth Union is under the ministry of youth and sport. What do you think will happen if the leaders of these two institutions are fighting themselves?

Regarding the above political misunderstanding, I as a neutral and concerned youth do hereby propose the removal of both Albino Bol Dhieu and Gola Boyoi Gola from their respective positions in order to pave way for their reconciliation. President Salva Kiir should appoint any qualified and neutral youth into the position of the minister of youth and sports. The current executives of South Sudan National Youth Union under Gola Boyoi should be dissolved and the speaker of the council be installed as an acting chairman of SSNYU.

It is advisable for the government to side with the majority of the youth then to side with two individuals. This is the right time to unite the youth of South Sudan but the conflict between Albino Bol and Gola Boyoi is hindering the unity.  We need youth leaders who will put all the youth on the same track. This political dispute between the camps of Albino Bol and Gola Boyoi if not handled carefully by the President, will lead to an eventuality similar to the 2013 crisis. Youth constitute 75% of the country's population. This means that disunity among them is a direct threat to the national security of the country

Deng Akok Muoradid is a Senior Youth Activist. He can be reached via Email: This email address is being protected from spambots. You need JavaScript enabled to view it.

We have 378 guests and no members online