The Truth hurts; but it has to be said 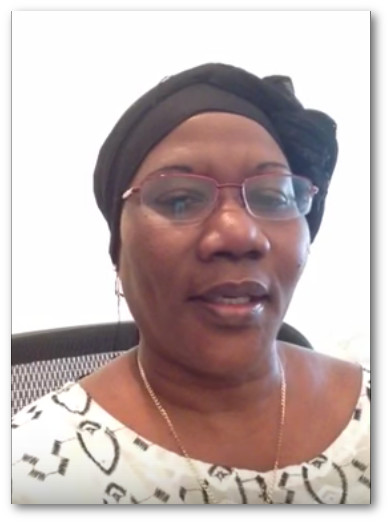 By Alma Ettore- A concerned citizen of South Sudan

When TROIKA and other “well-wishing” stakeholders came together to look at solving the problems of South Sudan, it is a well- known fact that nearly every one of them has a personal interest in South Sudan; not necessarily in its brutalised and traumatised people. In fact, it has been proven without a shadow of a doubt that the last thing the so-called ‘friends” of South Sudan think about is its people.

South Sudan is a place which can turn dust into gold at the flick of a finger, even killing people in South Sudan is not only unpunishable but seems to be a very lucrative business.

The Western World has made billions of dollars selling arms to the warring factions, mainly the government. The Western world know what the government is doing but they don’t care. After all the people that are dying are Africans. What a pity, so much for Love, Peace, Christianity, Freedom and Justice!

Let us look at the UN for starters. The UN is the most efficient organization if any problem arises in Europe, the Arab world or America. I will give you an example of the double standards of the UN. Look at the way Slobodan Milosevic was treated by NATO, supported by the UN. He was indicted by the International Criminal Court (ICC) for war crimes and crimes against humanity. What is the difference between the war crimes committed by Milosevic and the horrendous human rights abuses that Salva Kiir and Riek Machar have jointly inflicted on the weak and vulnerable of South Sudan? I do not think that Milosevic managed to commit half of the crimes that Salva Kiir and his militia inflicted on the innocent, helpless people of South Sudan.  The difference is because Slobodan Milosevic killed white people, European people. Look at the way Saddam Hussein was brought to ICC as well as Gaddafi; What did they do that the present government of South Sudan has not done? The difference is that the South Sudanese are black Africans. Who cares if they die? This is the truth and it hurts because the UN is an institution which is supposed to look after EVERYONE on this earth, regardless of geography, colour, sex, religion etc. It seems that the UN is to protect all but black Africans.

The UN has failed the people of South Sudan: BIG TIME. It is now silently overseeing and colluding ( by failing to take action) with President Salva Kiir to slaughter children, women, and the elderly, while all that they are doing is write reports that are gathering dust because of inaction. What will the report do to the tens of thousands who needlessly lost their lives, the millions who have been displaced and deprived of their dignity and worldly possessions to live as human beings? Are the UN and TROIKA, organisations only for the non- Africans? If not, then why do their functions change when they deal with black African nations?

TROIKA countries are the strongest nations in the World, and they are the richest. They are the USA, UK and Norway. These countries are the main leaders in the UN, NATO, the European Union and in many other strong organisations that control world trade, politics, security in all its forms etc. TROIKA countries, due to their unique position with regards to South Sudan, as the key stakeholders know about South Sudan more than the South Sudanese themselves. They know the catastrophic humanitarian crises that was brought upon the civilians by a government that is incapable of governing. A government that has been killing its civilians for years, displacing nearly everyone outside the country. It is now crystal clear that the current government of South Sudan is not going to change its strategy of killing, displacing and terrorising the civilians; on the contrary, it seems that it has been given the green light to escalate the wiping out of the indigenous people of South Sudan. It would have been much better if TROIKA was not involved.

It is not rocket science to deduce that in actual fact TROIKA is behind all the problems that are happening in Africa in general and South Sudan in particular. For those who have not suffered the injustices of the South Sudanese regime, they might be excused to think that I am gripped by paranoia and that my fears are misplaced but for those of you who have seen the sublime and the ridiculous in South Sudan I want to remind people of what happened a few years ago in 2016 to Dr Riek Machar after the famous December 2013 massacres and start of the civil war. Machar was put under house arrest in South Africa for more than two years, in order to coerce and intimidate him to capitulate and fall under President Salva Kiir’s feet (which he unfortunately and eventually did). Who but the deadly and hypocritical TROIKA was behind all the unbelievable machinations? They paid South Africa millions of dollars weekly to host the prisoner. These are the facts. TROIKA is the enemy of the people of South Sudan. We know their game and their goals and unless they know that we know what they are doing, they will not stop. This is the reason WHY they washed their blood covered hands and turned deaf ears to the cries of the people of South Sudan. This is why they helped a dictator to cement his grip on power by supporting a peace so flawed that only a mindless and senseless person will accept it: Their love to control the world is insatiable.

This is the same course of action they want to take against the opposition leaders who have refused to sign the useless R-ARCISS. It is now clear they are behind the gutless and clueless Ismail Wais shameful bullying because the opposition ‘s non- cooperation has thwarted their plans: They want South Sudan to be a place to control and use as part of their empire. There are a million ways to skin a cat: In the olden days they used to bring slaves from Africa to work for them for nothing. Now they want to take over the African land for nothing and use it at will; to spy from, to use as a launching pad to attack neighbouring countries and to siphon its natural resources.

TROIKA did to the South Sudanese people what Julius Caesar did to Jesus Christ: A cowardly act. They publicly washed their hands from any responsibility regarding South Sudan. At the same time, they are waiting on the wings for the illegal President that they have endorsed to wipe everyone out so that they will take over the land; A land that has so much to offer and with people who are totally under their mercy. The history of South Africa among others is a testimony to what I am talking about. In order for them to be out of the ugly picture, they brought in IGAD, bribed its members to do as they are told. They know full well that IGAD is one of the most corrupt and incompetent organisations in the world. The UN and TROIKA lied about the reason for bringing in IGAD, which they claim ; they want African countries to solve African problems!!!!!!  Not by an organisation that is so flawed and weak and useless. This is a fabrication and a cover up of the highest order. This excuse is absolute nonsense because the UN and TROIKA know full well the pathetic idiosyncrasies of IGAD such as the involvement of Uganda’s Yoweri Museveni in the South Sudanese civil war from day one. Uganda has broken all the international laws which makes it not only ineligible as a peace- broker but culpable of war crimes and crimes against humanity. Yoweri Museveni should also be indicted alongside Salva Kiir and Riek Machar in the ICC; if the South Sudanese were not black.

The recent intimidating and unsurprisingly coercive letter by Ambassador Ismail Wais, the special envoy for South Sudan – IGAD to the opposition leader and Commander- In- Chief and Lieutenant General of National Salvation Front  (NAS) Thomas Cirillo Swaka and others who refused to sign the highly flawed R-ARCISS shows that IGAD is not a fit organisation to negotiate in any matter to do with South Sudan or any other country. What Ambassador Ismail Wais did was, expose IGAD at its rotten core as an organisation that has lost its significance and mandate.

According to Human Rights Law, the long-suffering South Sudanese civilians have the right to choose who should be in charge of negotiations that will affect their lives and country.

We have 289 guests and no members online