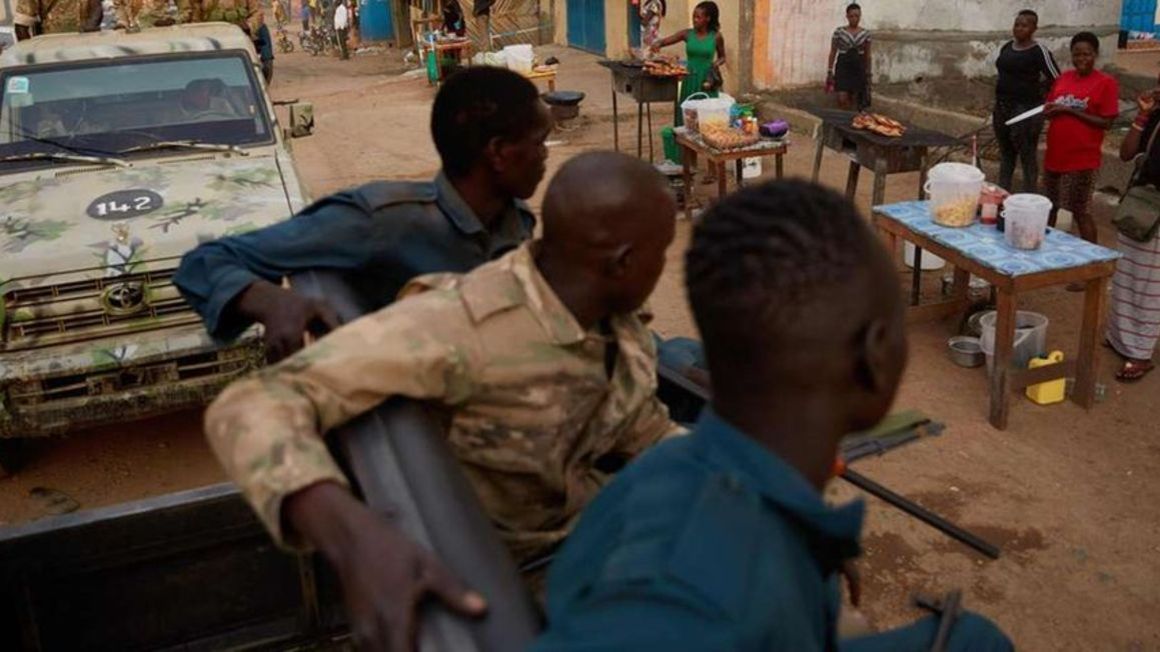 South Sudan National Police Service officers sit on the back of a pickup truck while they patrol the streets of Juba on April 9, 2020 (PHOTO | AFP)
By DAVID MAYEN

In a press statement seen by The EastAfrican on Sunday, Jonglei State Governor Denay Chagar condemned the killing and called for the arrest of the suspected killers.

“On November 19, two men travelling on motorbike to Anyidi Payam were ambushed on their way by suspected criminals from the Pibor Administrative Area. As a result, Anyidi youth took the law into their own hands and started to target members from Pibor living in Bor Town, killing seven.

“For this inhuman brutal killing, Jonglei State government is shocked and dismayed with unfortunate act and strongly condemns the attack,” said Governor Chagar.

He sent his condolences to Pibor Area residents for the death of the seven.

“I am sending my heartfelt condolences to the people of Pibor and particularly the family of those that lost their loved ones,” Chagar said.

Some residents went online to ask Chagar to arrest not only the revenge attackers who attacked the Pibor residents, but also those from Pibor who caused tension by attacking the first two men.

Most parts of the Greater Jonglei State have experienced communal and tribal violence, mainly caused by cattle raiding, child abduction and dispute over grazing land.

Greater Jonglei authorities have in the past convened peace and reconciliation conferences to discuss the issues of killings and cattle rustling in their surroundings.

Continuous revenge attacks, cattle raiding, and child abduction in some areas persist, even after donors spent hundreds of dollars on peace projects.

Livestock herding is the main source of income in many parts of Jonglei State.

We have 512 guests and no members online