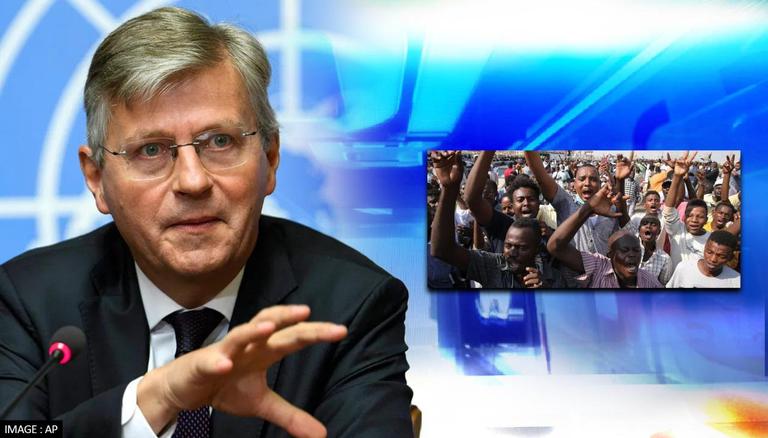 The Under-Secretary-General for Peace Operations of the United Nations, Jean Pierre Lacroix expressed optimism in a Security Council briefing on Wednesday, over the warming in relations between South Sudan and Sudan, as presently both the nations have formed national committees to address the issue of Abyei, which is the disputed oil-rich frontier territory claimed by both countries.

In spite of having their own domestic problems, Sudan and South Sudan have maintained their bilateral commitment to collaborate on pending matters. He told the Security Council that the optimistic political approach on the Abyei problem, which a UN delegation observed in Khartoum and Juba in June, seemed to have stayed intact, the Xinhua website reported. As per a UN report, Jean-Pierre Lacroix said, “The warming of their relations was visible in Abyei, where most of the threats to the community were of a criminal nature, not of military nature.”

In the year 2004, the region was granted special administrative status for the dispute between the two nations, which further made an agreement in 2011, forming the UN Interim Security Force in Abyei (UNISFA) which operates there to offer support for local authorities and the deployment of armed troops.

Furthermore, the Security Council requested a potential pullback and departure strategy in a resolution earlier this year as both the nations have committed to cooperate. Lacroix has submitted a strategic evaluation in response to that request, indicating that UNISFA was effectively continuing its mission to safeguard the people of Abyei through its military.

The mission's relief and recovery operations have reached nearly 103,000 vulnerable individuals during the period from April 16 to October 15, 2021. During this time, the majority of the new issues were connected to the Joint Border Verification and Monitoring Mechanism's mandate (JBVMM). Lacroix claimed that community members in Gok Machar made it difficult, and ultimately impossible, for UNISFA to keep supporting the JBVMM mission to a great extent.

Quoting Lacroix statement, the UN reported, “It is my hope that the Council will provide UNISFA with a continued, and somewhat strengthened, mandate in this particular area, while slowly but steadily identifying areas where the military and security side of the Mission could start preparing for an eventual drawdown.”

Meanwhile, as per the Xinhua website, the UN peacekeeping chief further stated that negotiations for a political settlement in the Abyei region, led by Sudan and South Sudan, remain critical building stones for UNISFA's departure plan. It is essential to create a set of standards in close consultation with Sudan and South Sudan as part of establishing the mission's strategic objective.

We have 250 guests and no members online