What Is Juba Peace Agreement? Know All About Sudan's Decade Long Civil War 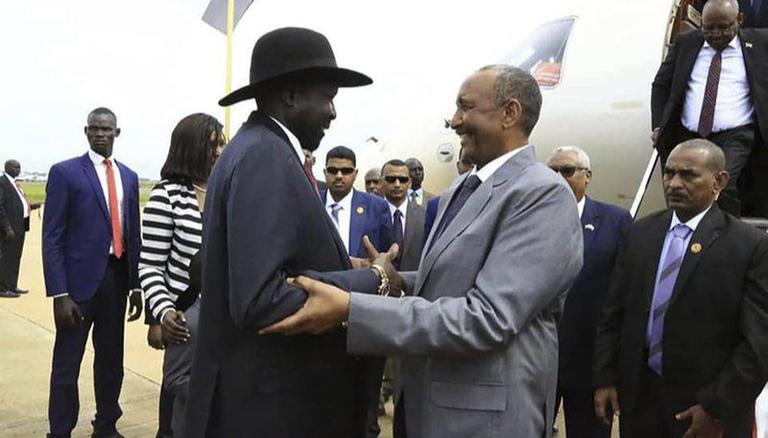 In a major blow to the Sudanese civilian government, Sudan's military seized power on Monday by dissolving the transitional government. The development came after the military troops swung into action and arrested prime minister Abdalla Hamdok[1] who took office in early 2019. Though the Ministry of Information in a statement posted on its Facebook page said Hamdok "is still the legitimate transitional authority in the country”, it is still unclear about the timeline of his release. Notably, all the developments came almost a year after Sudan’s transitional authorities and a rebel alliance signed a peace deal following months of tortuous negotiations aimed at ending the country's decades-long civil wars. Though other powerful armed groups did not support it, a major chunk of the rebel parties had bestowed their consent to the agreement.

What is Juba Peace Agreement?

On August 31, 2020, a historic peace agreement was signed by the Sudanese government headed by the incumbent Prime Minister Abdallah Hamdok after months of negotiations with the Sudanese Revolutionary Front, an alliance between Sudanese factions created in opposition to the government of President Omar al-Bashir. The main of the peace accord was to achieve stability and peace in Sudan [2]after decades of multiple civil conflicts. According to the official figures, more than three lakh people were killed and around 2.5 million were displaced in the civil war. As the agreement was signed Capital of South Sudan, Juba, it is also known as the 'Juba Agreement'. It is worth mentioning that the negotiations with rebels in Sudan’s were considered as the crucial goal for the transitional government as it allowed them to assume power after overthrowing President Omar al-Bashir in April 2019.

"The next biggest challenge is to work with all local and international partners to preach the agreement and its benefits," PM Hamdok had said after the historic agreement.

According to the agreement, members of the armed movements will be integrated into the government forces upon the dissolution of the Front's militias. The deal also granted self-rule for the southern provinces of Blue Nile, South Kordofan and West Kordofan. That deal includes a six-month deadline for achieving peace, which ran out in February. It also included land redistribution, including solving the hawakeer problem, which is a name given to lands that fall within the control of tribes or property that call for it. The agreement did not offer a “clear separation of state and religion” as demanded by Sudan’s largest single rebel group- al-Hilu’s movement and many Sudanese who denounce the weaponization of religion in Sudanese politics.

Notably, in September, the leader of the takeover, General Abdel Fattah al-Burhan, ousted the civilian-led transitional authority and detained many of its members. In a major political development on Monday, October 25, Sudanese armed forces dissolved civilian rule, arrested political leaders and called a state of emergency in the country. Reacting to the development, United Nations Secretary-General Antonio Guterres, on Monday, October 25, strongly condemned Sudan's unfolding coup and urged the Sudanese military to "immediately" release arrested politicians, including Prime Minister Abdalla Hamdok. The UN chief, in a detailed statement released later on October 25, through his spokesperson, said that Sudanese stakeholders must return to the discussion table and participate in good faith to restore the constitutional order and the transitional process in Sudan.

The US warns of possible sanctions

Meanwhile, the Biden administration [3]announced the suspension of $700 million of financial assistance given to the Northeast African country for the past two decades. While announcing the suspension, US State Department Spokesman Ned Price said the full amount of the aid package had been put on "pause" due to the military action against the democratically elected government. During the presser, the US spokesman said additional US aid to the country could also be at risk, along with the broader relationship. Further, Ned Price said that the US government was following the developments very closely and warned of possible repercussions. Also, the spokesperson warned the military authority to restore the sanctions lifted after Sudan’s removal from the terrorism sponsor list.

With inputs from AP

We have 403 guests and no members online