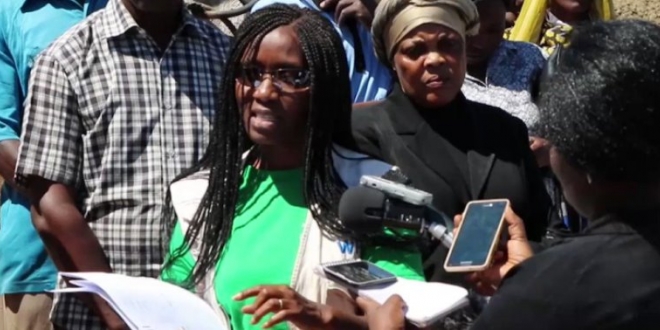 Addressing journalists in Dodoma last week, Head of Sub-office and Programme Policy Officer at WFP in Dodoma, Neema Sitta said Climate Smart Agriculture programme which is funded by the Irish government, has enabled the farmers to access markets through private buyers and companies. Sorghum is South Sudan’s staple food.

“Farmers have so far sold 17 metric tons of sorghum worth over 9bn/- to South Sudan from January this year. The three districts covered by the programme are Kongwa, Bahi and Mpwapwa. The programme is part of the WFP Country Strategic Plan for 2017/22. Almost 203 villages of the 700 Dodoma region villages have been reached,” Sitta said.

According to her, the programme apart from educating smallholder farmers to practice climate smart agriculture that follows the organic farming model, has played a vital role of keeping the farmers away from middlemen as they are linked directly to the buyers.

As a result, the farmers sold a kilogram of sorghum at 550/- instead of 250/- that they used to receive prior to the programme. WFP and its funding partners have been spending 1.75bn/- every year for the programme.

“Our supply chain component favours purchasing of local agricultural commodities and supply them to other countries in the region. This is especially for the WFP refugee programme. Since the past ten years, the agency has purchased over 700,000 tons of maize and beans for refugees and neighbouring countries,” she added.

She asserted that not less than 20 percent of the purchases are made from smallholder farmers while the bulk mostly come from Cereal and other Produce Board of Tanzania (CPB) and National Food Reserve Agency (NFRA).

Sitta noted that in its second Country Strategic Plan for 2022/27, WFP will feature sunflower farmers because the government is focusing on the cash crop as it has good market potential within and outside the country.

“One of the challenges that sorghum farmers have been facing is shortage of seeds and the WFP started by initiating a seed production facility in the region. The current production does not meet market demand thus we are considering extending the coverage of the programme to the rest of the districts in Dodoma region.

“The local market is mostly Tanzania Breweries Limited which this year demanded 10 metric tons that we have not yet managed to provide,” the WFP Head of Sub-office and Programme Policy Officer at WFP in Dodoma, noted.

We have 272 guests and no members online