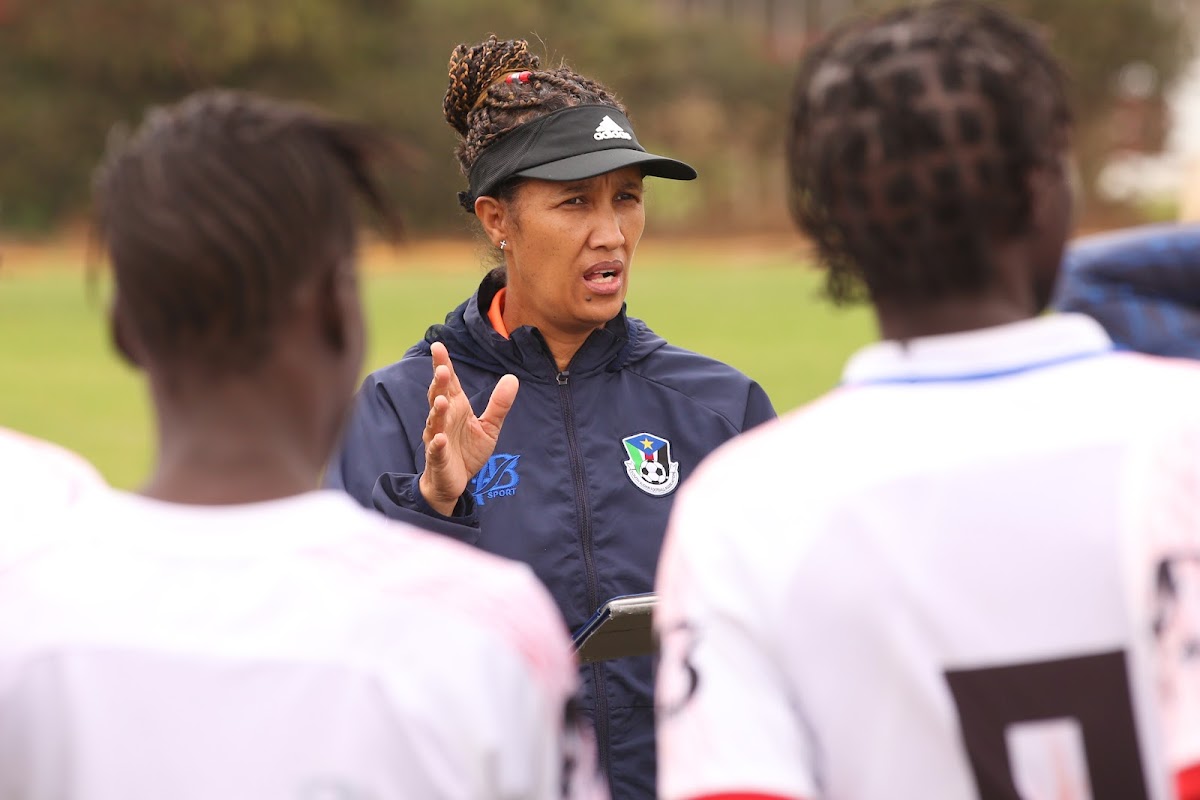 Harambeee Starlets will have to be at their best to outwit South Sudan Bright Starlets in tomorrow's Africa Women Cup of Nations qualifier reckons the visitor's coach Shilene Booysen.

South Sudan flew straight to Nairobi nine days ago from South Africa, where they participated in this year’s Cosafa Championships.

The Bright Starlets under the tutelage of South African Booysen, assisted by Kenya’s Florence ‘Kadwalo’ Adhiambo, is banking on competition sharpness from Cosafa and cohesion forged from their Kenyan camp to upset the hosts.

“We are not under pressure. The federation has been clear that first we needed a ranking which we got when we played in Cosafa. Now we need to build a team that will compete in Cecafa and Africa in two years. We are making the right strides and a win over Kenya will help our course,” Booysen said.

Kadwalo’s presence on Bright Starlets' technical bench gives them an insight on what to expect against the hosts.

“We know the pedigree that Kenya has. They are currently Cecafa champions so we are not here to take this game lightly. The girls are still learning and they want to progress but in the process, there’s desire to win and that is what the girls have come for in Kenya,” she added

The newest nation in the world is making huge strides in football and has so far registered remarkable results in their men’s game, notably frustrating the famed Uganda Cranes.

“The federation has been good by sending us to Cosafa and then straight here for the game. It is about taking the right steps in the right direction. We will not make it easy for teams and we will fight until the last minute. It is good teams are taking notice of the progress we make,” Booysen said.

“The squad is composed of very young players with just four of them above 21. We have a 16-year-old and several other teenagers. As much as we look to the future, the team is also competitive at the moment and cannot be underrated,” Ukech said.

We have 184 guests and no members online