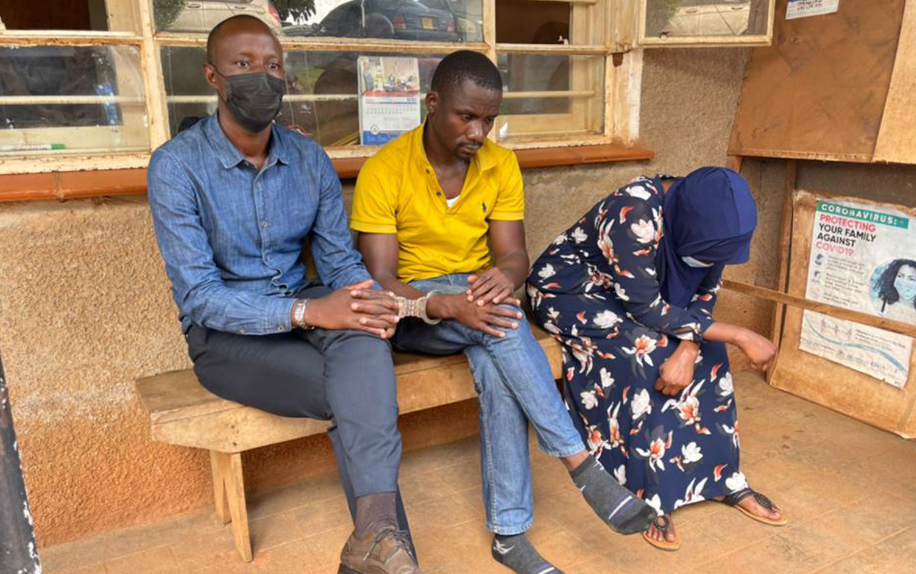 The Police on Sunday, September 12, arrested a medical doctor and two other suspects for allegedly purchasing a child for their South Sudanese client.

The Police also recovered sh64m in the two vehicles the suspects had reportedly travelled in. They were arrested at Star Royal Motel in Nalukolongo in Kampala.

The three suspects Kenneth Kayondo, a resident and salesman of a South Sudan Pharmacy in company of Dr. Gerald Akankwasa, plus Christine Nambi, were arrested after police working with a National Governmental Organisation Make a Child Smile, laid a trap.

Akankwasa owns a clinic in Bweyogerere.

In a statement released on Sunday, police noted that they received information on Wednesday, August 8, 2021, that Dr. Akankwasa was looking for a child to buy for his South Sudan client known as Monica Akello, at sh20m.

Make a Child Smile was called on board to help in the operation.

“Upon intercepting the information, a team of detectives plus Make a Child Smile was dispatched with a young baby girl of 2-3 months to verify the information and trap the suspects who were reported to be looking for a 2-3 months old child to buy. The three suspects: Kayondo a resident and salesman of a South Sudan Pharmacy in compony of Dr. Akankwasa and Nambi met the team with a child and the parents at Star Royal Motel, where the suspects offered sh20m cash to buy the child,” Police said.

Police noted that the team upon confirming the suspects' mission of buying the child for Akello, arrested the three and upon searching their motor vehicles registration number UBG 443F and UBG 107D, recovered a total of sh64m wrapped in western union envelopes.

“Statements were recorded from the witnesses, that is the parents of the child and those whom the suspects approached for the alleged transaction.”

Police said that the suspects upon interview recorded statements that they were buying the child for adoption by Akello, who had spent two weeks in one of the Buziga apartments looking for a child.

The alleged lady has not been traced for an interview and her statement.

Kayondo claimed to have brought the money from South Sudan in dollars and changed it to shillings for the purchase of the child.

The arrest comes in the wake of efforts by the Government to try and fight off human trafficking where several Ugandan children have been sold to foreigners.