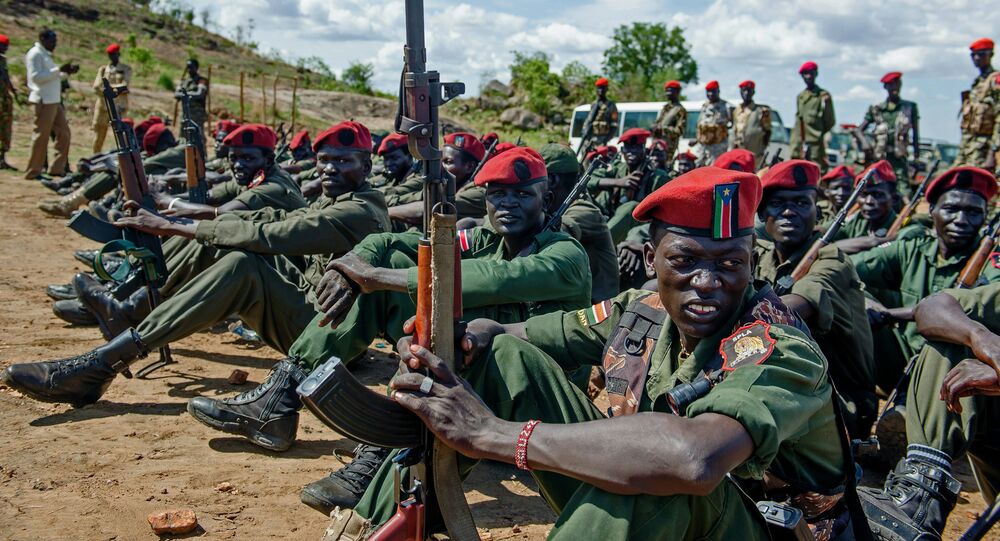 The head of the UN mission to South Sudan (Unmiss) has said it is "deeply concerned" by the "spate of extra-judicial executions" in the country.

Nicholas Haysom, the special representative of the UN secretary-general and head of Unmiss, said on Monday that 42 executions of people who were accused of criminal activity but not given a fair trial had been documented in two states.

The victims were allegedly removed from prison or police custody and brought before local officials for "sentencing".

Unmiss says eyewitnesses reported that some men were taken to remote areas, tied to trees, and executed by firing squad.

In some instances, their bodies were reportedly left on the trees as an example to the community.

Mr Haysom called the killings "deeply disturbing", adding, "people accused of crimes have the right to a fair trial as part of a formal judicial process".

He also said: "Extra-judicial killings are not a solution to restoring law and order, we must instead focus on building strong, well-developed local justice chains that resolve criminal cases in a fair and just manner."

He urged South Sudanese authorities to investigate and prosecute those responsible for the executions.

South Sudanese authorities have not yet commented on the allegations.

We have 246 guests and no members online