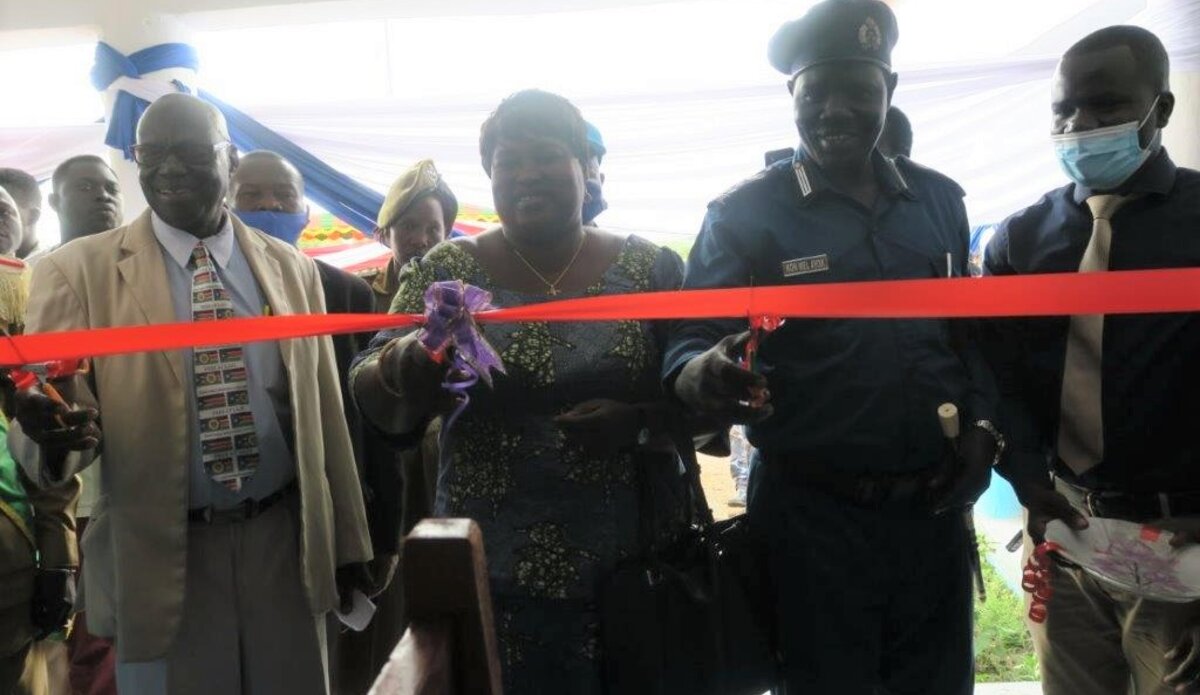 For more than eight months, Sergeant Akeu has been running this remote police post in Western Bahr el Ghazal state by himself, with help from local youth and communities.

“I was dependent on community tukuls for office space in Eastern Bank; the police station, if you could even call it that, basically just a tree under which we detained offenders until we could arrange their transfer to the police station in Wau,” he reveals.

The new building, constructed under the mission’s Quick Impact Projects (QIPs) programme, consists of four offices and four detention cells—a luxury compared to what prisoners and Sergeant Akeu have experienced in the past.

Community members share the Sergeant’s sense of relief. “I am very happy to see the police station today. Earlier, it was a serious problem for us bring our complaints to the authorities, but now, I believe, the police station will help reduce criminality crimes and protect our property,” said Aluat Ajanj Kuol, at the handover ceremony.

Ms. Kuol also added that in her opinion, having a functional police station will encourage people displaced during the civil war to return home to the payam.

“This is an important project that will provide much relief to the residents of Eastern Bank, who have been very proactive themselves in maintaining law and order. They are true heroes,” said Henry Sambai, Relief, Reintegration and Protection Officer, UNMISS. “As the United Nations peacekeeping mission here in South Sudan, we are mandated to enhance the capacity of state authorities in protecting civilians and this police station manifests the mission’s commitment to that cause.”

Quick Impact Projects are small-scale initiatives funded by the UNMISS to benefit local communities across the country by addressing urgent public needs.