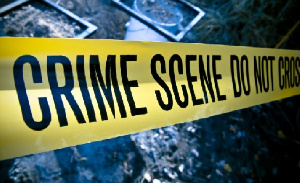 The deceased child was identified as Okech Moses

In South Sudan's Eastern Equatoria State, police have arrested three suspects in connection with the killing of a two-year-old boy whose body was found hanging from a tree in the Pajok area of Magwi County on Tuesday.

The child was identified as Okech Moses.

Lt. Michael Koko, the chief inspector of Ayachi police, told Radio Tamazuj on Thursday that three men had been arrested while three girls were released in the course of investigations.

“I received a telephone call on 23 February that there was a child who got lost in Obbo Boma but was later found dead. So I went with the soldiers and found the child’s body hanging from a big tree,” he explained.

The police officer said investigations into the incident are still underway.

David Ocheng Tukwaro, the Executive Director of Magwi County, confirmed the incident and said he advised the police in Ayachi to refer the case to Torit town for further investigations.

We have 126 guests and no members online