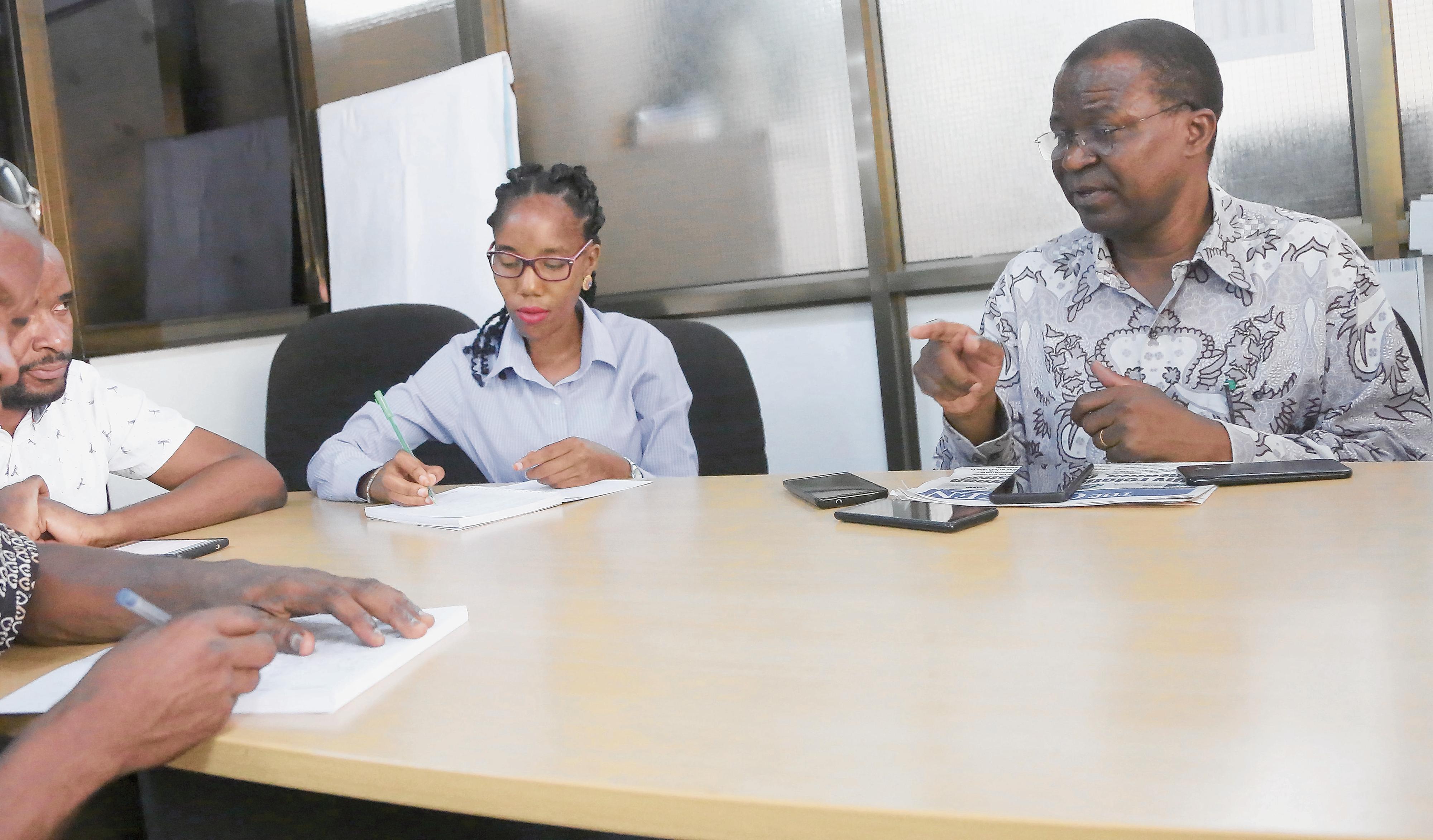 Who is Dr Patrick Mugoya?

Dr Mugoya is a tax expert, holding a Doctorate of Philosophy Degree (PhD). I am the fourth child in a family of six children. I was born in 1965 at Kiabakari in Musoma, Mara Region. I am married - and the father of three daughters and a son.

How did you secure your current job?

Before my new role, I was deputy commissioner for Tanzania Revenue Authority (TRA), rector for the Institute of Tax Administration and a researcher in the Planning Directorate of the East African Community (EAC).

I applied for the job in January 2020 and competed with 11 other tax gurus from different African countries.

The recruitment process was funded by the African Development Bank (AfDB) with the aim of building the capacity of the country in the revenue collections stakes, particularly focusing on taxable sectors other than oil so as to diversify revenue sources.

I believe I was able to secure the job due to my expertise and experience in the field, as well as Tanzania’s reputable image and good relations between the two countries. Foreign countries believe that all Tanzanians are patriotic, hard working, not corrupt - and that they are able to persevere when faced with challenges. They believe that all Tanzanians are as disciplined as President John Magufuli is!

My personal relationship with South Sudan dates back to my days as rector at the Institute of Tax Administration in 2011 when I briefly worked there on a one-year post-independence programme on tax issues.

I also have experience in human resource management, revenue collection, customs and integration in the EAC.

By being head of the SSNRA, what are your roles and plans?

My major role is to develop a strategic plan that would create a transparent and accountable collection of non-oil public revenues.

Currently, the economy of South Sudan relies heavily on oil; but the resource is not sustainable because it may get depleted... And also because it is dependent on global prices. I want to develop a Five-Year Strategic Plan that would see to South Sudan collecting more revenues from non-oil sources. I also want to build a team that would collect taxes in a manner that is friendly to taxpayers.

I plan to seal all loopholes for tax evasion, tax avoidance, unscrupulous exemptions and smuggling, among others.

What have you achieved so far?

Within my short time in the office, I have managed to increase revenue collections by about ten per cent during October, November and December 2020.

What are possible economic opportunities that Tanzanians can exploit in South Sudan?

South Sudan offers massive investment opportunities that would quickly turn Tanzanian entrepreneurs into dollar millionaires if they grab them.

South Sudan imports almost all the food and industrial products it uses, a development that could be utilised to the benefit of Tanzanian producers.

South Sudan is mostly fed by the EAC countries, especially Tanzania, Kenya and Uganda. However, products like rice and maize flour from Kenya and Uganda are merely being re-exported to South Sudan after being imported from Tanzania.

I think Tanzania stands a big chance to capture the market if it directly exports agricultural and industrial products to South Sudan - or invests in that country. The country offers massive investment and trade opportunities in agriculture, construction, communications, quarrying and industrial sectors.

Its rich biodiversity includes lush savannas, swamplands, rainforests and arable land. This means the country is favourable for agricultural activities and wildlife - which provides tourism opportunities.

Transport is another big market there because South Sudan is a landlocked nation, which currently depends much on Mombasa port for its imports and exports. Dar es Salaam port can play a big role, too.

How safe is it to invest in South Sudan?

South Sudan gained its independence from Sudan on July 9, 2011 and it is home to over 60 different ethnic groups.

There were sporadic post-independence conflicts, with a civil war breaking out in 2013 when the president fell out with his then-vice president, leading to a conflict that has displaced some four million people.

However, political stability is improving since the power-sharing agreement was signed between the warring parties in August 2018.

With your experience from Tanzania, what are you bringing to South Sudan?

I have a lot in mind. But, the biggest one is reforming the Policy and Tax Administration. As you know, TRA has gone through many reforms towards its improvements in various systems, so this is what is needed in South Sudan right now.

I also want to introduce a value-added tax (VAT) which currently does not exist there.

I will also venture into the collection of non-tax revenues.

The South Sudanese have been wondering how Tanzania gets money to run the government without oil - and one of my tasks is to teach them how to do it.

How long is your contract in South Sudan?

It is a one-year contract; but it is renewable.

What was it like to lead a revenue body in an oil-dependent economy during the Covid-19 pandemic?

The country went through tough times to the extent that the government could not be able to pay the salaries of its civil servants on time. They spent up to three months without being paid - and this was precisely why they hired me!

Can you briefly tell our readers about the security situation in South Sudan?

My presence there proves that the issue of ethnicity and security in general is not a big challenge at the moment. The conflict among tribes is not that big - and it is only being fuelled by some people for their own benefit.

How difficult is it to work in your role in South Sudan?

It is very difficult. The country doesn’t have an electronic revenue collection system, and the old paper system is still in place.

The former commissioner, for example, was walking around with a cheque book because there was no proper revenue collection system. They deposit and withdraw money in safe deposit boxes which have been installed in offices because no bank system was installed.

This was why I have decided to bring the management team from SSNRA to Tanzania so that they can learn from TRA.

Why did it take South Sudan so long to install revenue collection systems since attaining independence in 2011?

After independence, many countries sent experts and funds to build the capacity of South Sudan’s experts. But then civil war broke out in 2013.

I am sure that if the country did not have conflicts and war, its economy would have been bigger than some of the East African countries’!

What are your hobbies?

I love watching and listening to news bulletins to know what’s going on in the world. In the past when I was young and strong, I used to play basketball, but nowadays I can’t. My favourite food is Ugali and fish.