US and 31 countries, including South Sudan, sign declaration affirming right to life 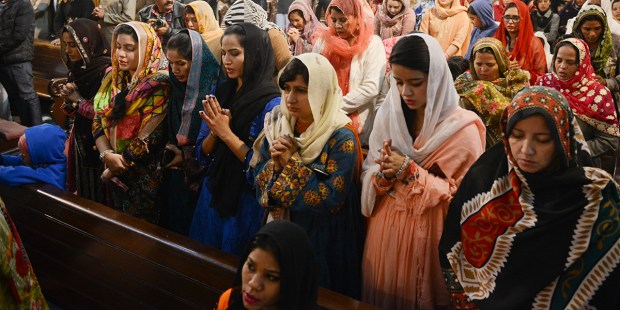 In the week leading up to the United Nations’ 75th anniversary, the United States and 31 other countries signed a declaration stating that there is no international right to abortion and reaffirming individual countries’ right to decide abortion laws for themselves.

The Geneva Convention Declaration, sponsored by Brazil, Egypt, Hungary, Indonesia, Uganda, and the U.S., was signed in a virtual ceremony October 22.

The signing was originally planned to take place on the margins of the 2020 World Health Assembly in Geneva, but because of the COVID-19 pandemic it had to be done through a video conference.

Signatories pledged to support the role of the family as “foundational to society and as a source of health, support, and care.”

The declaration reaffirms that “all are equal before the law” and that “human rights of women are an inalienable, integral, and indivisible part of all human rights and fundamental freedoms.”

“Women and girls must enjoy equal access to quality education, economic resources, and political participation as well as equal opportunities with men and boys for employment, leadership and decision-making at all levels,” the declaration states.

In addition, the signers reaffirm the fact that “every human being has the inherent right to life” and the commitment “to enable women to go safely through pregnancy and childbirth and provide couples with the best chance of having a healthy infant.”

“In no case should abortion be promoted as a method of family planning,” the signatories agree. “Any measures or changes related to abortion within the health system can only be determined at the national or local level according to the national legislative process.”

Further, they reaffirm that “the family is the natural and fundamental group unit of society and is entitled to protection by society and the State,” that “motherhood and childhood are entitled to special care and assistance,” and that “women play a critical role in the family.”

The declaration specifically excludes abortion from “sexual and reproductive health,” which the signatories say should be improved.

“The Declaration says what pro-lifers have maintained for decades at the UN, that there is no global right to abortion and that abortion cannot be imposed by the UN because abortion is a matter of national sovereignty,” said Austin Ruse, president of the Center for Family and Human Rights at the U.N., in a statement. “The Declaration also repeats language from the Universal Declaration of Human Rights that the family is the natural and fundamental group unit of society and is entitled to protection by society and the state.“

During the signing ceremony, U.S. Secretary of State Michael R. Pompeo commented, “We in America believe that every child — born and unborn — is a sacred gift from God.” He also said the State Department will fully apply the law prohibiting the use of U.S. funds to lobby on abortion.

Minister for the Family of Hungary Katalin Novak, said, “In the name of gender ideology, ideological neo-colonialism, and sex education there are efforts to devalue the traditional family, the institution of marriage, the blessing of having children.”

We have 167 guests and no members online