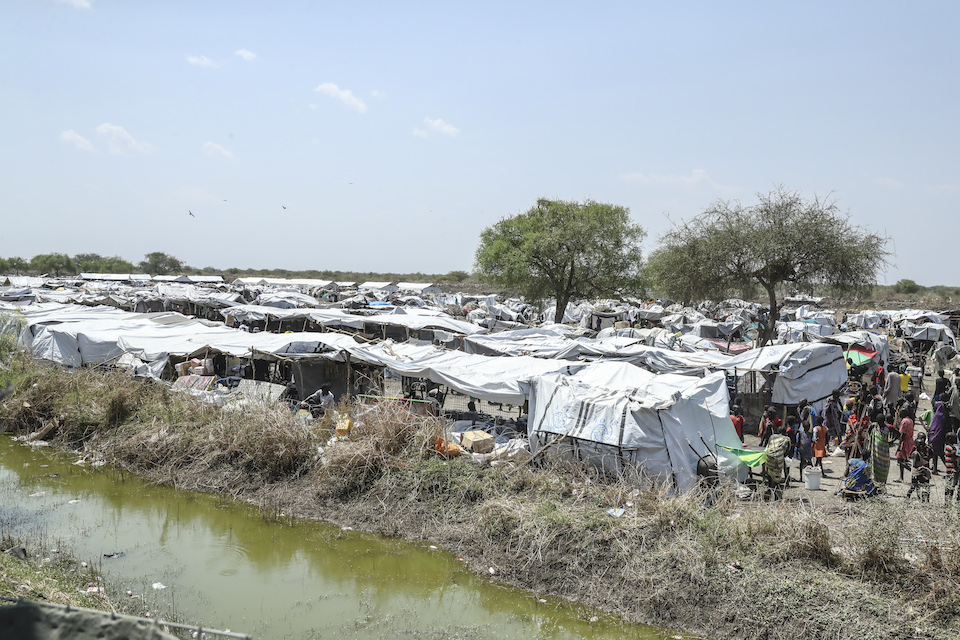 Thank you, Mr President. I would like to also thank SRSG Shearer and USG Lowcock for their briefings, and I’m particularly grateful to Ms Tai for bringing her story and her pragmatic and clear vision to this Council. Between them, they illustrated the dire and deteriorating humanitarian situation faced by millions of South Sudanese and the urgent need for the full implementation of the Peace Agreement.

I also want to convey the United Kingdom’s gratitude for the work of the humanitarian community in South Sudan. We’ve heard today how challenging the humanitarian environment is; with seven aid workers killed this year alone, it’s a sad fact that South Sudan remains one of the most dangerous places in the world to be an aid worker. But we know that without them, countless more lives would have been lost.

I’d like to touch on three issues, Mr President. The first is the implementation of the Peace Agreement. Two years ago, this Council welcomed the leadership shown by all sides in signing the revitalised Peace Agreement. Despite significant delays, we also welcomed in February the leadership by the parties in forming the revitalised Transitional Government of National Unity. Since then, we have seen some positive steps taken to build state-level institutions. However, the people of South Sudan need to see the dividends of peace. And we’ve heard this a lot from colleagues today. Implementation of the peace agreement must now be accelerated and we stand ready to support further progress.

But, Mr President, ongoing violence is the key driver of humanitarian need in South Sudan. We’re deeply concerned by the increased violence that has led so many civilian deaths in recent months. We call on the government in Juba and all those involved to make concerted efforts to stop the killing and address the root causes of conflict through effective governance and dialogue at a national and local level. This includes addressing outstanding issues under the Peace Agreement, notably the appointment of the Governor in Upper Nile State. We also call on non-signatories to engage in the Rome process and for all sides to respect the cessation of hostilities. With thousands of South Sudanese lives at risk, compromise and collaboration is needed now more urgently than ever.

Secondly, on the humanitarian situation, Mr President, the stalled peace process and increasing subnational violence have exacerbated the stark deterioration of the humanitarian situation. As we’ve heard today, the situation is desperate: 7.5 million in humanitarian need, economic deterioration and a growing risk of famine. This has been amplified by the impact of the Covid-19 pandemic, by desert locusts and by flooding. Already, over half the population face acute food insecurity, and some areas now face the very real prospect of famine-like conditions. This must be addressed without delay. I was impressed by USG Lowcock’s innovative approach to dealing with these challenges. But the bottom line is clear: they need more resources.

The other impediment is the limits of humanitarian access that hurt those who need it most. Again, it was good to hear that OCHA are innovating to deal with challenges and provision, but it’s also vital that South Sudan’s government ensure that humanitarian workers can access communities in need and that UNMISS can carry out its mandate unhindered.

Finally, on the protection of civilians, it was incredibly worrying to hear about the spike in violence, particularly the presence of actors from outside South Sudan exacerbating the problem. Ultimately, the primary responsibility for protecting South Sudan’s citizens rests with the government of South Sudan, including the respect to those currently living in the UN’s Protection of Civilian Sites. The mission’s plan to re-designate PoC Sites should be implemented through close consultation with the affected communities and with humanitarian actors in a transparent process that prioritises safety and security. Again, we were encouraged to hear SRSG Shearer talk about how the mission can adapt to their operating environment and find new ways to deliver its mandate.

As others have said, it’s also critical that South Sudan cooperate rather than inhibit UNMISS and ensure the mission can deliver its PoC mandate. I join Kristof and others saying we hope the representative of South Sudan can join us in December to give us the government’s perspective on these issues and also to hear directly the Council’s concerns and the briefings.

Mr President, the South Sudanese people deserve lasting peace and stability. And we call on all parties to redouble their efforts to realise that aim in the spirit of cooperation envisaged in the 2018 Peace Agreement.