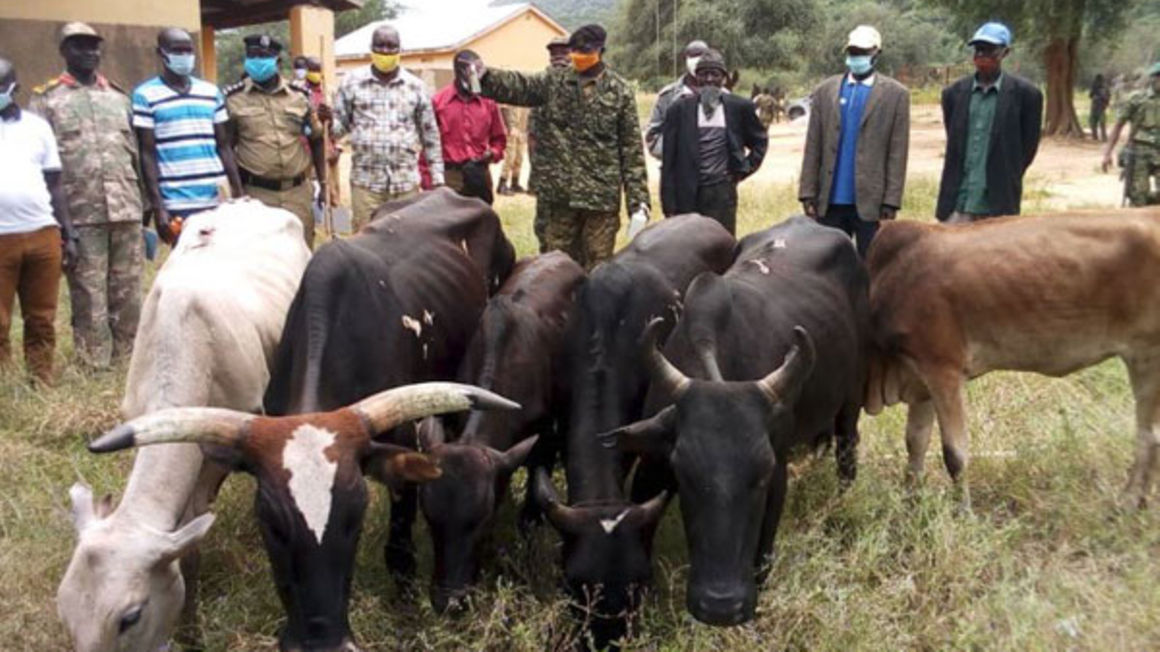 The government of South Sudan has handed over stolen cows back to Uganda, following the recent incident of cattle theft in Lamwo District in Northern Uganda by South Sudanese warriors.

On August 27, 2020, the Langi warriors from South Sudan invaded Agoro Sub County in Lamwo and raided 28 heads of cattle, according to the Uganda People’s Defence Forces (UPDF).

Lt Hassan Ahamed Kato, the UPDF 5th Division spokesperson, said at least 18 heads of cattle were later recovered from the raiders while 10 of them crossed to South Sudan.

“We followed the 10 animals through the government of South Sudan and their response was positive,” he said.

Eight cows were recovered and handed over to the UPDF leadership at the border on Monday by the South Sudan’s Chief Inspector of Police, Mr Mathew Ochaya.

“As UPDF, it’s within our mandate to work with civil authority and the local populace in an effort to protect their lives and their property. We call upon those whose animals were taken to follow through the office of the RDC Lamwo for identification,” he added.

For several years now, there has been no peace at the South Sudan-Uganda border. In August 2015, more than 400 people in Lamwo fled their homes due to rising tension resulting from the border dispute between Uganda and South Sudan.

Daily Monitor reported that during this particular incident, South Sudan soldiers attacked Lamwo and entered more than nine kilometers into Uganda territory. Dozens of livestock belonging to the local population were also reportedly looted in that raid.

This email address is being protected from spambots. You need JavaScript enabled to view it.