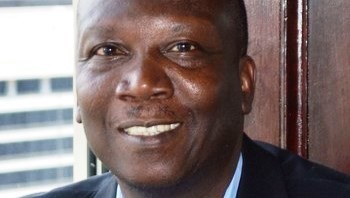 While governments around the world are working diligently to end the coronavirus pandemic and restart economies, social interaction and mobility, South Sudan’s government continues to capitalize on such dire human suffering to torture, displace and uproot many of its citizens across the country. The international community continues to turn a blind eye to the current grave human rights abuses across South Sudan.  Nonetheless, IGAD, the regional actors and beneficiaries of war in South Sudan, continue to demonstrate poor leadership over the intentional and tactical delays of the implementation of the Revitalized Agreement of the Resolution of the Conflict on South Sudan (R-ARCSS).

Apparently, the government in Juba is working hard to redefine the recently signed peace agreement that provides for limited tribal power-sharing between the Dinka and the Nuer in an ethnic power-sharing model where the interest of the so-called ethnic majority is preserved. Consequently, the Juba government has intensified aggression against ethnic minorities in Western Bahr el Ghazal, Central and Eastern Equatoria and Upper Nile state.

The so-called R-ARCSS has become a Juba-based initiative that the warring parties would like to perceive as personal and tribal affairs, with no remorse at the ongoing suffering of the South Sudanese people. None of the ethnic minority regions are at peace or able to protect themselves from the current corona pandemic which is sweeping the world. The SPLM-IO, which claims to lead the Ministry of Defense in Juba, is unable to release one of its own sector division generals in Western Bahr el Ghazal. Mr. Bol Wek was abducted by South Sudan People’s Defense Forces (SSPDF) over four weeks ago.

The SSDF General Mr. Bol Akot has taken advantage of the so-called communal disarmament to employ tribal revenge and terrorized innocent Luo citizens in villages and around the city of Wau. In this context, the arrest of IO General Bol Wek by SSPDF General Bol Akot was perceived by local Luo groups as an act of targeted tribal revenge, given the fact that the two generals come from the two competing ethnic groups of Luo Western Bahr el Ghazal State and the Dinka Tonj of Warrab State. To date, looting, burning of villages—such as the incident in the village of Abony-bony—and destruction of farms by the SSDF has resulted in the displacement of hundreds of villagers. The road between Juba and Wau is now considered dangerous because of the SSPDF bandits from Tonj. According to United Nations Office for the Coordination of Humanitarian Affairs (OCHA), only 25% of assessed settlements reported feeling safe most of the time, with the lowest reporting in Greater Tonj (12%) and Jur River County (0%), a region of Wau dominated by the Luo people.

The construction of social and political issues based on ethnic and tribal affiliation has dominated the political arena in South Sudan since its inception. The Dinka-dominated SSPDF often takes advantage of government resources to settle the political grievances of the marginalized South Sudanese minority groups or treats them as rebels if any member of these minority groups joins or forms a rebellion against the government in Juba. Members of the SSPDF are sensitized socially, culturally, politically, and psychologically to perceive the Army and the government as belonging to the Dinkas. These lines of thinking have left many ethnic minorities in the country at an economic disadvantage, as well as marginalized and abused socially and politically.

As a result, the SSPDF is perceived poorly by minorities in South Sudan due to the lack of professional integrity and a biased approach in dealing with national issues. Further, it is now obvious that many affected regions and villages destroyed by the SSDF to date were comprised of minority ethnic groups. Recently in Southern Bari, Yapa Boma, the home village of VP Dr. Wani Igga, was burned down by SSPDF, with villagers tortured, displaced, and uprooted from their ancestral land. The OCHA noted that the humanitarian situation in Central Equatoria State (CES) and Eastern Equatoria State (EES) remained critical. Their reports further stated that these regions are largely unassessed due to access and resource constraints, so limited accurate information is available to humanitarian actors to inform their response. In this context, OXFAM International has recorded over 95,000 registered refugees in Uganda and confirmed that there are around 1,000 new arrivals every day from Equatoria region. This statistic excludes refugees in Kenya, Sudan, Central Africa, and other African countries.

The situation is no different in the Upper Nile region as far as ethnic violence and the politics of ethnicity are concerned. The delays in the appointment of the Upper Nile state and refusal of the president to accept the IO nomination of Gen. Johnson Olony as stipulated in R-ARCSS is another testimony of ethnic favoritism which is coupled with land grabbing in the region. According to Article 1.3.1 of the R-ARCSS, SPLM-IO has the right to nominate its candidates. Even so, the president continues to complicate the appointment of the IO nominee and is perhaps ready to take the country back to war again.

The author Kon K Madut is a Part-time Professor with the University of Ottawa and a Civil Servant with the City of Ottawa municipal government. He can be reached at This email address is being protected from spambots. You need JavaScript enabled to view it.[1]

The views expressed in ‘opinion’ articles published by Radio Tamazuj are solely those of the writer. The veracity of any claims made are the responsibility of the author, not Radio Tamazuj.