Lifting the arms embargo on South Sudan would be a disgrace 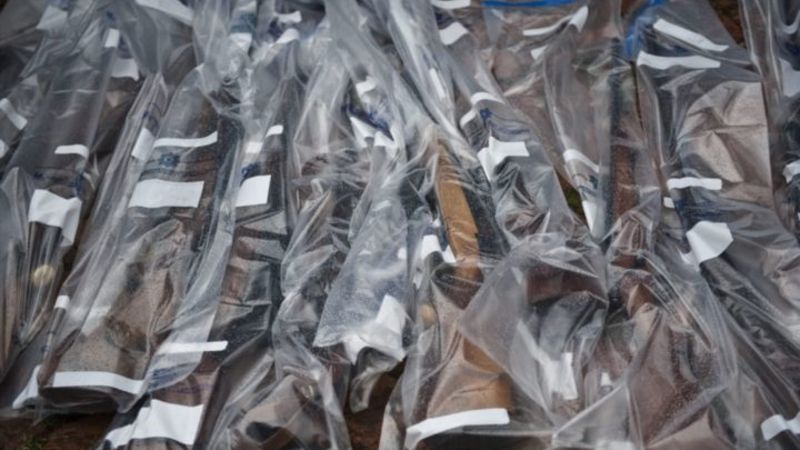 Later this month, the UN Security Council will vote on whether to lift the arms embargo on South Sudan. Doing so would be a terrible mistake

The African Union (AU) under the chairmanship of South African President Cyril Ramaphosa[1] — in this year in which it is calling for the ‘silencing of the guns[2]’ — has an opportunity to show the world that it can take a stand against its member states which are violating the human rights of its citizens.

The United Nations Security Council[3] is scheduled to debate on May 31 2020 a proposed resolution to lift the arms embargo against South Sudan[4]. Meanwhile, civil society organisations in that country are calling on the Security Council and the international community, especially the AU, to vote for the renewal of the arms embargo.

Neither the UNSC nor the AU can afford to be associated with the violence in South Sudan. Human rights groups, including the United Nations own investigators, have documented horrific human rights abuses including rape, torture and murder committed by both government forces and lawless militias that roam that country. Ordinary South Sudanese have become victims of a political and ethnic power struggle amid fierce competition among the ruling elite for the control of state resources.

This is a country where there are more cabinet ministers and vice-presidents than there are ventilators to treat victims of the Covid-19 pandemic[5]. South Sudan does not need arms. It needs health facilities to curb and flatten the curve of the coronavirus.

Lifting of the arms embargo would reverse the gains of the recent peace process and unification exercise. Does it make sense to be considering lifting an arms embargo against a government which has killed more innocent civilians in the last few years than the pandemic has so far killed in the entire continent. Who is the enemy against whom these arms are going to be unleashed? The enemy of the state should be the virus, and not civilians. Why not import ventilators, masks and protective clothing instead of arms?

Whilst the world is declaring war against coronavirus South Sudan wants to unleash war against its unarmed civilians. What justification for the government of South Sudan to be calling for the lifting of the arms embargo at this time when the world is trying to save the developing countries’ collapsing economies. Is coronavirus not the enemy against which the African continent’s arsenals should be unleashed?

Who is going to benefit from the lifting of the arms embargo, certainly not the civilian population of South Sudan. The killing of innocent civilians most probably will exceed what the coronavirus is projected might wipe out if intervention were to be effected timeously instead of buying arms. The question is why would countries that believe in protection of human rights want to sell arms to South Sudan which is in such a dire need for peace. The government of Sudan has no foreign enemy, its enemy is its civilian population whose security depends on the state.

The chaos in South Sudan, the collapsed and the dysfunctional state institutions have created a fertile ground for the ruling elite to loot state assets and to prey on innocent civilians.

The unbridled chaos that prevails in that country has created a fertile ground for corrupt state officials to use ethnicity and patronage to dish out state resources whilst leaving the poor starving to death in a country which is abundantly endowed with natural resources. Instead of the government inviting investors to grow the economy, it is calling for the lifting of the arms embargo in order to further erode civilian liberties and to consolidate the factionalised oligarchic rule or dictatorship.

Sadly, this is happening under the watch of the AU currently. This is the opportunity for the AU to intervene on behalf of the helpless and voiceless citizens of South Sudan. People want food, they want shelter, they want health facilities, they want peace — not guns.

Thozamile Botha is a political activist and a member of the Stalwarts and Veterans Group of the African National Congress (ANC).

We have 243 guests and no members online