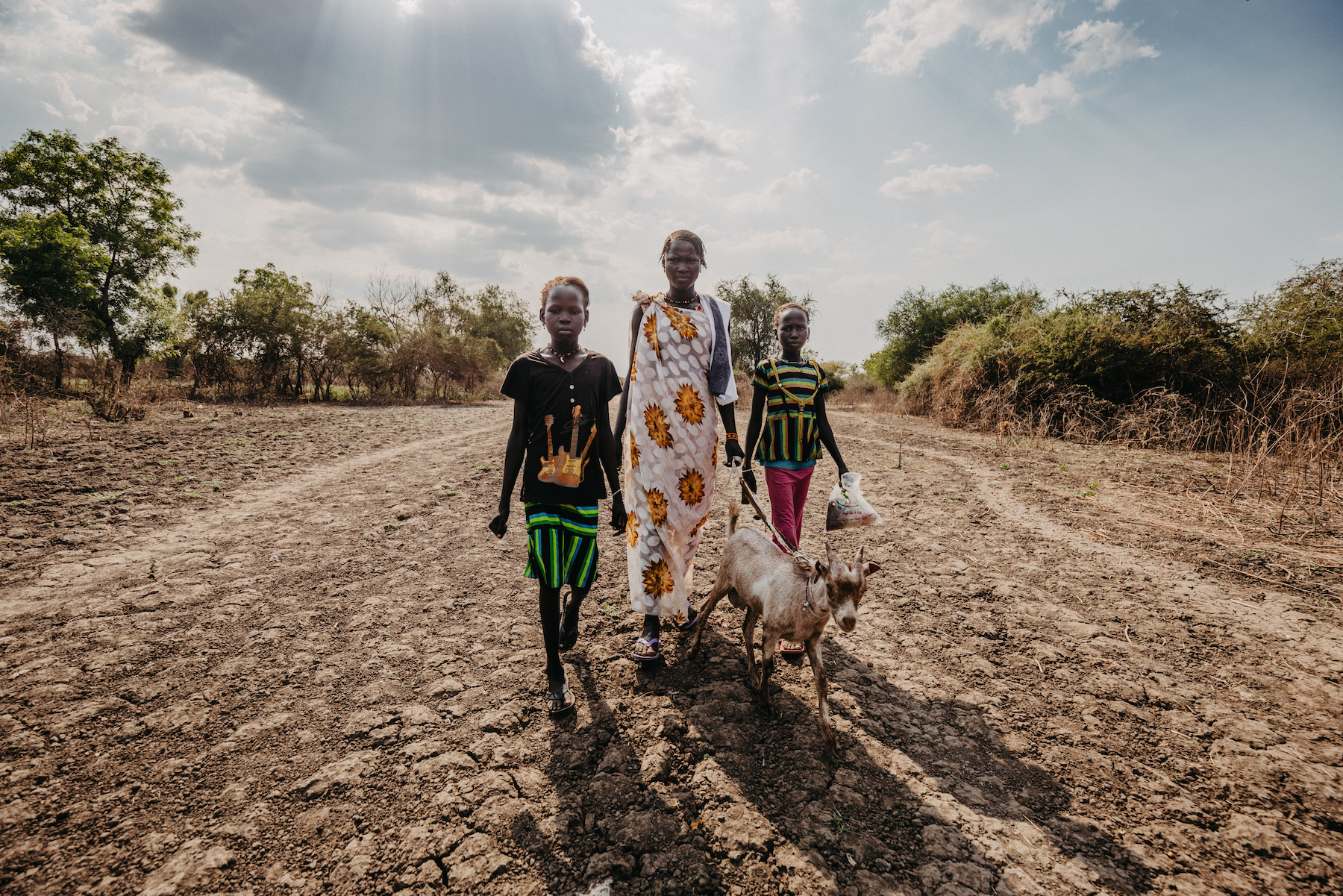 Three young girls tend to their family's goat in Pibor, one of the poorest towns in South Sudan. (Photo: Michael Anthony Adam/VICE News)

This article originally appeared on VICE US.

MALAKAL, South Sudan — Six years of civil war between the forces of President Salva Kiir and those of his former deputy-turned rebel leader Riek Machar ended in February after more than a year of negotiations.

The announcement of a new, unified government has been met with cautious optimism. Past ceasefires and peace deals between the feuding leaders failed to end the conflict that killed more than 400,000 people and displaced millions more.

To ensure peace, the new government forced more than 50,000 police officers, soldiers, and rebels into camps to become its new, unified peacekeeping force. They’ll be deployed across the country to handle everything from fighting fires to guarding the president.

“Not so long ago, these were enemies fighting each other,” said Hazel de Wet who runs the UN mission in South Sudan’s Upper Nile region. “Think through the amount of trauma, the level of violence that has been committed against them.”

These training sites are the most significant step the nation’s taken toward peace, but tensions, largely along ethnic lines, still run high throughout South Sudan.

In Malakal, the fight for control over land and resources had turned into an ethnic cleansing campaign by Dinkas backed by the government of President Salva Kiir. In 2015 and 2016, thousands of the Shilluk minority living in the country's second-largest city were killed, and more than 25,000 fled to a camp run by the United Nations.

“They killed the civilians,” said Mayom Yones, a lawyer and journalist who was forced out of his home during the conflict and is now living in the camp a few miles away. “They didn't care — a girl, a woman, old man, children — they killed everyone.”

In the years since the Shilluk fled Malakal, many of the homes they left behind were taken over by the Dinka.

“We came after we heard that there was housing in Malakal,” said Akuol Lam, who occupied one of the hundreds of homes in Malakal abandoned during the war. “When you find an empty house with no one living there, you just clean it, move your stuff in there, and stay.”

How and when the Shilluk can return to their homes is just the latest dispute in an increasingly tense standoff between them and the Dinkas now living in Malakal. Yones and thousands of others living in the UN camp fear further attacks if they go back.

“If you're going to Malakal and you tell someone ‘I need my house,’ he tells you it does not belong to you,” he said, adding that this impasse[1] could lead to more fighting. “We have many men that are ready to die for our land.”

The Dinkas, on the other hand, say the Shilluk have nothing to fear.

When asked what she would say to the owners of the house that Lam and her kids are living in, she said, “You’re welcome to come to stay in your house, but I don’t have anywhere to go.”

We have 205 guests and no members online