Despite mediation, no solution yet to South Sudan issue of the number of states 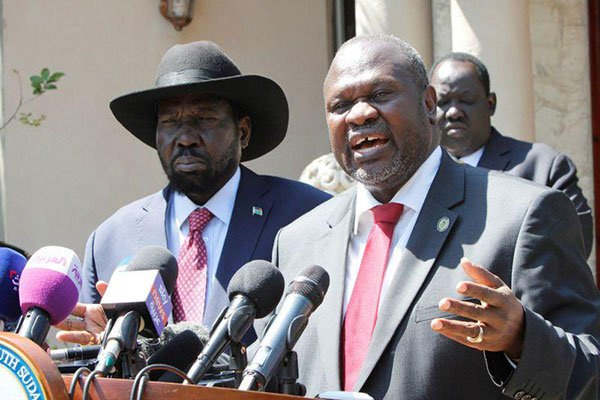 The controversial issue of the number of states in South Sudan is now in the hands of South Africa after the two principals failed to agree.

The meeting in Juba was also attended by Sudan’s deputy head of the Sovereign Council, Mohamed Hamdan Daglo.

Since last December, Mr Mabuza has tried to bring the two leaders to a compromise agreement, but President Kiir has maintained that the 32 states will remain because any changes downwards will cause chaos.

Speaking to reporters in Juba after meeting President Salva Kiir on Thursday afternoon, David Mabuza said the proposal regarding to the number of state and boundaries could be discussed over an extended period of 90 days more.

Dr Machar’s Sudanese People’s Liberation Movement in Opposition (SPLM-IO) and other opposition signatories to the September 2018 peace agreement have called for reverting to the original 10 states if President Kiir refuses to review the boundaries and consider having 23 states.

We have 254 guests and no members online