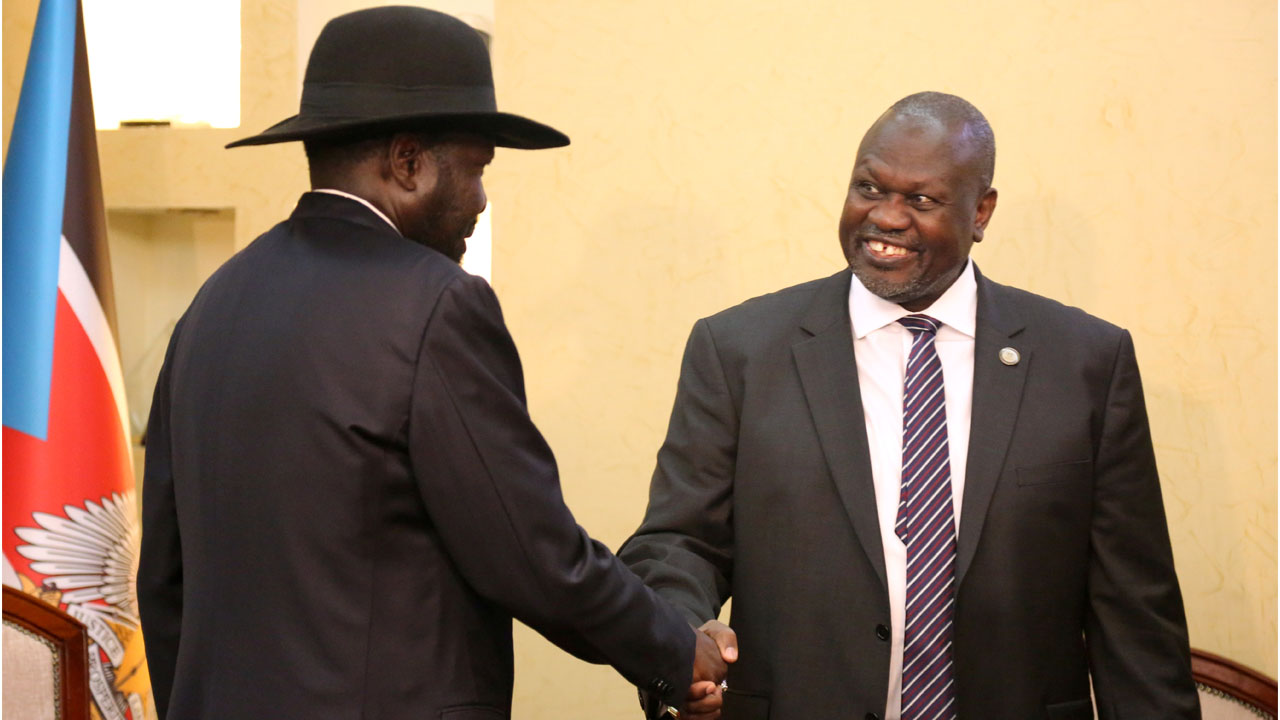 South Sudan President Salva Kiir and rebel leader Riek Machar held fresh talks Wednesday in a bid to break a deadlock over states and internal borders in the troubled country, in order to form a unity government next month.

The longtime rivals have held several rounds of discussions in the capital Juba since November, when they were given 100 more days to form a unity government, after two failed attempts to resolve all the issues required under a September 2018 peace deal.

The next deadline is February 22, and South Africa has dispatched its deputy president David Mabuza to help mediate the contentious issue of the number of states and boundaries in the country.

“On the issues of the number of states, we have not agreed up to now and the government’s position has not changed,” Kiir’s security advisor Tutkew Gatluak told AFP after the parties met for two hours on Wednesday.

When it won independence in 2011, South Sudan was divided into 10 states but it has since been subdivided into 32, in what many critics see as gerrymandering of traditional boundaries by Kiir to shore up his power.

Machar is insisting on a return to the original 10 states, or 21 states as based on colonial boundaries.

A technical commission set up under the peace agreement to find a compromise failed to do so and said only a political agreement would lead to progress.

Mabuza is holding consultations with various parties and is expected to present a report with his findings in the coming days as they work towards a compromise.

War broke out in South Sudan in December 2013 after a falling out between Kiir and Machar sparked ethnic clashes and brutal violence, leaving almost 400,000 dead.

Another sticking point has been security issues, such as training and uniting rebel and government troops into a single army and assuring Machar’s safety in Juba.