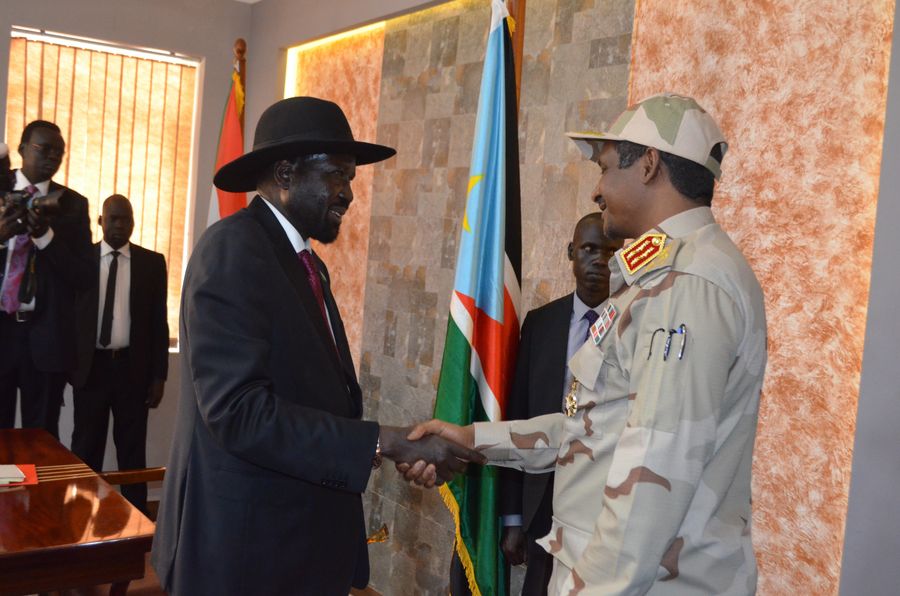 South Sudan has made significant progress towards the unification of forces as parties to the revitalized peace agreement completed half-mark of the 100 day extension period that began in November 2019.

JUBA, Jan. 9 (Xinhua) -- South Sudan said on Wednesday significant progress has been made towards the unification of forces as parties to the revitalized peace agreement completed half-mark of the 100 day extension period that began in November 2019.

Michael Makuei Lueth, minister of information and broadcasting, said the security arrangements are underway, noting that army unification is a major part of the deal that will pave way for the formation of a new unity government at the expiry of the 100-day extension period.

"The people (forces) are moving to the training camps. Those who are to be trained are not civilians. They are already military personnel. So all that they need is a fresher course which can take two or three weeks," Makuei told Xinhua in Juba.

He said that parties to the revitalized peace accord are committed to its full implementation and formation of a unity government.

"Number of states and allocation of ministerial portfolio and states will be agreed within the next few days," said Makuei.

"Riek Machar, opposition leader of the main Sudan People's Liberation Movement-In Opposition (SPLM-IO), has not come back and we are expecting him to come at any time," he added.

The peace deal provides that South Sudan must form a unified national army of 83,000 troops before a transitional unity government is formed by February 20, 2020, although the process has been hampered by inadequate funding. ■