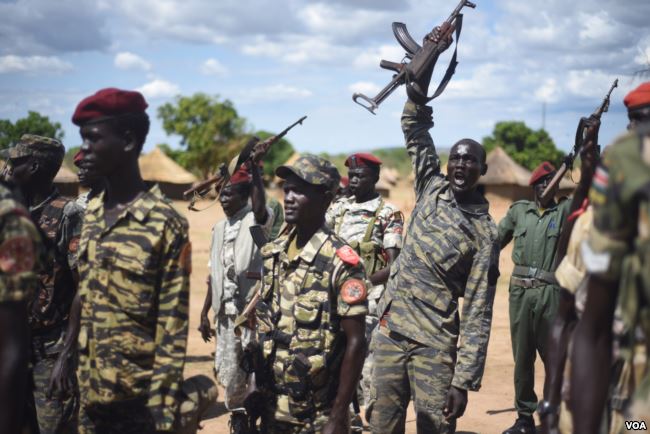 South Sudan’s main rebel group, the Sudan People’s Liberation Movement-In Opposition (SPLM-IO), has condemned the recent attack by a government-allied militia on its position in Jekow area in the northern oil-rich Adar state.

Puok Both Baluang, SPLM-IO spokesperson, disclosed that government-allied troops under major general James Ochan Puot who last year defected from the SPLA-IO, attacked their position, hence violating a ceasefire deal which was signed by warring parties in September 2018 in Ethiopia.

“The SPLM/SPLA-IO condemns in strongest terms possible the South Sudan People’s Defense Force (SSPDF) attack on Jekow. This attack is a grave violation to the Revitalized Agreement on the Resolution of Conflict in South Sudan, and it is also a demonstration of bad faith on the part of the government,” Baluang said in a statement issued in Juba on Monday evening.

It disclosed that government troops on Sunday launched aggressive attacks on the SPLA-IO.

The government and the opposition agreed to another 100 days extension of the Pre-transitional period before forming the much-awaited transitional unity government in February.

Despite the ceasefire having held since 2018, the warring parties are divided over determining the contentious issue of the number of states and their boundaries.

The conflict killed tens of thousands and displaced millions currently living as refugees in neighboring countries.

A peace deal signed in 2015 collapsed after the outbreak of renewed violence in July 2016. Enditem