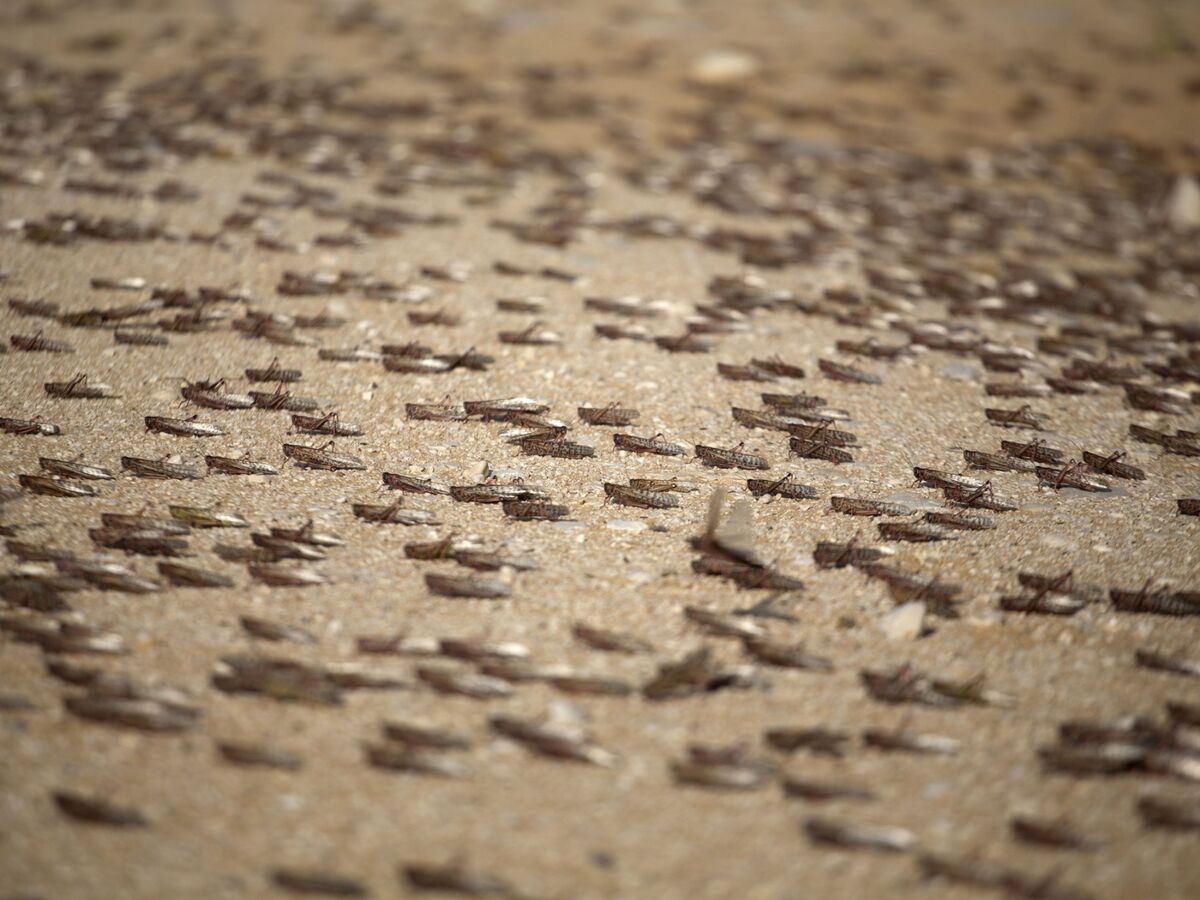 A desert locust outbreak that’s the worst in 25 years is threatening pastures and crops on both sides of the Red Sea and could spread to Uganda and South Sudan, the United Nations’ Food and Agriculture Organization said.

A potentially threatening situation is developing along both sides of the Red Sea with locust numbers increasing on the coasts of Egypt, Sudan, Eritrea, Saudi Arabia and Yemen, the FAO said on its website.

“There is a risk that some swarms could appear in northeast Uganda, southeast South Sudan and southwest Ethiopia,” it said. While control operations are going on in all affected countries, insecurity and a lack of national capacity have limited efforts in Somalia, FAO said.

While large swarms appeared near Kenya’s border with Somalia at the end of December, there’s low risk of breeding there, the FAO said. The East African nation is already spraying swathes of land in its northeast region, the Star newspaper reported on Tuesday.

Locusts can cover as much as 150 kilometers (93 miles) a day and an average swarm will destroy crops sufficient to feed 2,500 people for a year, according to the UN.

We have 153 guests and no members online