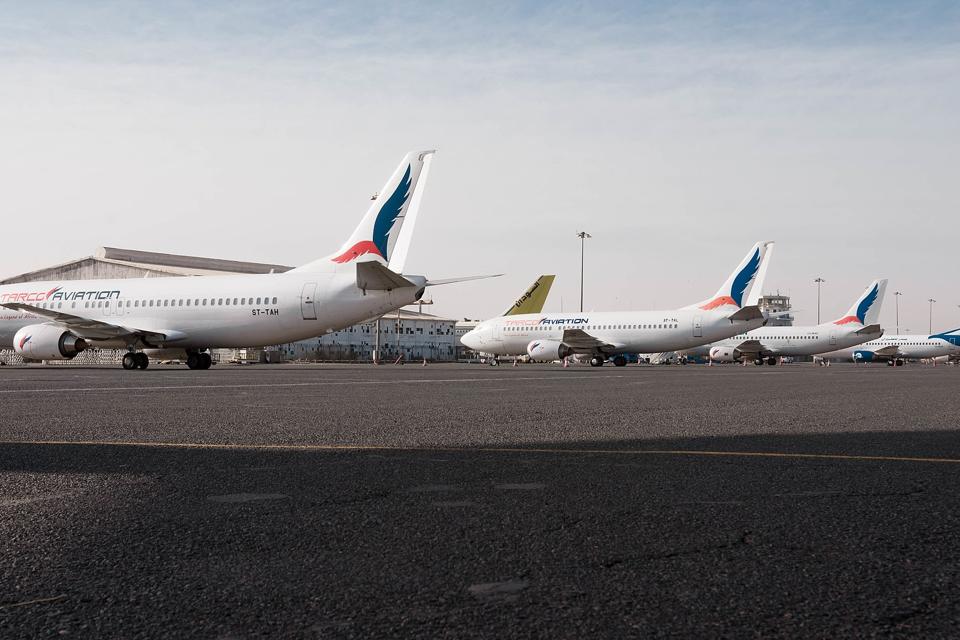 Despite being subject to international sanctions for most of its history, Sudan's Tarco Aviation has acquired a fleet of U.S.-made Boeing 737 Classics.

Tarco Aviation is exploring the possibility of launching transit flights from West Africa to Saudi Arabia through its base in Khartoum.

“West Africans all fly to Europe and then go to the Gulf. You can imagine the long way they have to go,” he told me. “Our geographical location is better for this: passengers can fly directly, save time, save fuel, get better prices.”

More than half of the 300 million people living in West Africa identify as Muslim, and Saudi Arabia is home to two of the three holiest sites in Islam.

Abushora said the new strategy – which is still being evaluated – would involve establishing a mini-hub in West Africa to collect passengers from across the sub-region. Flights would then be operated from that base to Khartoum for a technical refueling stop, before carrying on to the Middle East.

Poor transfer facilities at Khartoum International Airport rule out the possibility of switching planes, he said, so the services would be transit only with a maximum of two hours on the ground in Sudan.

Dakar in Senegal and Lagos in Nigeria are among the new markets being evaluated for feeder traffic, though management will “study the whole of West Africa” under the project. The mini-hub would almost certainly be one of Tarco’s two existing stations in the sub-region.

Asked about his wider plans for the network, Abushora said a new route to Doha, Qatar is in the process of being finalized.

Flights to either Sharjah or Dubai in the United Arab Emirates are also under consideration.

Tarco currently operates scheduled services to five international markets beyond the Saudi Arabian and West African points mentioned above. They are Amman in Jordan; Asmara in Eritrea; Cairo in Egypt; Entebbe in Uganda; and Juba in South Sudan.

The airline deploys nine Boeing 737 Classics and two Fokker 50s across its network, according to Abushora. Industry websites Flightradar24.com[1] and Flightera.net[2] provide lower estimates of the company’s fleet size. However, flight tracking data is not widely collected in Sudan and Tarco’s practice of registering its aircraft abroad makes it difficult to build a reliable fleet profile.

Another two Fokker 50s have been purchased from an Indonesian supplier and are undergoing maintenance checks prior to delivery, Abushora said.

Sudan’s airlines have struggled to maintain and expand their fleets for more than two decades owing to myriad sanctions imposed on the country by the United States, the United Nations and the European Union.

America officially ended its embargo in 2017, but there is little evidence of western companies or service providers establishing ties in Sudan.

“That’s just on paper,” Abushora said of the U.S. measure. “Things are the same. We are still having problems.”

We have 281 guests and no members online