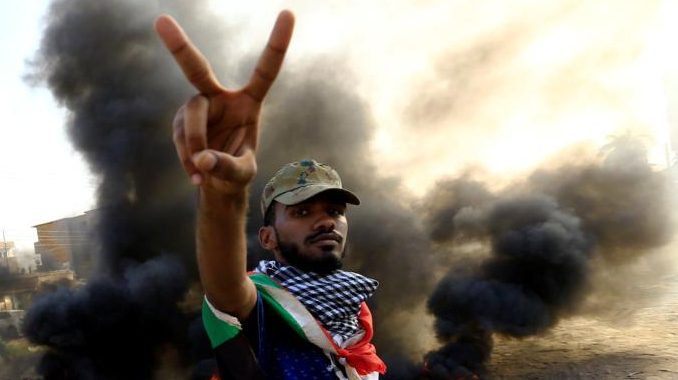 A wind of change is blowing in South Sudan and Sudan, two African countries where, according to their bishops, ordinary people are wounded and suffering due to conflict.

“We have seen the wounds and misery of our people in IDPs [internally displaced peoples] camps inside our countries and refugee camps in the neighboring countries. We feel and share the unbearable economic conditions of our people in Sudan and South Sudan,” said the bishops from the two countries after their plenary meeting in Juba from October 23-30.

But the bishops have told their people “to keep their heads high since liberation is near.” “A hand of God” is visible in the two countries, according to the bishops, who highlight key positive developments in the recent past.

Analysts say development in either of the Sudans affects the other country. Conflicts in both countries have seen refugees move across the borders, with churches moving to help.

In South Sudan, the world’s youngest nation, the bishops have been shepherding a population battered for decades by a deadly cycle of violence. The east-central African country is emerging from nearly six years of a war that has killed an estimated 400,000 people. More than 2 million have been forced into IDP camps and United Nations Protection Centers.

More than 2.5 million others are refugees in the neighboring countries of Uganda, Kenya, and Ethiopia.

A pact known as the Revitalised Agreement on the Resolution of Conflict in the Republic of South Sudan (R-ARCSS), signed in September 2018, has brought significant changes, ending the fighting between the government and rebel armies.

The bishops have been hoping for a Government of National Unity (GoNU) as instructed by a pact. The GoNU deadline had been set for November 12, but the signatories to the accord last week agreed to postpone the process for another 100 days.

At a meeting in Kampala, Uganda, the parties highlighted incomplete issues related to security arrangements and governance that were critical to the formation of a GoNU.

President Salva Kiir Mayardit explained that he had to accept the extension to prevent the rebels from returning to war. Since the signing of the agreement, South Sudan has been aiming at training 83,000 troops to form the national army and police.

“The will for peace is not measured only by deadlines and technical arrangements,” said Fr. James Oyet Latansio, a Catholic priest who is the general secretary of the South Sudan Council of Churches. “Whether the government is formed on the 12th November 2019 or a further extension is agreed, it is a question of the heart and political will.”

Earlier in October the country’s Catholic bishops said they remained hopeful that the leaders of South Sudan will overcome the existing political standoff and deliver peace to people through the formation of the government. In South Sudan, the majority of the population are Christians or followers of African traditional religions.

“We continue to count on the support of the regional and international community in helping our people fix the problem once and for all,” said the bishops.

“We are delighted to see the mature, non-violent way by which the political crisis in Sudan is being solved,” said the country’s bishops in a statement after the Juba meeting.

According to Bishop Yunan Tombe Trille Kuku Andali, the bishop of El-Obeid, the Sudanese people are happy that finally the civil and military supreme council that took over from Bashir has formed a transitional government with new faces, under Abdalla Hamdok as the Prime Minister.

But the economic situation which gave rise to the revolution has not changed, according to Bishop Andali.

“The market systematically sells products at the whims and the prices decided by the owners, making the daily life difficult for sustenance,” the bishop said recently.

The north-east African country’s regions of Darfur, South Kordofan, and the Blue Nile have been battlegrounds, where the government army has been pitted against rebel forces. In October, the new Sudanese government and a coalition of rebels in Sudan signed a peace deal in South Sudan’s capital Juba, which included ceasefire in all war zones in the three regions.

The government also agreed to allow aid in all these regions, which were cut from humanitarian assistance by Bashir.

“Peace is the focus of the marginalized Sudanese people, who are hungry and thirsty and want to experience [peace] in reality. We hope its action will be lived on the ground,” said Bishop Andali.

At the same time, the churches also find themselves having to confront similar challenges in their communities, including tribalism or regionalism. They have been demanding an end to politics of ethnicity, division, and exclusion of others, which have often caused violence in the two countries.

Under the volatile political climate, the bishops in the two countries have also witnessed the leaders scrambling for power and ill-gotten wealth.

The bishops have been warning that everyone wants to be the first and take everything for themselves, actions related to greed that have led to corruption and the embezzlement of public funds.

When they have pointed out some of these ills, the bishops have been accused of being against the governments, but they have stated clearly that churches in the two countries are not working against the authorities.

“We do not support any party or individual politician. We are not for any regime change, but a change of minds and hearts,” the bishops said in a statement.