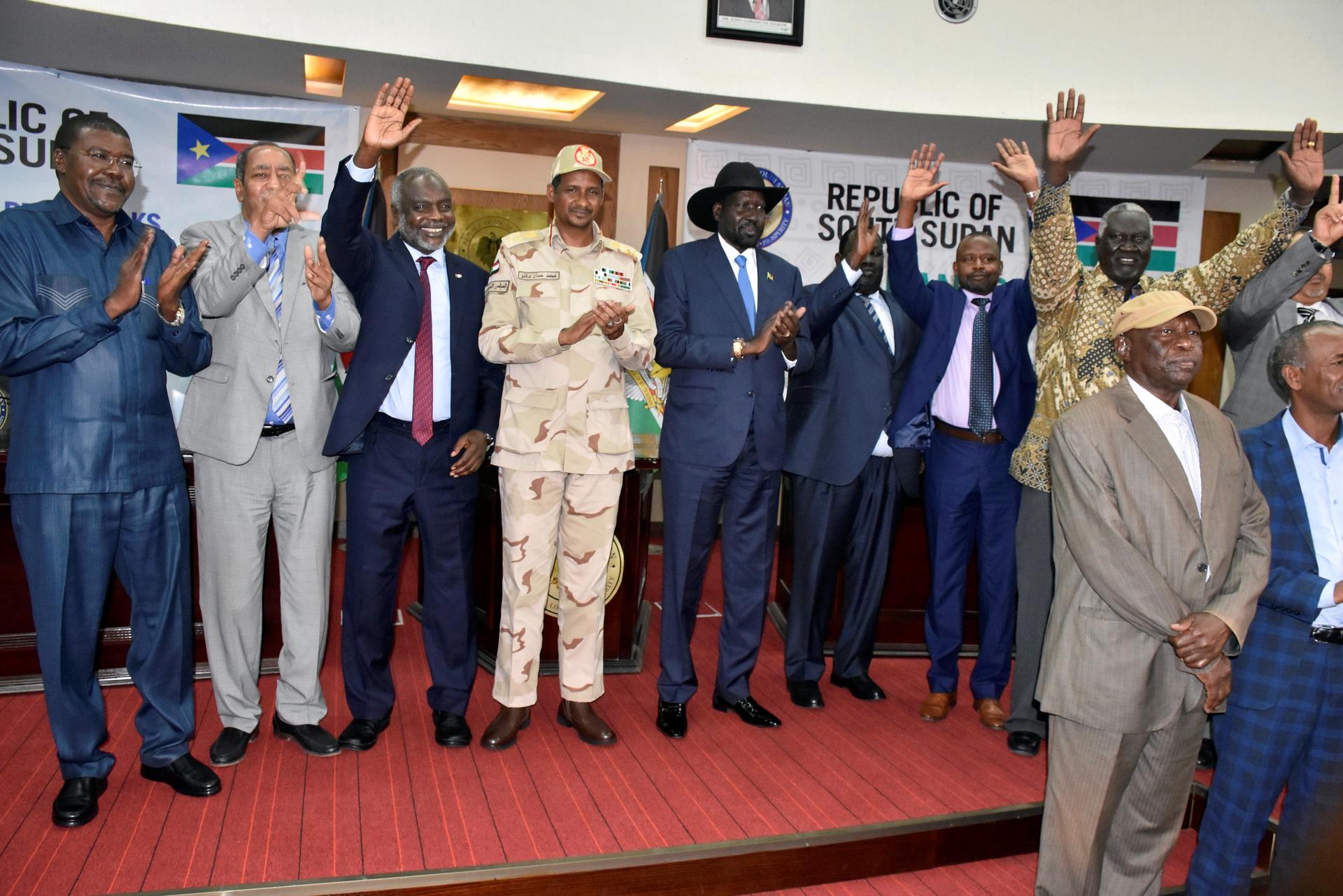 JUBA (Reuters) - Sudan’s ruling council and rebel leaders have agreed on a roadmap for peace talks that are expected to begin in October and last about two months, officials from both sides said on Wednesday.

The council, a transitional government, has made peace-making with rebels fighting Khartoum one of its main priorities as it is a key condition for the country’s removal from the United States’ sponsors of terrorism list.

The council took over the reins of government in August after military and civilian parties and protest groups signed a three-year power-sharing deal after months of strife following the removal of long-ruling authoritarian president Omar al-Bashir in April.

South Sudan brought together members of the council and rebel leaders from several areas.

Thousands of people have been killed in Sudan’s civil wars, including the conflict in the western Darfur region, where rebels have been fighting against then-President Bashir’s government since 2003.

Sudanese officials and rebels signed the initial agreement in front of diplomats to set a two-month period for talks, starting on Oct. 14 and running until the middle of December.

“Today’s signing aims at the implementation of the peace confidence building that came in the constitutional declaration,” said Yasir Arman, the deputy chairman of the rebel Sudan People’s Liberation Army-North (SPLM-North).

Mohamed Hamdan Dagalo, a member of the sovereign council and head of the paramilitary Rapid Support Forces (RSF), signed the deal on behalf of the government.

“We want assure you and the people of Sudan that we are ready to pay all the damages of the war and we will assure you that time of war is gone forever,” Dagalo said.

The talks will potentially deal with issues of how any cessation of hostilities to be entered will be monitored, and set out modalities of providing humanitarian access to all parts of Darfur and Blue Nile, he said.

The fighting in Darfur has subsided over the past four years where the Justice and Equality Movement (JEM) and two factions of the Sudanese Liberation Army (SLA) are active, but skirmishes persist.

SPLA-N rebels are active in South Kordofan and Blue Nile, two southern regions in Sudan, have largely committed to a ceasefire over the past two years. They have been fighting Khartoum’s rule since ending up on the Sudanese side of the border when South Sudan seceded in 2011.

South Kordofan and Blue Nile are home to large communities who sided with the south during decades of civil war with Khartoum. Many say they have been marginalized by the Khartoum government since South Sudan declared independence in July under a 2005 peace deal.

We have 192 guests and no members online