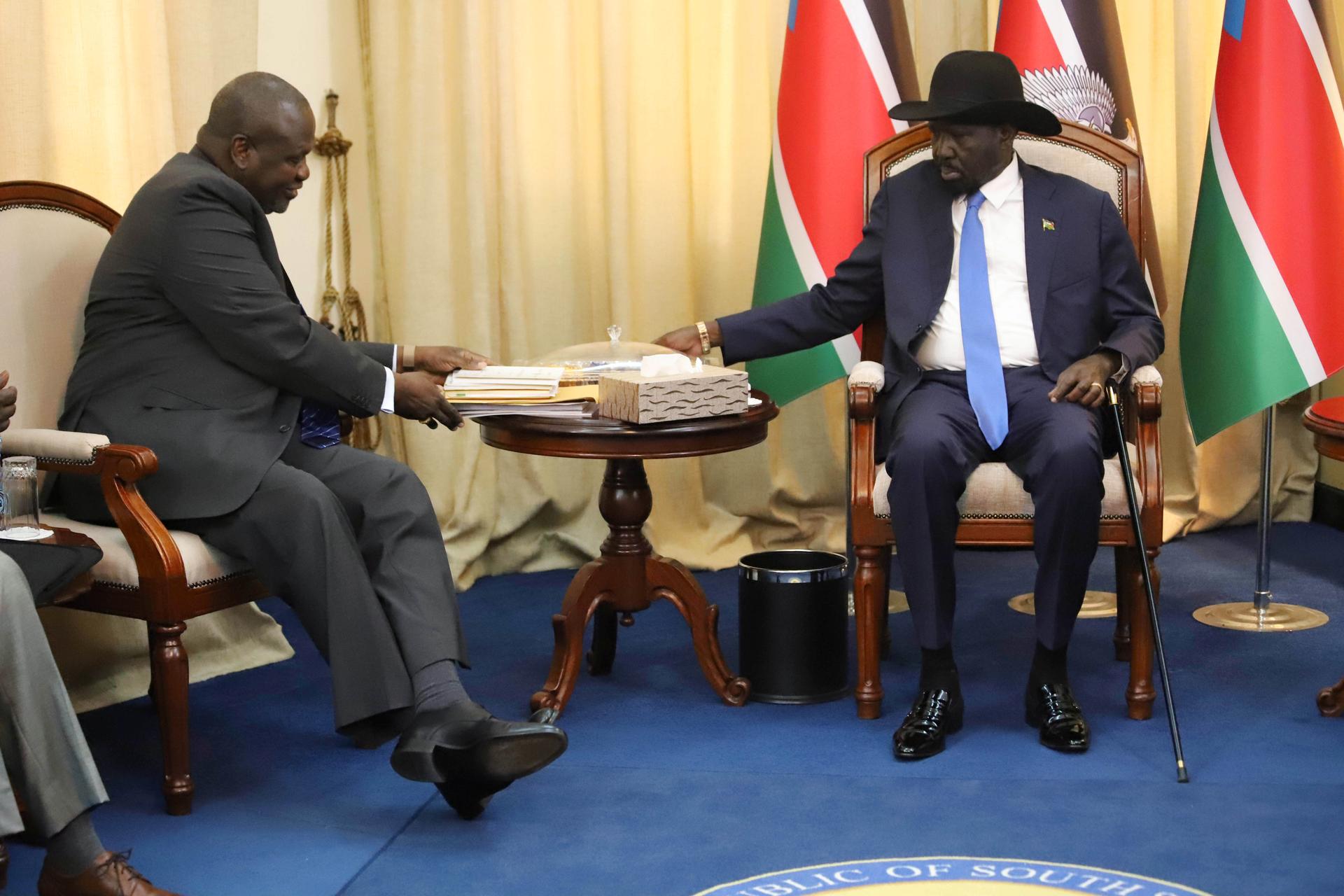 JUBA — South Sudan’s President Salva Kiir and rebel leader Riek Machar have agreed to form a transitional government by the middle of November, the information minister said on Wednesday.

The two men signed a pact a year ago to end a civil war that has killed hundreds of thousands of people, displaced a third of the population and wrecked the economy. Machar made a rare visit to Juba this week to meet Kiir.

Last year’s accord, which called for a unity government, has been delayed because the government says it does not have enough money to fund disarmament and the integration of all the armed factions.

This week’s meetings between the two leaders were aimed at ironing out outstanding issues, officials said.

They discussed constitutional amendments, security laws and the number of regional states that the country should have, the government officials added.

South Sudan aims to hold elections after a transition period of three years.

Both Kiir and Machar said their talks went well, without providing details. Machar said he will visit Juba more often.

“There will be frequent meetings,” he said, standing next to Kiir.

South Sudan split away from Sudan in 2011 after decades of war but plunged into its own conflict at the end of 2013 after Kiir sacked Machar as vice president.

Troops loyal to both men clashed in the capital that December and ethnically charged fighting soon spread.

Both sides signed a peace deal in September 2018, under pressure from international and regional powers. Machar who lives in Khartoum, has since returned to Juba just once, in October that year, to celebrate the peace deal.

A key provision of the peace deal is integration of former rebels in the army, which has still not occurred. (Writing by Duncan Miriri; Editing by Giles Elgood)