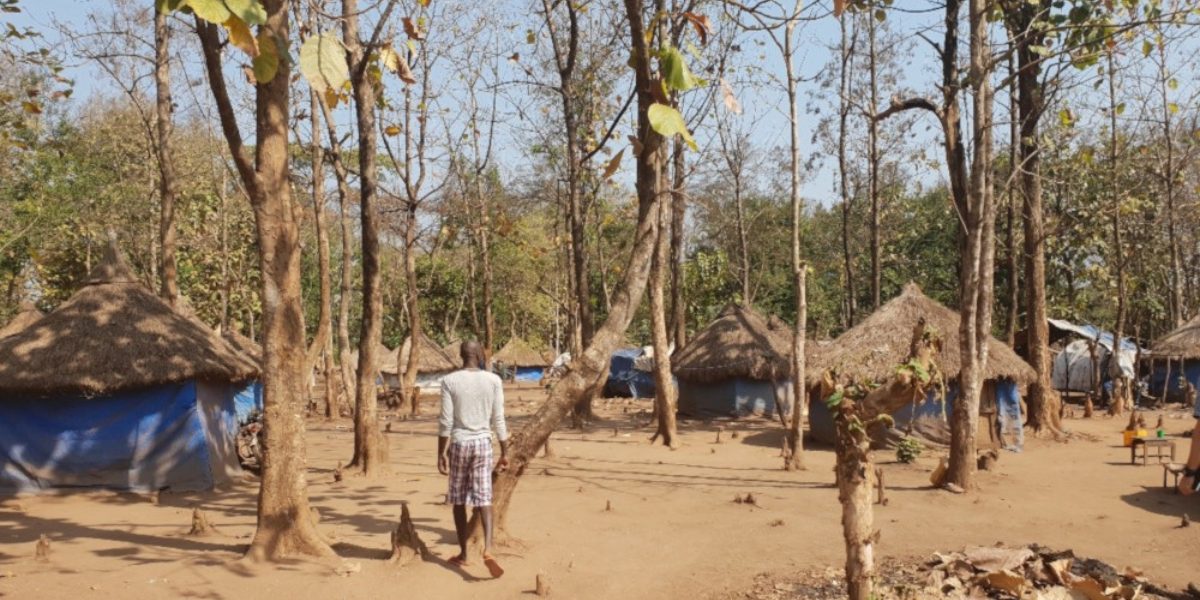 Yambio – The Jesuit Refugee Service (JRS) has been operating in Yambio since 2013, providing education services and operating peacebuilding programmes for Internally Displaced Persons (IDPs) and the host community.

At the end of 2017, armed conflict between government soldiers and rebel groups intensified in the southwestern region on South Sudan’s border with the Democratic Republic of Congo. Thousands were forced to flee their villages and settle in IDP camps around Yambio.

In 2018, JRS responded with a project to provide psychosocial support and protection in the Rimenze camp for IDPs near Yambio. JRS also advocates for the IDPs, assessing their needs and reporting concerns to relevant authorities.

When the security forces guarding the camp were withdrawn in April 2019, JRS advocated for alternative forces to be deployed. The need for security in the camp is severe. Rebel groups have attacked civilians, kidnapped children, and looted property at Rimenze. JRS was able to dispatch police officers to the camp after the government forces left, providing protection to the camp’s residents.

Within the realm of psychosocial support, JRS offers individual and group counselling sessions to victims of Sexual and Gender Based Violence (SGBV), persons with special needs, and others who have experienced trauma after living in violent conflict for years. JRS facilitated the creation of SGBV support groups whose members go through an eight-week course designed to help them cope with the post traumatic effects of the violence. JRS also conducts home visits in the Rimenze camp. Trained staff go to the IDP site to conduct regular assessment of persons with special needs within the camp.

More than two million displaced people live in South Sudan due to conflicts and violence within the country and its neighbour, Sudan. Of those affected, 1.82 million people are internally displaced and 287,400 are refugees from Sudan. As instability and violence continues, more are in need of protection and safety every day.

We have 464 guests and no members online