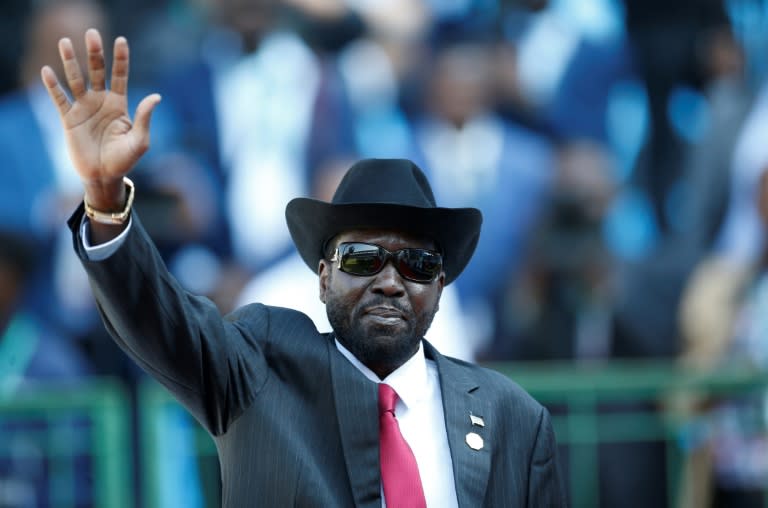 Juba (AFP) - South Sudan activists on Monday began a campaign to pressure the country's warring parties to meet a fast-approaching deadline to form a unity government as part of their 2018 peace agreement.

The Civil Society Forum, a coalition of more than 100 organisations, on Monday marked the beginning of a 90-day countdown to the November deadline for the ruling party and opposition to form a government.

"We have not got much time left. There are a lot of tasks that need to be accomplished and business should not remain as usual," Geoffrey Lou Duke, a member of the coalition, told AFP.

The parties signed a peace deal in September for Kiir to form a government with Machar, but the sides already missed the first deadline, which was in May.

Activists say scant progress has been made since then, including on vital security measures to stabilise a country reeling from nearly six years of conflict.

The fighting has been marked by ethnic violence and brutal atrocities, and left about 380,000 dead while some four million have fled their homes.

Before any unity government is formed, the parties are supposed to canton their fighters and redeploy them as part of the national army, police and other security forces.

Foreign donors say it is up to Kiir's administration to fund the security reforms. Parties to the peace deal say its implementation will cost $285 million but that only around $10 million has been provided.

Machar's party says he will not return to Juba until the security reforms are complete.

"We have to see a sense of urgency and we do not want to see another situation where we give all sorts of excuses for having failed to form the transitional government," Jame David Kolok, another member of the Civil Society Forum, told AFP Monday.

"The campaign is to make sure every second from now onwards counts."