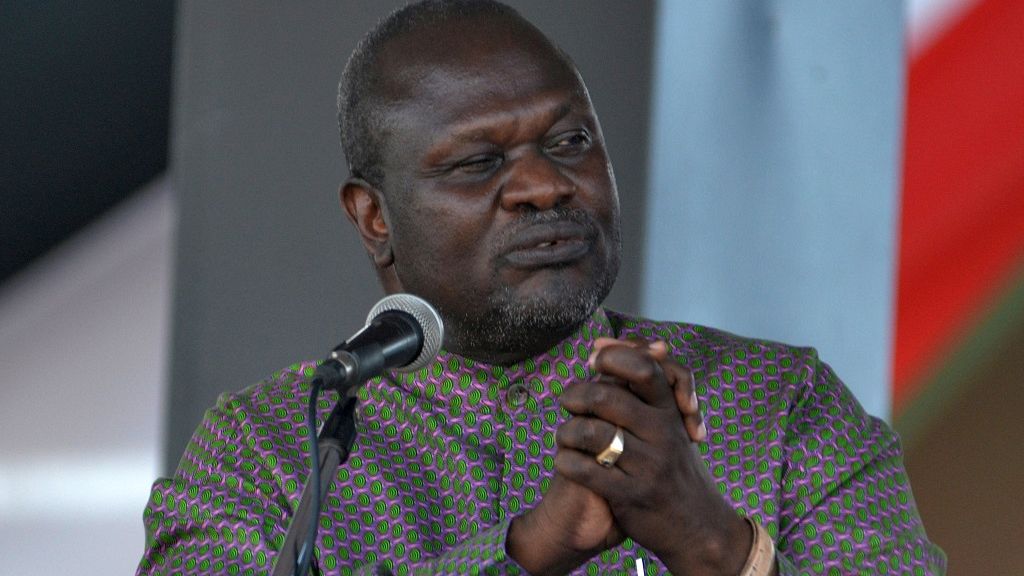 In a letter to Kiir’s security adviser, seen by AFP Friday, Machar laid out a series of demands that he wants met before the pair could sit down face-to-face in Juba.

South Sudan slid into war in 2013 just two years after gaining independence, when Kiir accused his former deputy Machar of plotting a coup.

But the rivals struck a peace deal in September and agreed to set up a unity government.

That power-sharing arrangement was supposed to take effect in May but was delayed until November, and the process has stalled.

Machar said he was ready to sit down face-to-face with Kiir and discuss a way forward if certain assurances were made.

“I believe this is the time to evaluate the process as two months of extended period have passed without substantial progress,” Machar wrote.

Among the demands, Machar said he must be allowed to travel freely to countries under the Intergovernmental Authority on Development (IGAD), a regional grouping.

He resides in Sudan at present but cannot travel to the other IGAD nations — South Sudan, Kenya, Uganda, Somalia, Eritrea, Djibouti and Ethiopia.

Machar also said the terms of his house arrest must be lifted.

He fled into exile in 2016 after a peace deal signed the year before collapsed, sparking deadly violence.

South Sudan’s civil war has killed tens of thousands of people, displaced some four million and left the oil-rich country’s economy in ruins.