US Episcopal Church builds on tie with South Sudan 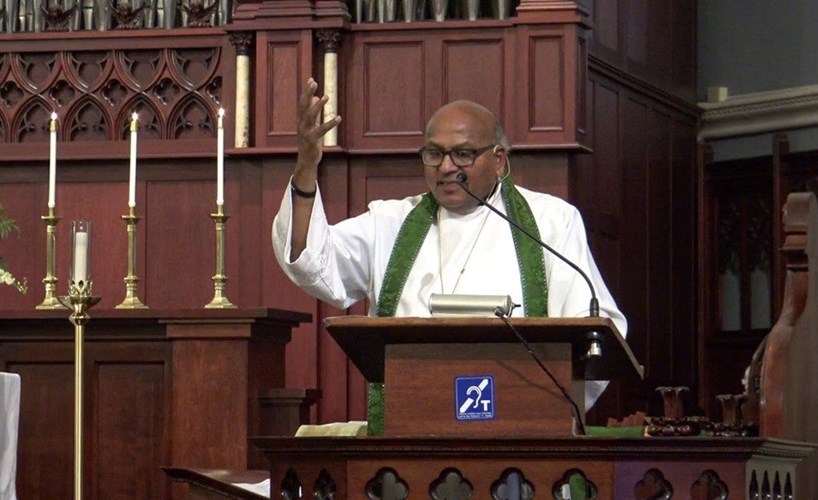 AN EPISCOPALIAN from the United States has been appointed as a bishop in South Sudan[1] to foster links between the two Episcopal Churches.

He is Canon Patrick Augustine, who has left his post of Rector of Christ Episcopal Church, La Crosse, in Wisconsin, and is now an assistant bishop in the diocese of Bor, in South Sudan[2].

But Bishop Augustine, who is 69, plans to divide his time equally between the US and Bor diocese, ministering in particular to the South Sudanese diaspora in the US, and trying to strengthen the relationship between the Episcopal Churches in the U[3]S and South Sudan.

The appointment was made by the Archbishop of Jonglei and Bishop of Bor, the Most Revd Ruben Akurdid Ngong. He has known Bishop Augustine for many decades; the Pakistani-born US cleric has spent years travelling to and from South Sudan.

Part of Bishop Augustine’s remit will be to try to heal divisions over the US Episcopal Church’s affirmation of same-sex marriage[4].

A decade ago, during the height of the controversy about Bishop Gene Robinson — the first openly gay-partnered Anglican bishop — the then Archbishop of South Sudan, Daniel Deng Bul, called for Bishop robinson to resign, and insisted that he would not take part in any pan-Anglican discussions on sexuality, because it was “not approved by the Bible” and there were no LGBT[5] people in Sudan.

Bishop Augustine told the Episcopal News Service that, although he personally supported the Episcopal Church’s moves to accept gay relationships fully, he recognised the sincerity of the South Sudanese opposition.

“We do it in the name of compassion and justice. They disagree with us on conservative theological grounds,” he said.

“I have no other agenda [than to] be a bridge to bring reconciliation” between the two Churches, he said.

Archbishop Ngong said that the Bishop’s primary task would be to “stand in solidarity with us to help God’s children who are suffering” from war, famine, disease, and displacement.

Bishop Augustine would also be asked to help with theological training for both clergy and laity, including the Mothers’ Union.

South Sudan, which became independent from Muslim-majority Sudan in 2011 after decades of conflict, has itself experienced tribal civil war since 2013.

The country’s Churches have played a pivotal part in trying to bring the two warring sides back to the negotiating table, and have helped to broker a tentative peace deal.

Bishop Augustine’s new position has been signed off by the US Presiding Bishop, the Most Revd Michael Curry, and the Archbishop of Canterbury has been informed.

He will not receive a stipend for the post, and is living on his Episcopal Church pension while fund-raising for a budget for his new ministry.

We have 134 guests and no members online