US Africa envoy to visit Sudan amid crisis to encourage talks 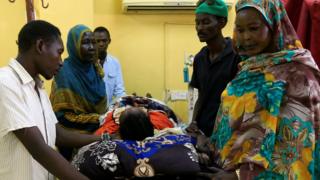 The top US diplomat for Africa is going to Sudan this week amid the unrest there, the state department says.

Tibor Nagy, the US assistant secretary for Africa, will "call for a cessation of attacks against civilians".

Workers have staged a national strike, which began on Sunday, to pressurise the ruling military government to make way for civilian rule.

Four people were killed on the first day of the strike after security forces fired tear gas and live ammunition[1].

The state department said Mr Nagy would "urge parties to work towards creating an enabling environment" for talks between the two sides to resume.

He will also discuss the situation with the Ethiopian Prime Minister, Abiy Ahmed, who has been trying to mediate between the military council and the opposition in Sudan, before later travelling to Mozambique and South Africa.

What happened during the strike?

Monday remained quiet in Khartoum, although some businesses started to reopen and a few buses were running.

Most shops, markets and banks in the capital, as well as in several other cities, remained closed on Monday as staff followed instructions from the Sudanese Professionals Association (SPA), the pro-democracy opposition, to not attend work.

The SPA called the strike after more than 100 peaceful protesters were killed by a paramilitary group, the Rapid Support Forces (RSF), on 3 June. 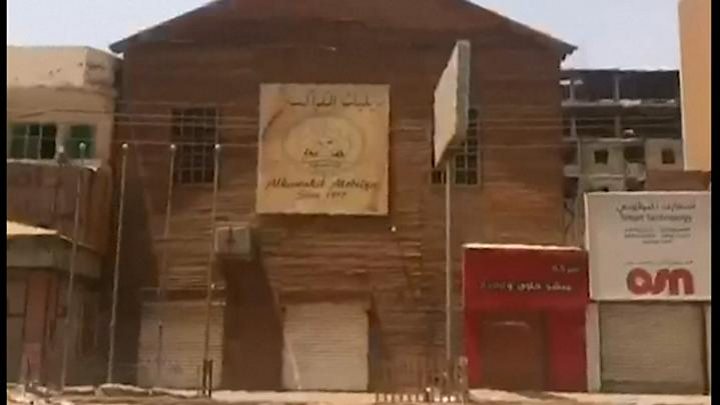 "The civil disobedience movement will begin Sunday and end only when a civilian government announces itself in power on state television," the SPA said in a statement.

"Disobedience is a peaceful act capable of bringing to its knees the most powerful weapons arsenal in the world."

Protesters have set up roadblocks across the capital. Social media users with access to a connection reported that the country's internet was blocked by the ruling military government.

In another development, three rebel leaders were deported from the city to South Sudan.

One of the three, Yasir Arman, had only returned to Sudan last month[2] after years in exile after he was sentenced to death in absentia.

The health ministry minder told us to follow him so that we could see the hospital's ransacked laboratory: smashed sample tubes and more scattered files. The spokesman for the ministry, Hassan Abudulla, said this had all been the work of the protesters. They had broken in and destroyed equipment. He seemed to me to be speaking from a pre-prepared script. So I asked a question.

Q: Do you honestly believe that the violence and destruction was caused by protesters and not by men with guns?

I wandered outside. As it happened there were some witnesses in the area. For their safety I am concealing their identities. The picture they painted was very different to the official narrative.

One man who had been there when the attack happened said that between 100 and 150 militia had descended on the building at around 05:00 on 3 June. This was as the assault was being launched on the protesters in front of military headquarters nearby. His account was confirmed by a second eyewitness.

"They swore at us and beat us… They broke into the safe and took all the money. They left nothing at all. Then they smashed everything up. They left nothing unbroken," he told me. The witness had his watch and wallet stolen by the militia.

The military ousted long-time President Omar al-Bashir in April following months of protests against him. A military council promised a transition to civilian rule.

But pro-democracy campaigners say the military council cannot be trusted after Monday's crackdown against a sit-in demonstration in Khartoum - and they have rejected an offer of talks.

However, according to Reuters news agency, opposition leaders have drawn up plans for a transitional government led by a prominent economist.

Quoting an anonymous source from the alliance of opposition and protest groups, the news agency said they will nominate Abdullah Hamdouk, a former executive secretary for the UN Economic Commission for Africa, to be prime minister.

They are also reportedly planning to nominate another eight people, including three women, to sit on a transitional council.

During a visit to Khartoum last week, Ethiopian Prime Minister Abiy Ahmed suggested something similar: a 15-person transitional council made up of eight civilians and seven army officers.

We have 246 guests and no members online