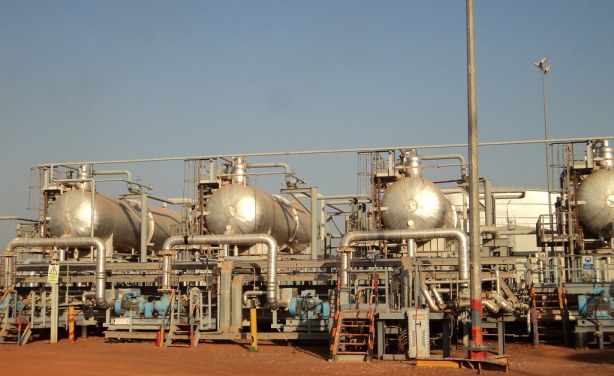 The shaky peace deal in South Sudan has brought with it some financial gains over the past two years, with the country reportedly making more than $1 billion annually in extra oil revenues.

Data from the International Monetary Fund (IMF) released on Monday shows that Juba earned $2.3 billion from its oil last year, up from $1.7 billion in 2017. The country hopes to make some $2.76 billion this year as it raises production.

The improved earnings have been attributed to the peace deal signed between President Salva Kiir and his nemesis opposition leader Riek Machar.

Violence broke out in South Sudan in December 2013 following a clash between forces allied to President Kiir and those of Dr Machar who at the time was the vice president, disrupting oil production and hurting the oil-dependent economy.

In its latest staff review, IMF, for the first time, lifts the lid on the state of Juba's economy.

There seems to be hope as inflation, an indicator of the living standards in the country continues to fall, giving signs of normalcy returning to Africa's youngest democracy.

The Bretton Woods institution says that it expects the improved political and security environment to support broader economic recovery, including the oil and non-oil sectors, followed by new investments.

While production is expected to gradually decrease in ageing oil fields after reaching its peak in the late 2020s, the non-oil sectors are projected to grow to partially offset falling oil production," IMF executive director for sub-Saharan Africa, Dumisani Hebert Mahlinza said in his statement over the country's economic well-being.

This is expected to accelerate the country's economic growth to 8.1 per cent in 2020 conditional on the peace dividend, increased oil production and public investment projects.

President Kiir's administration is also keen to stop oil advances and improve transparency in the management of revenues. A strategy to limit oil advances has been submitted to Cabinet for approval.

"The authorities intend to sell oil at the spot market prices with gross proceeds transferred directly to the Treasury Oil Account at the Central Bank," IMF said in its review.

But even as the country is seeing good tidings on its key oil resource, its public debt is still high, standing at $1.19 billion (including arrears) as at the end of March this year.

Its debt analysis showed that it owed World Bank $53 million, and the African Development Bank $28 million.

Its biggest debt liability 0f $627 million was with the Qatar National Bank, of which $175 million is estimated to be in arrears as at March this year. Juba's oil-related short-term loans are estimated at $338 million.

We have 297 guests and no members online