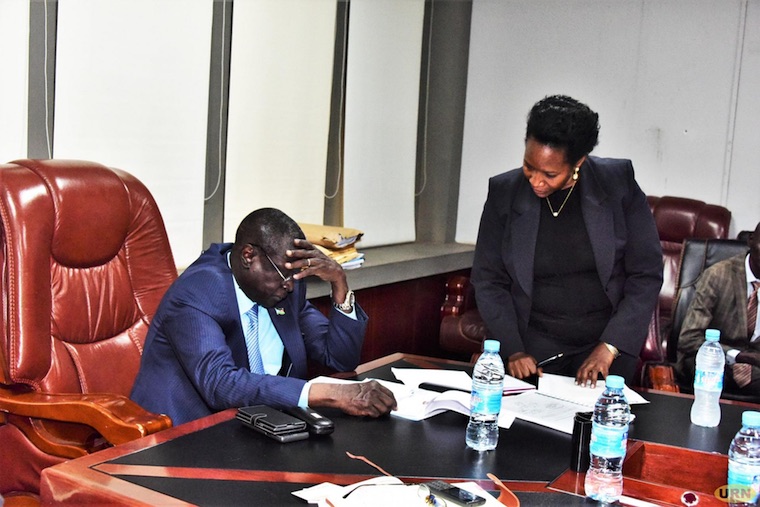 Parliament has approved the payment of Shs 947 billion to 82 Ugandan companies that supplied goods and services in South Sudan.

The traders supplied goods and services to the South Sudan government between 2008 and 2010 but were not paid due to the outbreak of a conflict in December 2013.

In 2010, South Sudan and Uganda entered into a mutual agreement which ensured that Uganda clears the debt and treats it as a loan to the government of South Sudan. The money will be paid back within five to 10 years at a six per cent interest rate after the first year.

Parliament had initially raised concern questioning why only 10 companies were being paid and yet several companies and individuals had supplied South Sudan. As a result, MPs added more companies to the list before a select committee was set out to investigate the matter.

On Thursday, parliament adopted the report of the select committee on South Sudan chaired by Kyankwanzi district Woman MP Ann Maria Nankabirwa, which recommended for the payment of Shs 778 billion which has been approved by the minister of Finance and Planning of South Sudan to 40 companies and another Shs 169bn to 42 companies.

“It is the considered view of the committee that government should find money in the budget and urgently meet this obligation. In the event that the budget cannot accommodate this at ago, the government should explore possibilities of obtaining the said funds from the domestic financial market and expedite the process settling the claims and also remedy the fast accumulation of interests and on loans that some of the traders owe local financial institutions,” Nankabirwa’s report reads.

Parliament also passed a proposal to have the ministry of Finance, Planning and Economic Development disburse the loan balance of Shs 112 billion under the sovereign guarantee to the companies in order to build confidence and assure South Sudan that it is committed to the terms of the bi-lateral agreement.

Also adopted is the proposal to write off tax arrears owed by the traders who supplied South Sudan due to the fact that they have been making losses and have most of their properties confiscated.

Meanwhile, parliament has agreed that more other traders who supplied South Sudan will be considered upon verification, as the compensation process continues.

We have 91 guests and no members online