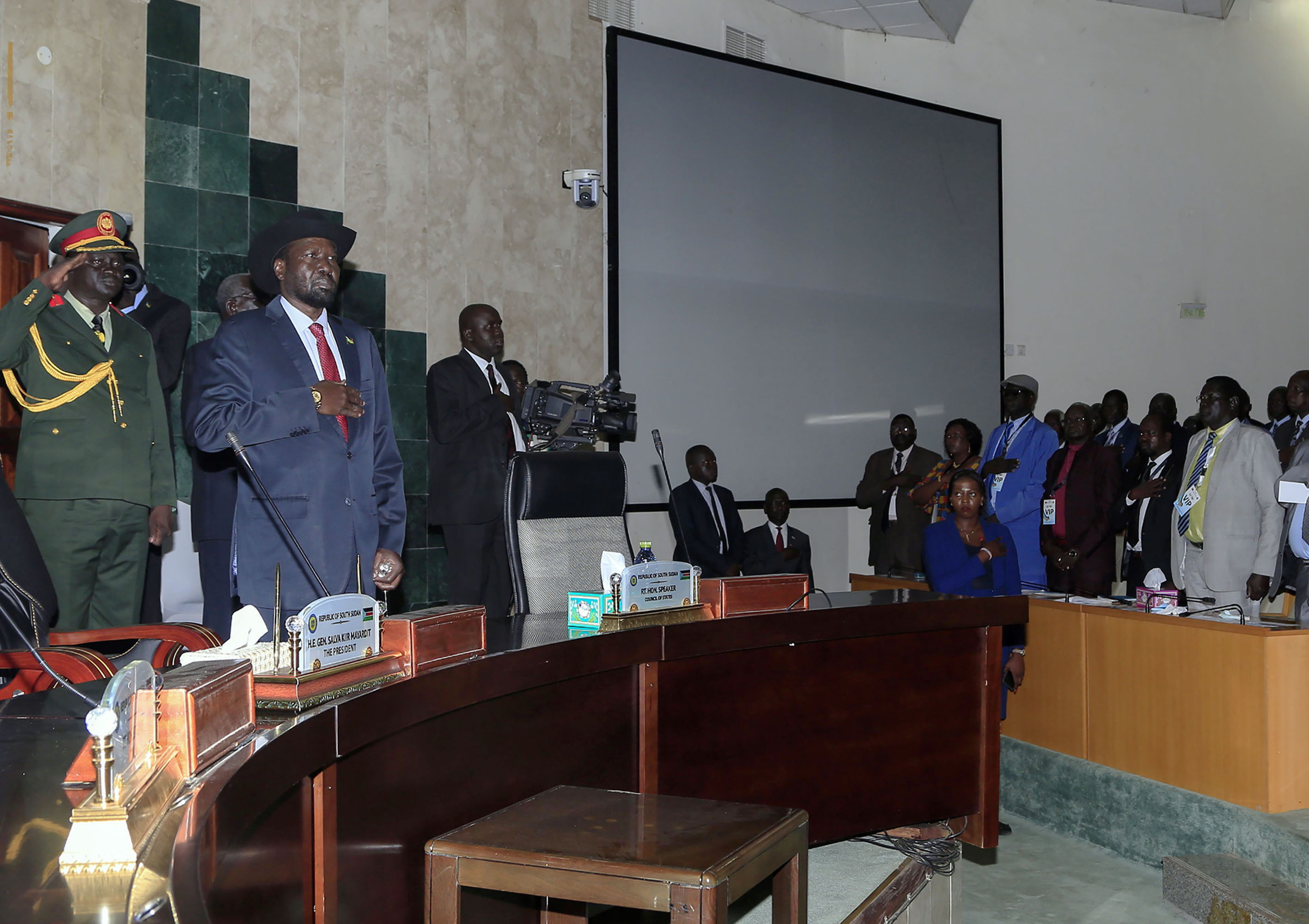 Salva Kiir attends a session at the National Parliament in Juba, on May 14. Photographer: Cholmay Akout/AFP via Getty Images

A group of more than 300 South Sudan civil society organizations sued parties to the country’s peace agreement for the “illegal” delay in forming a transitional government to end the nation’s five-year war.

The government and rebel leaders agreed earlier this month to postpone the introduction of a transitional administration for six months to complete the conditions of their peace deal. President Salva Kiir’s government and several opposition parties including that of former Vice President Riek Machar had no mandate to do so, said Akuoch Ajang Nyanhom, chairman of the South Sudan Civil Society Alliance.

“The only institution that can look into this illegal action is the court,” Nyanhom said in an interview in the capital, Juba, on Friday. “What we want from the court is to annul the extension.”

If the court fails, other means will be used including demonstrations to ensure the extension is rescinded, Nyanhom said. South Sudan’s war has left 400,000 people dead and displaced four million others, and slashed oil production in nation with Sub-Saharan Africa’s third biggest crude reserves.

The parties have the right to make any arrangements that will bring lasting peace, Information Minister Michael Makuei Lueth said.

The postponement was the best outcome for preserving the ceasefire between the warring parties until they agree on how to form the new administration, said Alan Boswell, a researcher on South Sudan with the International Crisis Group.

“Pressuring the two sides back together before these political deals are completed risks even greater violence,” he said in response to emailed questions.

We have 221 guests and no members online