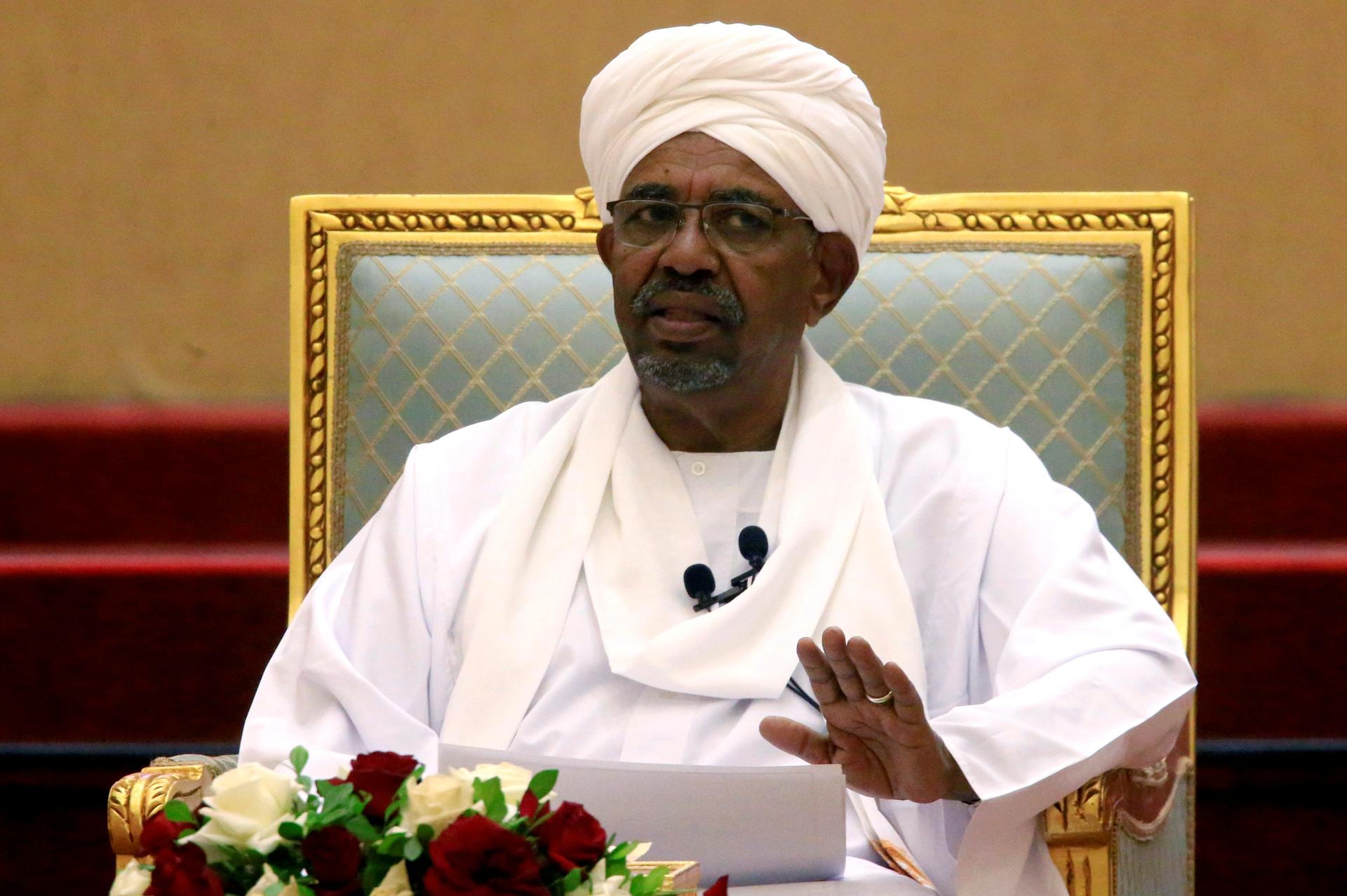 CAIRO (Reuters) - The United States will consider new ways to remove Sudan from its list of state sponsors of terrorism if it sees a fundamental change in its government and a commitment not to support terrorism, a State Department official said.

The U.S. government added Sudan to its list of terrorism in 1993 over allegations that then-President Omar al-Bashir’s government was supporting terrorism. The Islamist Bashir was toppled last week by the military after three decades in power.

The designation as a state sponsor of terrorism makes Sudan ineligible for desperately needed debt relief and financing from lenders like the International Monetary Fund and the World Bank.

“Sudan remains designated as a state sponsor of terrorism (STT) and a number of foreign assistance and other restrictions remain in place,” said the official, responding to questions sent by email.

The United States agreed in November to talks with Bashir’s government on how to get Sudan removed from the list, but no resolution was reached before his overthrow following weeks of increasing public unrest.

“A different statutory path to SST rescission may be available if there is a fundamental change in the leadership and policies of the government of Sudan,” the U.S. official, who asked not to be named, told Reuters.

Sudan is currently ruled by a Transitional Military Council (TMC) that says it is working with opposition groups to form a civilian government. But protesters say they will not leave the streets until the TMC cedes power to an interim civilian body.

Former Sudanese Defense Minister General Awad Ibn Auf, who has been under U.S. sanctions since 2007, stepped down as TMC chief on Friday, making way for General Abdel Fattah al-Burhan, a career military officer. Ibn Auf remains on the sanctions list, according to the State Department official.

“We are not aware of any person targeted by U.N. or U.S. sanctions in the TMC at present,” the official said. “However, the TMC is still being formed. We believe the presence of a designated individual in the TMC would be problematic.”

Sudan’s economy has been laid low by sanctions, corruption and mismanagement. Consumer prices rose by 73 percent in 2018 and long queues at bakeries, petrol stations and cash machines are now common.

Government finances were also seriously damaged by the loss of oil revenue when South Sudan, which contained most of the country’s oil fields, seceded in 2011, although a near simultaneous increase in gold output helped reduce the blow.

In October 2017, the United States lifted separate trade and economic sanctions it had imposed on Sudan in 1997.

It kept in place the terrorism designation, which is associated with accusations that Bashir-led Sudan backed anti-Israel Islamist militant groups, including Hamas and Hezbollah.