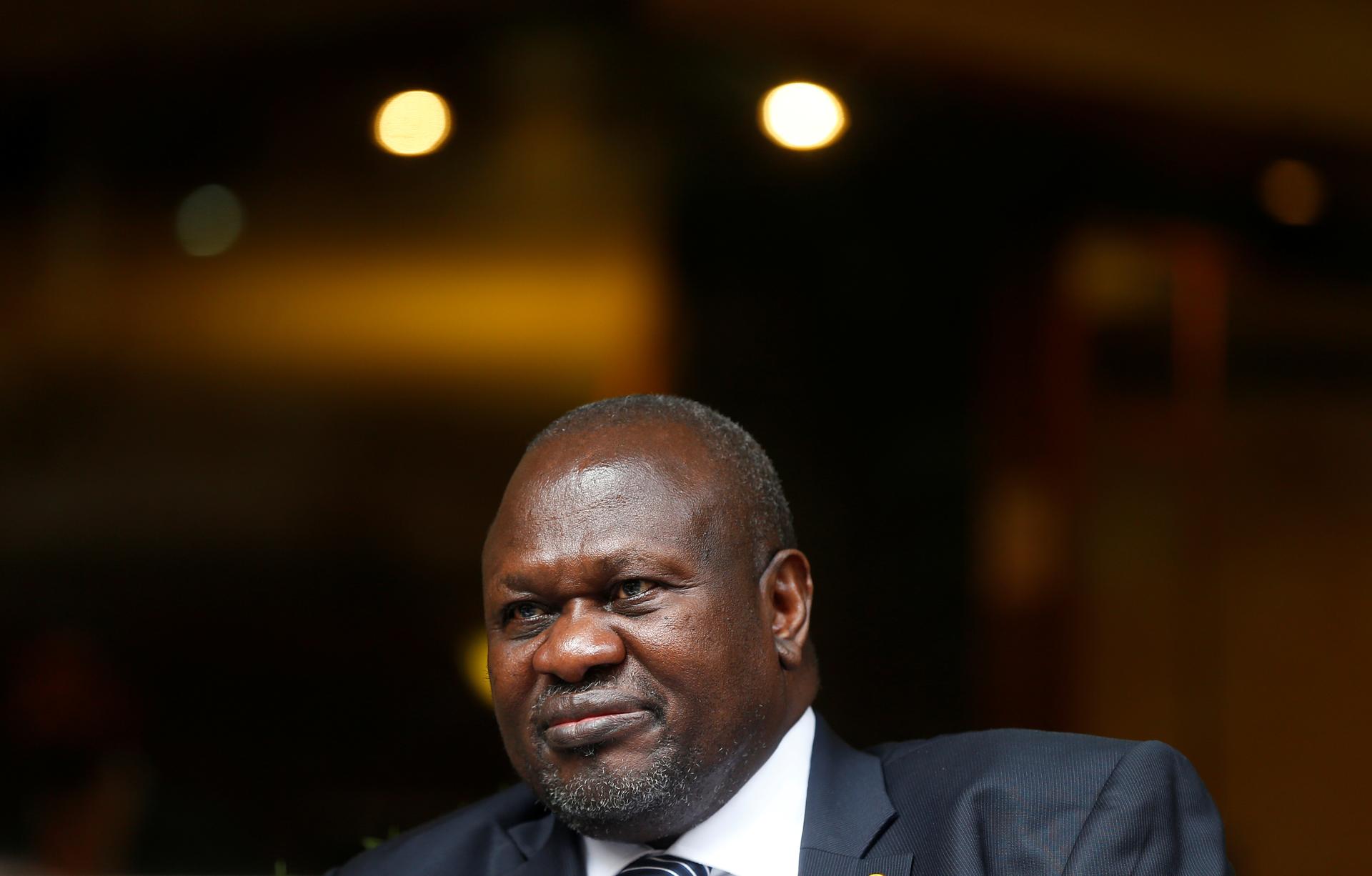 ROME (Reuters) - The two sides of war-ravaged South Sudan will not be able to meet a May 12 deadline to form a unity government because key requirements of a peace deal have not been met, former rebel leader Riek Machar told Reuters on Friday.

Machar - who should regain his post as vice president under the deal - said the government and the rebels needed another six months before forming a unity government.

He spoke exclusively to Reuters in Rome after attending a two-day retreat hosted by the pope with South Sudan’s president, Salva Kiir.

Although few diplomats expected Kiir and Machar to meet the May 12 deadline set in last September’s peace deal, the delay will cause further unease among the 12 million strong South Sudanese population.

More than a third have been uprooted from their homes and around 400,000 have died in the civil war, which plunged parts of the country into famine and has been characterized by such extreme sexual violence and widespread ethnic cleansing that the U.N. warned in 2017 of a possible genocide.

Asked if he thought the national unity government could be ready by May 12, he said: “Unfortunately, I have to say ‘no’.”

A six-month extension was needed to unify and deploy defense forces, demilitarize the capital Juba and other cities, and agree on devolution of power and the release of political prisoners, he said.

Machar said he discussed the extension with Kiir during a retreat at the Vatican that ended on Thursday with an appeal by the pope to the leaders to respect the armistice and resolve their differences.

“We have refugees who will not return if they don’t feel secure, we have IDPs (internally displaced people) in the capital and in other major cities who will not go back to their homes which they have left five and a half years ago because of security problems,” he said.

“So we need to establish adequate security from the two forces so that our people can have confidence that this agreement will hold. So it is unlikely that we will form the government by the twelfth of May,” he said.

Machar said Kiir “is concerned that the international community will target him for not implementing the agreement”. He added: “But he has to carry his cross on this.”

Diplomats and experts agreed that it would be difficult to meet the deadline.

“The delay is inevitable, as there is no real alternative. However, there will be little expectation that it will yield any real progress absent external pressure or an unforeseen change,” Klem Ryan, former coordinator of the U.N. Security Council Panel of Experts for South Sudan, told Reuters.

“I don’t think it’s cynical, it’s practical. If a delay makes Machar feel more secure and ends the war, it will be worth it,” Peter Martell, an author of a history of South Sudan, told Reuters.

Machar also said he is confident that the new military leadership in Khartoum will continue to be “a strong guarantor” of the fragile South Sudan peace deal.

Sudan, which is predominantly Muslim, and the mainly Christian south fought for decades before South Sudan became independent in 2011. South Sudan plunged into civil war two years later after Kiir, a Dinka, fired Machar, from the Nuer ethnic group, from the vice presidency.

The Vatican, together with the South Sudan Council of Churches and the Rome-based Sant’ Egidio international peace group, brought the leaders together for prayer and preaching inside the pope’s residence in an attempt to heal divisions.

“It was a unique occasion and it was concluded by Pope Francis with a challenge. The pope challenged us. We must deliver,” Machar said.

Additional reporting by Katharine Houreld and Hereward Holland in Nairobi and Denis Dumo in Juba; editing by Gavin Jones and Jonathan Oatis

We have 146 guests and no members online