Sudan’s new military rulers have no plans to extradite al-Bashir, in yet another rebuke of the International Criminal Court 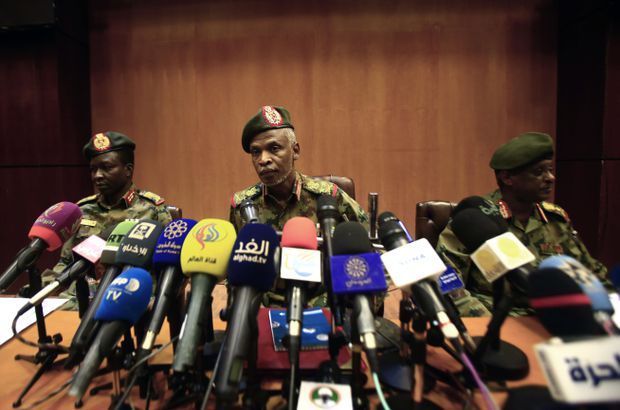 Sudan’s new military rulers are vowing that the deposed president Omar al-Bashir will remain in Sudan and will not be extradited to The Hague on a long-standing arrest warrant for crimes against humanity, despite growing demands from United Nations leaders and human-rights groups.

Mr. al-Bashir, who ruled Sudan for 30 years before his arrest on Thursday during a military takeover, has become a crucial test case for the International Criminal Court. He is the first sitting head of state to be indicted by the court, but has evaded arrest for a decade.

The ICC indicted him in 2009 and 2010 on charges of war crimes and genocide in connection with the conflict in Sudan’s Darfur region, in which more than 300,000 people have been killed, yet he defied the arrest warrant and travelled freely to many countries around the world – until his arrest this week.

Lieutenant-General Omar Zain al-Abideen, one of the leaders of the military council that seized power this week, said Mr. al-Bashir might be put on trial in Sudan. But he did not specify any charges, and many Sudanese believe the former president will be protected by the new regime, which is dominated by long-time allies of his.

The military council, which seized power after four months of almost daily protests across Sudan, has announced that it will run the country for up to two years.

At a news conference Friday in the capital, Khartoum, the military leaders denied that their takeover was a coup. They said they were merely responding to the wishes of Sudan’s people and had no desire for long-term power. They also promised a civilian government at some point, but did not specify a date. They insisted that the military would control the key defence and interior ministries even under a civilian government.

The leaders of Sudan’s protest movement, which has mobilized tens of thousands of people for a round-the-clock sit-in at the entrance to the army headquarters in Khartoum, have promised to persist with their campaign to seek a civilian democratic government.

Protests in Sudan and Algeria raise hopes for another Arab Spring revolution? Too soon to tell[3]

Even as a second Arab Spring blooms in Sudan and Libya, the West’s myth of strongman stability refuses to die[4]

Open this photo in gallery 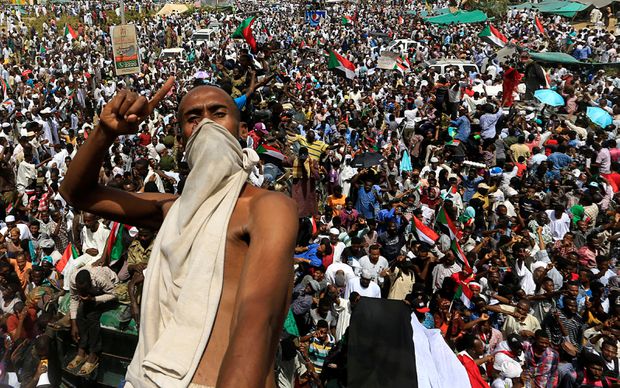 A Sudanese demonstrator gestures while riding atop a military truck as he protests against the army's announcement that President Omar al-Bashir would be replaced by a military-led transitional council, near the Defence Ministry in Khartoum, Sudan, April 12, 2019.

Denouncing the military takeover, the protesters continued their mass street occupation overnight on Thursday at the army headquarters despite a newly imposed curfew. So far the military has shown no signs of using violence to enforce the curfew, and some soldiers have supported the protesters.

Gen. al-Abideen said the army had also arrested several top leaders in the government, but gave no details. He also refused to say where Mr. al-Bashir is being held. The military council has only said that he is “in a safe place” – reportedly under heavy guard at a presidential villa.

To extradite the deposed president to The Hague on the war-crimes charges would be “an ugly mark on Sudan,” Gen. al-Abideen said.

But the demands for his extradition are mounting. On Friday, the UN human-rights office called on Sudan’s leaders to “fully co-operate with the ICC.”

Open this photo in gallery [6]

Sudanese military officers control demonstrators as they protest against the army's announcement that President Omar al-Bashir would be replaced by a military-led transitional council, near the Defence Ministry in Khartoum, Sudan, April 12, 2019.

A coalition of human-rights groups is making the same demand. “The Sudanese people have spoken and al-Bashir has been toppled, but his crimes will not be forgotten,” said a statement by Mustafa Adam Ahmed Hussain, a Darfuri activist and a member of an international coalition in support of the ICC. “He must be sent to the ICC. He must face justice.”

Sudan’s new military rulers, however, are themselves tainted by connections to the Darfur atrocities. Defence Minister and Vice-President Awad Ibn Auf, who announced the military takeover on Thursday and became the interim president after Mr. al-Bashir was arrested, is a career army officer and former military intelligence chief who helped organize the notorious pro-government Janjaweed, the militia group that has massacred Darfuri civilians in retaliation for their secession efforts.

In 2007, Gen. Ibn Auf was among the Sudanese officials who were placed on a U.S. sanctions list and had his assets blocked for their role in Darfur. He was accused of fomenting violence, providing logistical support to the Janjaweed and directing its attacks.

For the ICC, the Darfur case has been a vital one. The court has come under increasing attack in recent years. Burundi and the Philippines have quit the court after they were the subjects of preliminary reviews by ICC investigators. Other countries, including South Africa, have threatened to quit. The ICC has also lost several high-profile attempts to pursue charges against prominent politicians in Kenya, Ivory Coast and the Democratic Republic of the Congo.

Most recently, the United States has revoked the visa of the ICC prosecutor, Fatou Bensouda, in retaliation for her preliminary investigation of possible U.S. war crimes in Afghanistan. John Bolton, national security adviser to U.S. President Donald Trump, has launched a volley of verbal attacks at the ICC, saying that the court is “dead to us.”

Open this photo in gallery [7]

Sudanese men sit as they attend a Friday prayers sermon during a rally demanding a civilian body to lead the transition to democracy, outside the army headquarters in the Sudanese capital Khartoum on April 12, 2019.

On Friday, ICC judges announced that they were rejecting the prosecutor’s request to proceed with a full investigation of the Afghanistan allegations – partly because of a “lack of co-operation” from key people.

The judges agreed that there was a “reasonable basis” to believe that war crimes had been committed in Afghanistan and that the potential cases would be admissible before the court. But it cited several reasons for dropping the case: the time elapsed since the preliminary investigation began in 2006 and the political changes that have happened in Afghanistan since then; the lack of co-operation that the prosecutor has received, which would hamper the chances of a successful prosecution; and the need for the court to prioritize its resources on cases that would have a better chance of success.