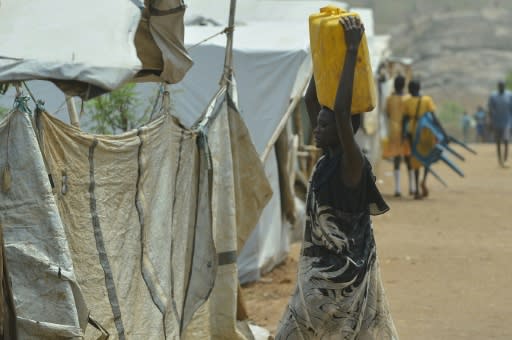 A shaky peace deal in South Sudan stands a chance of success despite delays in implementing it and many lingering unresolved issues, the UN envoy said Friday.

The agreement signed in September provides for a power-sharing government that will prepare elections meant to turn the page on five years of war in South Sudan -- one of the world's worst conflicts.

Critics of the deal say it is largely a repeat of a previous 2015 agreement that fell apart when heavy fighting broke out in Juba between President Salva Kiir's forces and fighters loyal to Riek Machar.

"There are some who believe that a return to violence is inevitable," UN envoy David Shearer told the Security Council.

"We don't concur. This agreement has broader buy-in from parties than the 2015 agreement. It is widely embraced by the population."

Shearer said the parties were "well behind" in implementing the agreement and that key issues had been deferred, such as forming a unified army to be deployed in Juba and major towns, and providing security for opposition leaders returning from exile.

A first test of the deal will come in May when a transitional government led by Kiir and five vice presidents including Machar, currently in exile in Khartoum, is to take over.

"This peace agreement is far from perfect. But it is the one that we have in front of us today and we are not going to get another chance at this," said Shearer.

To bolster the peace deal, the UN envoy appealed for financial support through contributions to a newly-established trust fund that will help provide resources.

But the United States, South Sudan's biggest financial backer, made clear that the Juba government must pour some of its own revenues from oil production into support for peace.

South Sudan descended into war in December 2013 when Kiir accused Machar, his former deputy, of plotting a coup.

Under the previous deal, Machar returned from exile with a group of bodyguards in July 2016, sparking a major battle in Juba that forced the rebel leader to flee the country chased by tanks and helicopter gunships.

The war has killed tens of thousands of people, uprooted over one third of South Sudan's 12 million people and has seen horrific levels of sexual violence along with brutal attacks on civilians.

The council was meeting ahead of a vote expected next week on renewing the mandate of the 16,000-strong UN peacekeeping mission in South Sudan, known as UNMISS.

We have 140 guests and no members online