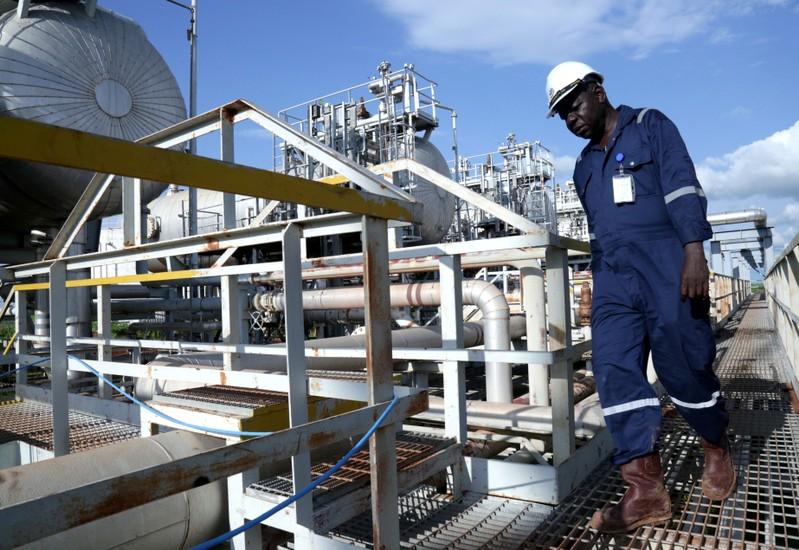 GREATER NOIDA, India (Reuters) - South Sudan will return to producing more than 350,000 barrels of crude per day by the middle of 2020, up from current levels of just over 140,000 barrels per day (bpd) currently, the country’s oil minister said on Sunday.

Production is expected to rise to 270,000 bpd by the end of 2019, Oil Minister Ezekiel Lul Gatkuoth told Reuters. He was speaking on the sidelines of the Petrotech conference in Greater Noida, a satellite city of India’s capital New Delhi.

The world’s youngest country, which split from Sudan in 2011, has one of the largest reserves of crude in sub-Saharan Africa, only a third of which have been explored so far. The country lost many of its oilfields to a civil war that broke out two years after its independence. A September peace agreement is largely holding.

South Sudan has signed a preliminary agreement with Russia’s Zarubezhneft for exploring some of the blocks, Gatkuoth said.

South Africa, which has committed to investing $1 billion in the country, would collaborate with South Sudan on the construction of pipelines and a new refinery along the border with Ethiopia, the minister said.

“We have agreed to build a refinery on the border of Ethiopia, we have already signed an agreement with Ethiopia to offtake refined products,” Gatkuoth said.

Land-locked South Sudan is looking to boost its export options as it looks beyond its neighbor Sudan, the minister said.

“We have new blocks in the southern part of South Sudan, oil from which will be exported to East Africa (through the new pipelines),” he said.

American oil majors such as Exxon Mobil and Chevron showed interest in investing in South Sudan, but are currently not interested because of the conflict, he said.

“We have been approaching Exxon officials, and I will be meeting them in Houston next month,” he said.

We have 250 guests and no members online