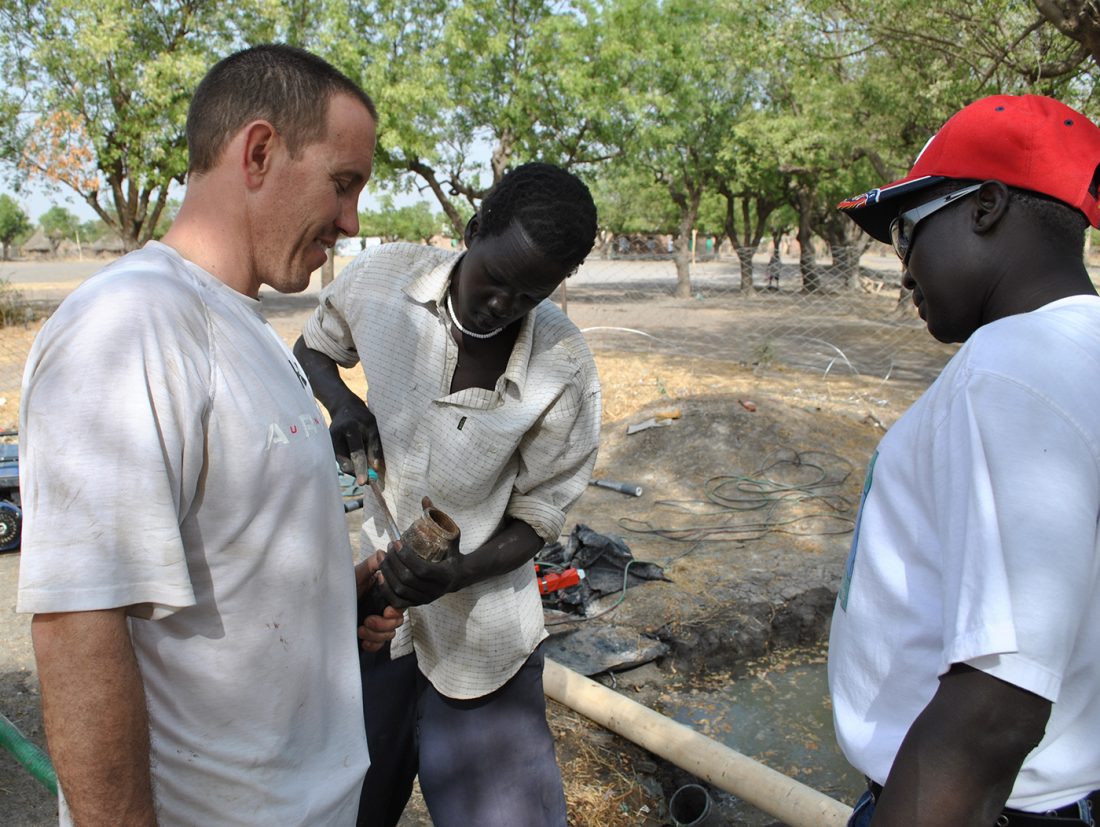 A dedicated group of Central Iowans have taken Churchill’s advice to heart.

Despite a raging civil war in South Sudan, the State Center-based group continues working to provide clean water to one of the world’s newest, but poorest countries. 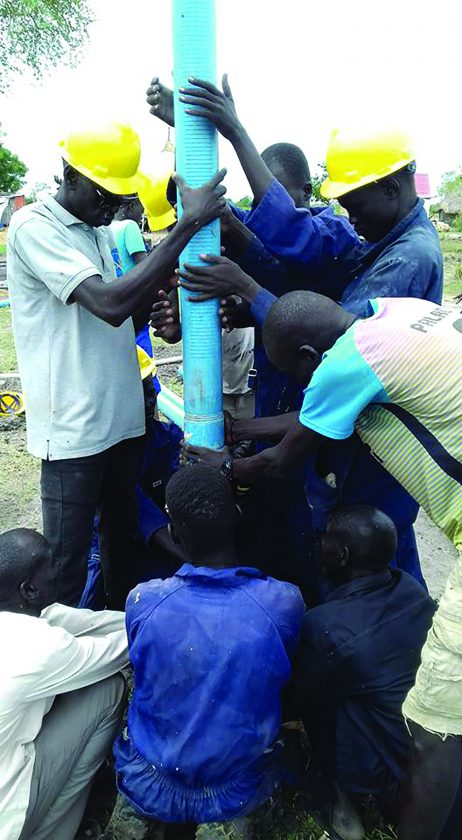 “Boats loaded with supplies landed in the remote village of Old Fangak, South Sudan last month,” WSM President Greg Brown of Marshalltown said. “The group has plans to drill four-clean water wells in Old Fangak and another village this month.”

Not only is WSM financing the project, but central to its mission is also teaching the South Sudanese to drill for clean water themselves. At one time one hand-pumped well served Old Fangak, then a village of 5,000.

Regardless, many villagers drew water from the Zaref or nearby disease-laden swamps, resulting in illness and death. Over the years three wells were added. Now four hand-pumped wells service Old Fangak. However, the civil war has increased its population to an estimated 50,000. Additionally, Fangak County, part of Jonglei Province in South Sudan, has a growing population of 113,000, putting constraints on resources.

Old Fangak is also home to a medical clinic, originally established years ago by Doctors Without Borders during the height of another civil war. Some South Sudanese walk 50 miles or more to receive medical attention.

In 2012, Brown and Streeter were two of seven Central Iowans who traveled to the village. It was possible because a cease-fire had allowed for safe travel in-country. In 10 days, the team installed one new well and repaired another used extensively by the clinic.

Joining them and providing critical well-drilling skills were three Alaskans with the Alaska-Sudan Medical Project.

Frustration has been growing inside and outside South Sudan over the civil war that has killed tens of thousands and created Africa’s largest displacement of civilians since the Rwanda genocide in 1994.

“We had a productive meeting with the senator,” Brown said. “We conveyed our concerns to Sen. Ernst. She expressed regret about the situation and told us of U.S. efforts, and those of our allies, to supply humanitarian aid.”

Brown, Ruach and Streeter were scheduled to install more wells in November 2017, but the civil war flared-up again and traveling in-country was not advised by the U.S. State Department.

In addition to travel restrictions, safety concerns would have been another factor as evidenced shortly before the WSM was to embark.

Then U.S. ambassador to the United Nations Nikki Haley was evacuated from a U.N. camp for displaced people in Juba, South Sudan’s capitol, because of a demonstration against President Salva Kiir.

Haley, in the middle of a three-country African visit, met with Kiir about the civil war. Speaking later to a U.N. radio station, Haley said she warned Kiir the U.S. no longer trusted South Sudan’s government and was no longer prepared to wait for change. She did not give details.

WSM is a 501 (c) 3 organization. It has been supported by a wide-variety of Central Iowa churches and extensive private donations. Hy-Vee Inc., among other businesses, has donated money and provided resources.

The mission of WSM is: “To serve Christ and our neighbors by fostering partnerships, working with, and training others in skills essential to growth and sustainability.”

We have 215 guests and no members online