Hundreds of thousands of people who fled fighting in South Sudan are still too terrified to return home, despite a peace deal signed last year.

And the head of the UN Mission in South Sudan (UNMISS) has told Sky News he believes militia groups are still forcibly recruiting child soldiers.

David Shearer warned there would be serious consequences for different armed groups if the recruiting continued.

He said: "We are saying stop. Stop this [recruiting]. You have to live up to your words and many of these people will say there're not doing it... but if we find you are [recruiting], we will name you and we will shame you and take action.

"These kids are more valuable than the senior leaders." 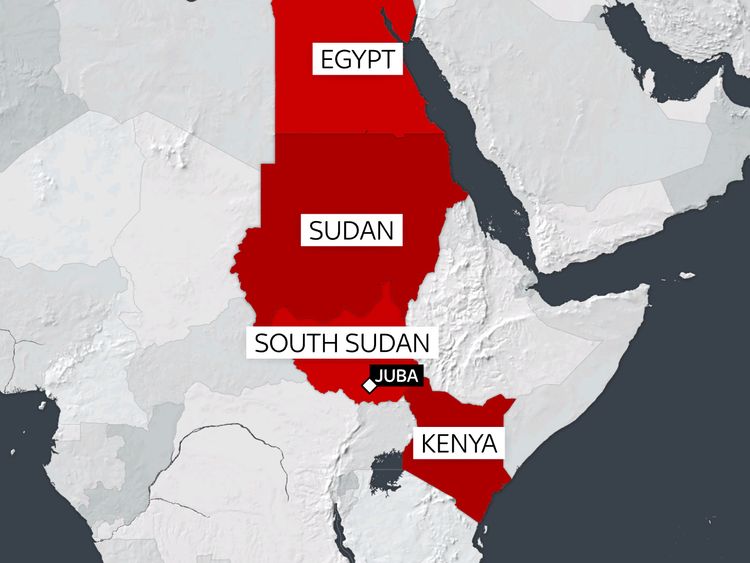 South Sudan is the world's youngest nation, achieving independence in July 2011 after years of conflict with Sudan.

But only two years later, the country descended into fighting again after President Salva Kiir sacked his deputy, Riek Machar, accusing him of plotting a coup. 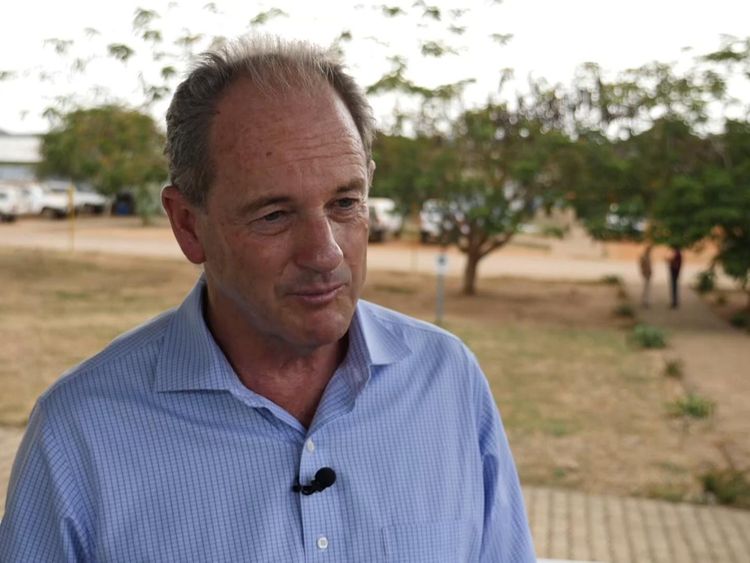 Image: David Shearer said the recruiting of children as soldiers must stop

A protracted five-year-long civil war followed which saw more than four million people fleeing the violence, making it one of the worst displacement crises in the world.

About a third of the country's population has now been uprooted. Previous attempts at ceasefires quickly collapsed.

This latest one - which saw the two political rivals coming together and signing a peace deal last August[1] - was viewed as much more hopeful. 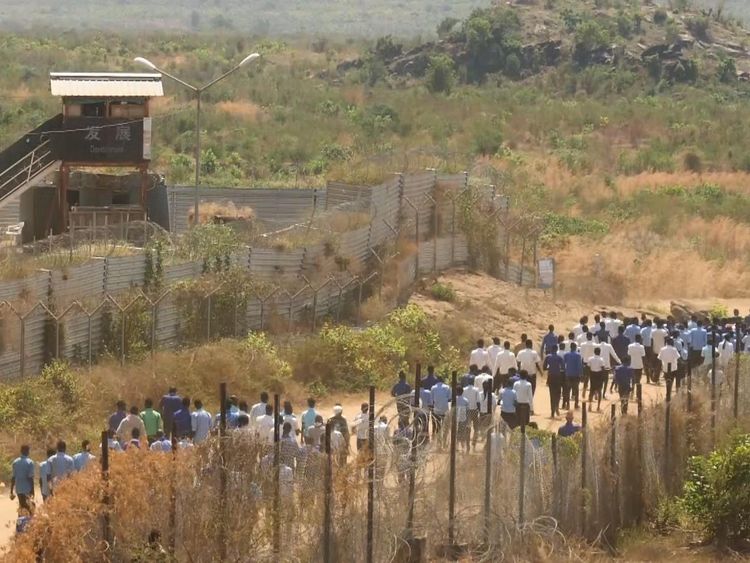 Image: Students are seen returning to their camp under armed guard after sitting exams

But most of those displaced have refused to return home, saying they're still too scared, and some are telling us the attacks are continuing.

Nearly 200,000 of them are currently sheltering in Protection of Civilian sites (known as POCs) at six United Nation bases across the country. But now the UN has effectively served notice on them, telling them they will have to leave soon.

"We were right to open up our gates when people needed protection, and some have been in these camps for a considerable period... some for five years," Mr Shearer told Sky News in the capital, Juba.

"But with a peace deal now agreed and security improving, it's much more preferable that people return home. These camps are not a good long-term option for families." 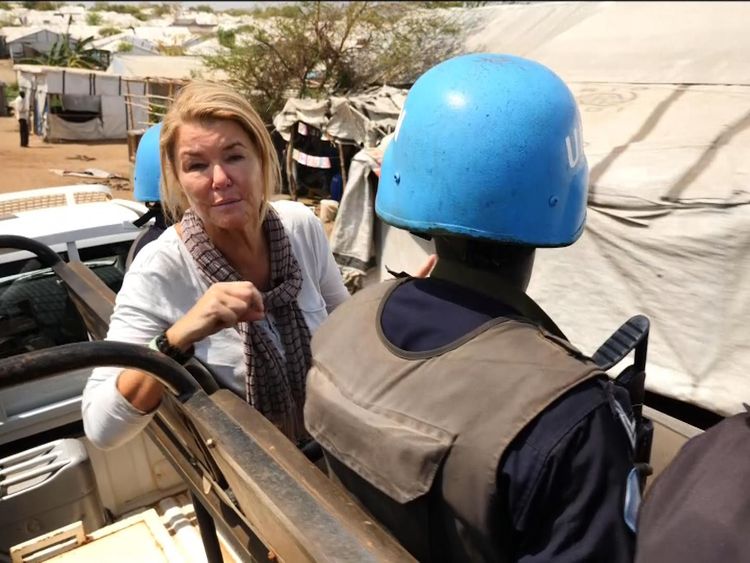 Some people have been persuaded to go home but they are very much in the minority and when we visited two of the camps near Juba, we found huge sprawling communities living behind barbed wire and dependent on regular UN security patrols.

One mother, Chol Jong, told us that she had become separated from six of her seven children in the panic to escape the violence. 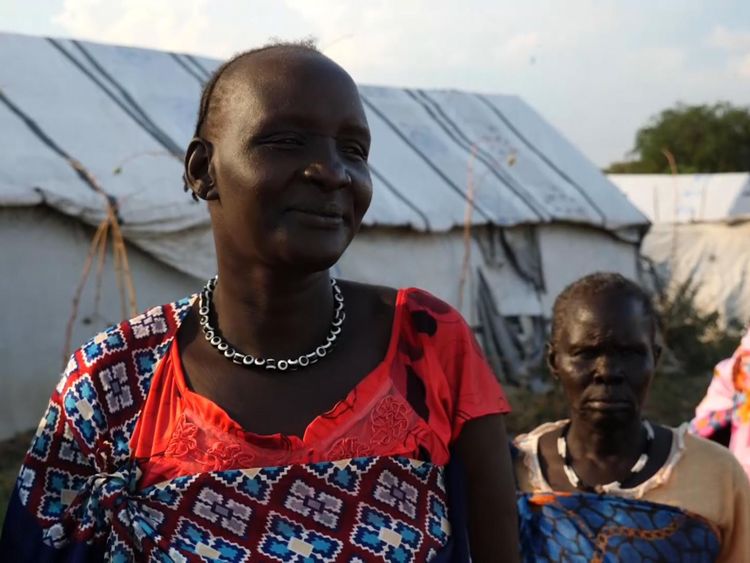 Image: One mother, Chol Jong, said she had become separated from six of her seven children

She lost everything: her family, her home, all her belongings. Home is now a shabby tent in Juba - and she's still terrified to go out of the camp and gather firewood for fear of being raped once she leaves the security of the UN base.

It was a fear held by everyone we spoke to. We travelled by boat to reach a remote community near Bor in Jonglei State and found more displaced people all hoping the latest ceasefire will hold but still too scared to go back to their homes, and dependent on aid from the UN to survive.

We have 282 guests and no members online