As one of the 5 permanent members of the Security Council, the UK has demonstrated its commitment to international security within the United Nations (UN) since its inception in 1945. Financially, the UK is the sixth-largest contributor to both the regular and peacekeeping budget. In 2015, the Strategic Defence and Security Review saw the Prime Ministers intent to double the number of military personnel that the UK contributes to UN PKO met; South Sudan being the mission of choice.

The UN Mission in South Sudan (UNMISS) commenced in 2011 when they declared independence, and is now the largest peacekeeping mission, with over 14,000 contingent troops from 65 countries . Providing medical care over a country 3 times the size of the UK is challenging, with large areas of swamps, armed clashes and a substantial wet season.

In 2017, Operation Tenton commenced with the deployment of a UK engineering task force across two sites; Bentiu and Malakal along with the supporting medical footprint for UNMISS. On arrival, the UK erected a tented Level 2 hospital in Bentiu from a bare patch of scrubland prior to the UK engineers being tasked to build a hardstanding Level 2 hospital in close vicinity which is due to be completed in Dec 2018. 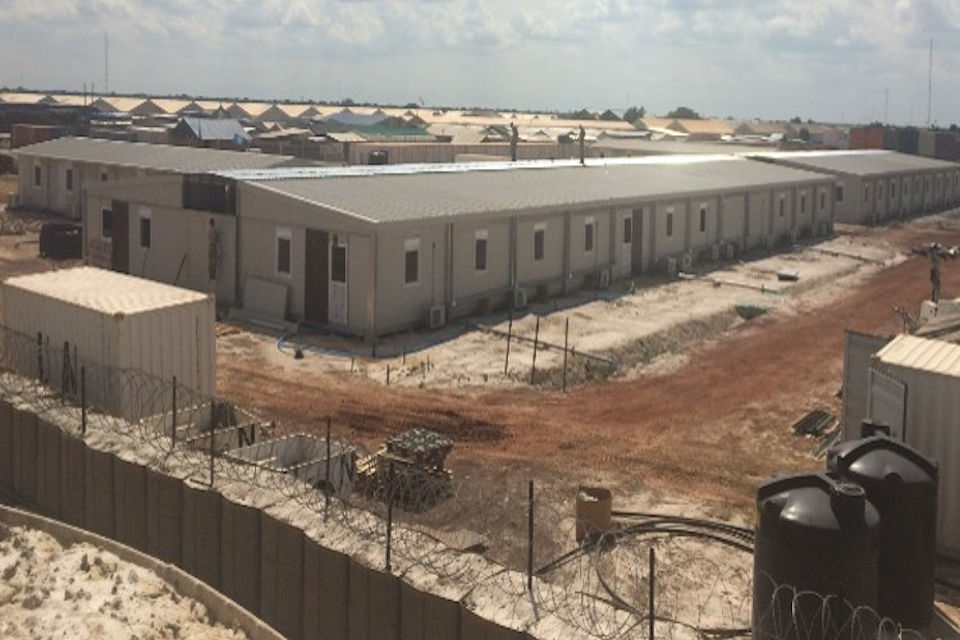 The UK medical deployment for the Level 2 hospital was unprecedented in its roulement; Army deployed and set-up the tented capability, Royal Navy developed the capability before handing over to the RAF to manage and mentor the Vietnamese through the successful transition. This is the first time that a UN hospital has had unbroken clinical cover; the UN have formally recognised this transition as best practice, with other Troop Contributing Countries being encouraged to follow suit .

The relationship between the UK and Vietnam has grown over 2 years as the UK provided an ‘Advise, Assist and Mentor’ package as the Vietnamese prepared for their first ever peacekeeping mission. America and Australia have also provided supporting roles, celebrating the international effort, Vietnamese medics, trained by the UK, using American equipment, flown in by the Australians. This deployment epitomises what can be achieved through defence engagement with new and old partners alike, to fulfil a UK goal to get more nations involved in UN peacekeeping. The Vietnamese officially took command of the Level 2 Hospital in Bentiu on 27 October 2018. 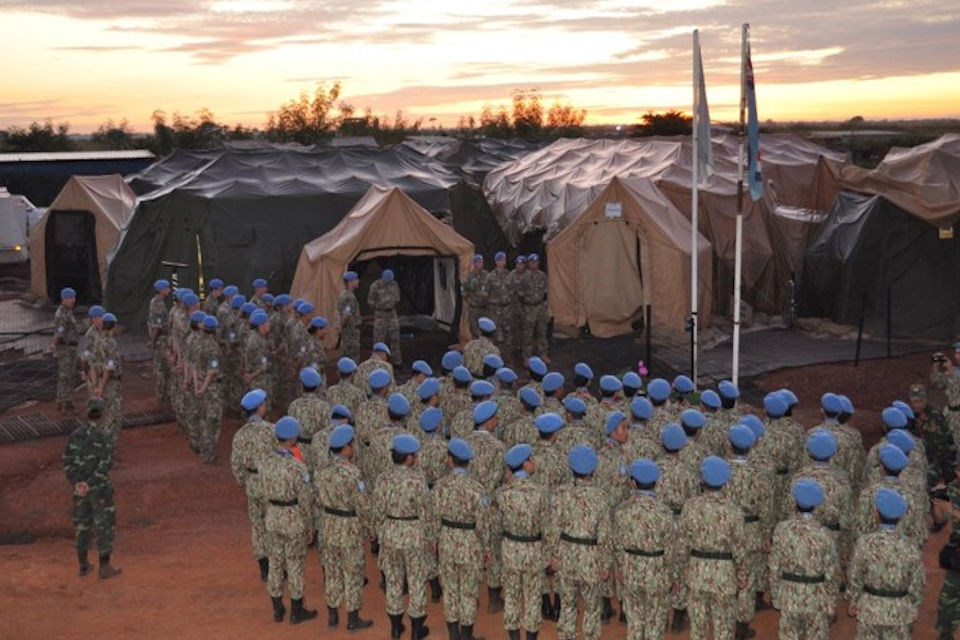 In wider support to UNMISS, 8 UK Staff Officers (SO) are deployed under the Op VOGUL banner. One of the SO positions is the Deputy Force Medical Officer (DFMO) based at the Level 2+ Hospital in Juba. The DFMO post will endure until 2020, which will see the position held by a doctor from all 3 UK Services for a tour length of 9 months each.

The current DFMO, Wg Cdr Adam Manson, has described the role as monitoring and co-ordinating all the Level 1 and 2 facilities, improving the health of the force through education, clinical advice, facility inspections and hygiene inspections to allow the force to implement the mandate for UNMISS.

Force Medical also co-ordinate CASEVAC/MEDEVACs to ensure patients are moved in a timely fashion with the right level of escort to the right medical facility. Having a UK doctor as the DFMO has already reaped huge benefits from within the UN, not only to ensure the required standard of care for UK personnel deployed, but also through the soft power of medical to relationship build with other TCCs to open avenues for defence engagement to support both the Global Britain and prosperity agendas. 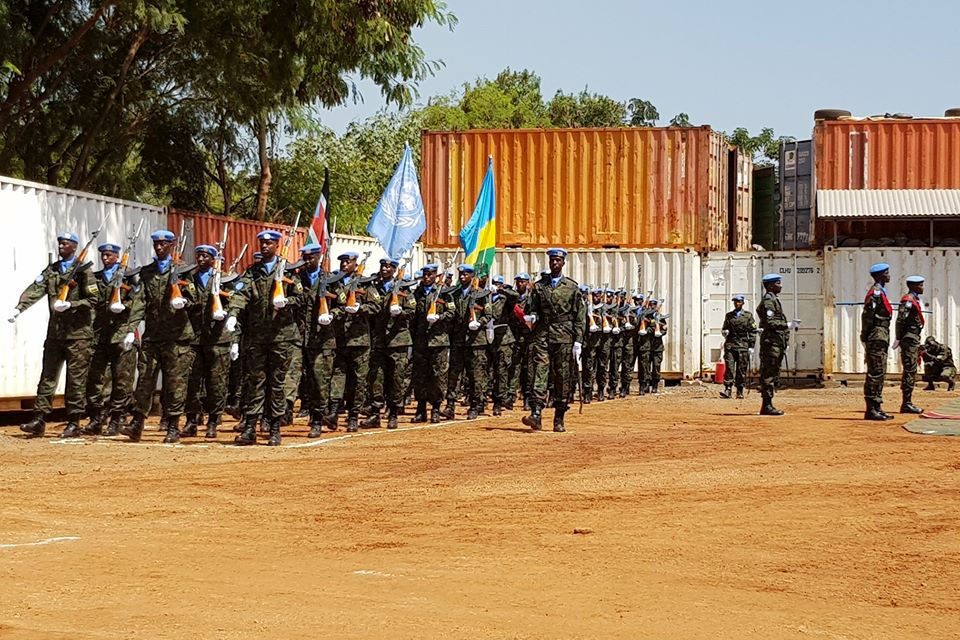 The DFMO highlights that the UN provides a unique working environment with every day being different with the challenges of language, culture and communication. He highlights that it is culturally fascinating working day to day with a Chinese Lieutenant Colonel, Major Staff Officers from Rwanda and Sri Lanka and a Marine Warrant Officer from Bangladesh. Living in a UN camp with a mixture of civilian and military personnel brings a real sense of unity and friendship, whether it is undertaking exercise, over lunch or even when catching lifts for the 30-minute drive across Juba between the two main UN camps.

The roles within the UN Mission are varied and often the result of the ground-realities; a third of the 12 million population of South Sudan are displaced, either internally or as refugees in external countries, with children often suffering the most. A memorable day for UK personnel in Juba was the cleaning of a local orphanage which is home to 50 orphans ranging in age from several months old up.

Over 60 UNMISS personnel got together and between them rooms were emptied, cleaned and tidied, food stores were emptied and rats removed, the teaching room was organised and dormitories and eating areas were cleaned and disinfected. Swings were repaired and grass areas cut to allow for vegetable patches and new play areas. 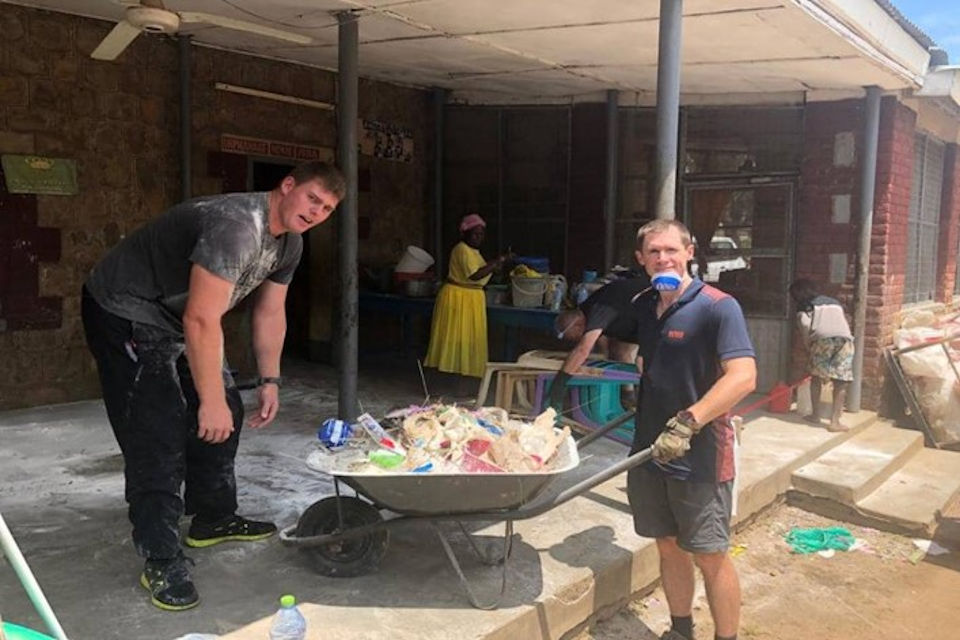 Over 60 UNMISS Personnel assisted with the cleaning of a local orphanage in Juba. Image Crown copyright

The UK support to UNMISS continues until 2020 with the engineers on Op TRENTON and Staff Officers on Op VOGUL. The small numbers of UK personnel have not only greatly assisted the mission to implement the mandate but each individual has found it personally rewarding and seen actual results to improve the lives and relieve the suffering of the South Sudanese population. With new peace efforts ongoing it is hoped these may result in a longstanding solution and allow the country to prosper in the future.

We have 182 guests and no members online