It was 10:00 A.M. and 11-year old Salva Dut was sitting in his classroom in a rural village in southwestern Sudan. Suddenly, the sound of gunshots pierced the air. Teachers yelled to the students to run and hide. "We were running where we could not hear the gunfire," he recalls. The year was 1985 and rebels from southern Sudan were waging a war for independence against the government in the north.

Dut escaped that day with others who fled into the bush. The group walked for months, sometimes going days without food or water, before reaching the Itang Refugee Camp in western Ethiopia. Dut, a member of the Dinka tribe, was one of approximately 20,000 child refugees displaced during the second Sudanese civil war. Children like Dut who became separated from their families while fleeing the conflict, most of them between the ages of 7 and 17, became known as the Lost Boys of Sudan. 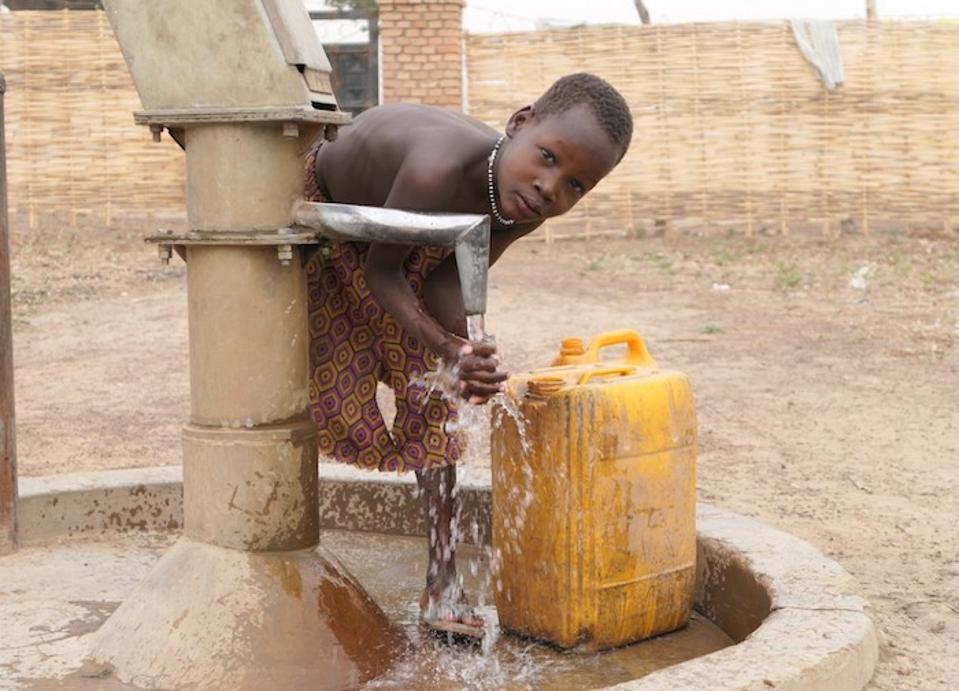 Dut was one of approximately 20,000 child refugees displaced by war who became known as the Lost Boys of Sudan

Six years later, Dut and others were once again uprooted as Ethiopia became embroiled in a civil war of its own. Dut led a group of 1,500 boys on an even more difficult journey, running more often than walking to evade the violence that surrounded them. By the time the group arrived at the Kakuma Refugee Camp[1] in northern Kenya, 18 months had passed and nearly 500 boys had been lost to hunger, thirst, disease and military attacks.

Dut stayed in Kakuma until 1996, when he received sponsorship to live in the United States with a family in Rochester, New York. It was 11 years since the day the soldiers came, and he still did not know if his family was dead or alive.

In 2002, Dut finally received news about his family. A fellow refugee informed him that his father was alive — but seriously ill with guinea-worm disease, a rare and painful waterborne illness. The elder Dut was being treated in a UNICEF-supported clinic, which he reached after walking 300 miles.

Dut traveled back to Sudan for a joyous family reunion. “It was a wonderful moment. It was emotional for both of us to see each other again,” he recalled. “I took the water and put it on my head, as a sign of welcome back for someone who was lost.” 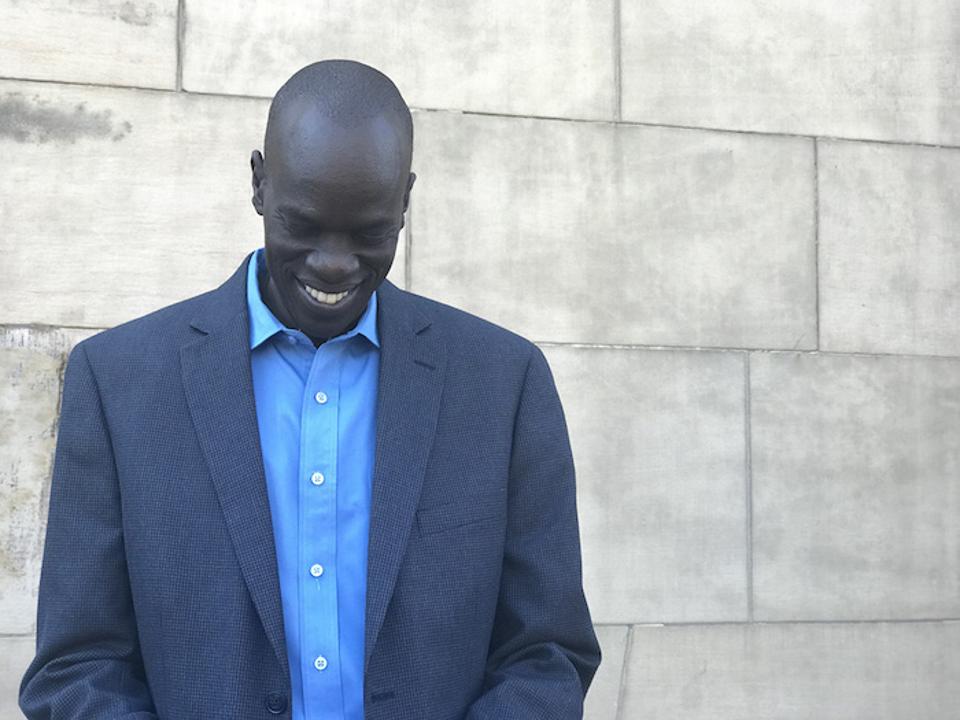 South Sudan declared independence in 2011, and Dut is committed to helping the young country grow

No longer lost, and with a new determination to help those like his father who had fallen ill because of unsafe drinking water, Dut returned to the United States. In 2003, he founded Water for South Sudan[2] (WSS), a nonprofit organization that aims to provide access to clean, safe water and improve hygiene and sanitation practices in areas of great need.

In 2005, borehole drilling work began, with the first well installed in Dut's father’s old village. Since then, 349 wells have been drilled. More than 300,000 people now benefit from the clean water provided by the wells.

Before the wells, “these nomadic people would move away when the dry season came to go and look for water," he says. "Now they were getting stable in one place. You see them building nice houses, you see the market is coming in. A clinic is coming in. The school is getting built."

"Other agencies come. UNICEF has been doing great work in South Sudan providing schools for these new stable communities. And to see the young girls not have to walk miles and miles collecting the water and to have the opportunity to go to school because the well is close by has touched my heart so much." 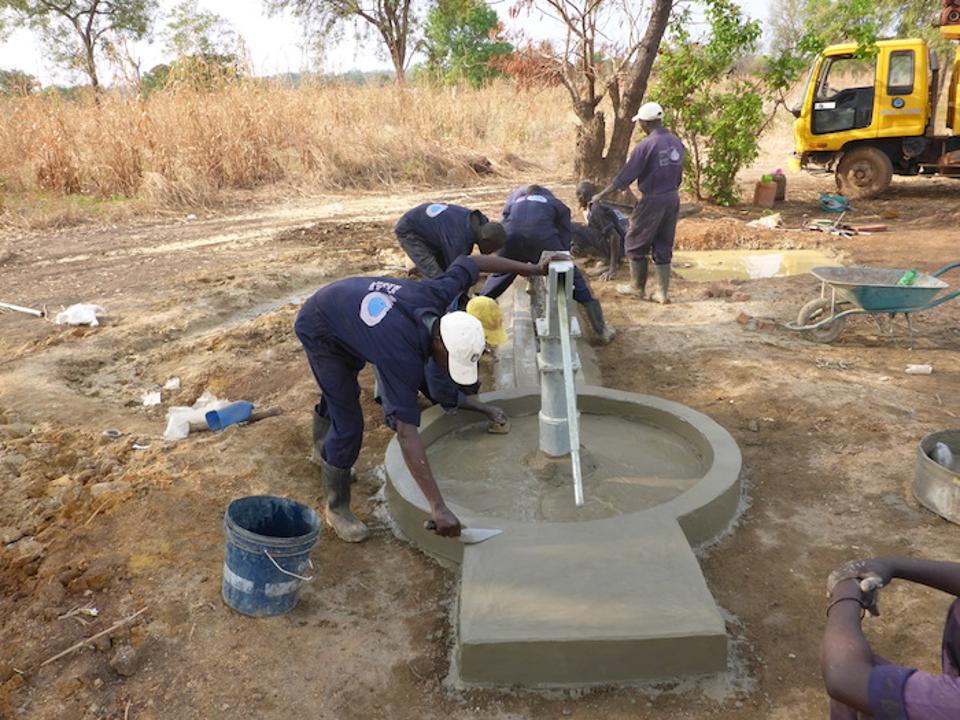 Water for South Sudan (WSS) works with local communities to determine where boreholes should be drilled. WSS founder Salva Dut hopes that collaboration on the well sites will create dialogue and foster peace between traditional rival groups.© Water for South Sudan

Violent conflict, access to resources and displacement are interconnected

Recognizing and addressing the interconnection between conflict and access to resources is crucial in ensuring sustainable development initiatives and peace-building. In 2014, WSS launched the United Peace and Development Project in partnership with Aqua Africa[3], installing 19 wells and 1 water storage system with an emphasis on collaboration between the Dinka and Nuer groups, which have been in conflict for many years. It is hoped that such initiatives will eventually foster sustained cooperation and that children and their families will not be uprooted and separated by violence.

With so many people throughout the world today forced to flee their homes because of conflict and lack of resources, a focus on programs that will reduce displacement is vital. “My dream was to go home,” Salva mused as he spoke about his time in the refugee camps. “Every person living in a refugee camp, their dream is to go home.”

Only 50 percent of the population in South Sudan has access to safe water. To date, Water for South Sudan has received support and contributions from all 50 states in the U.S. and 50 countries. To learn more about the organization and how you can help, visit www.waterforsouthsudan.org.[4]

Learn more about how UNICEF is mobilizing to help children in South Sudan here.  [5]

UNICEF and partners are working tirelessly in South Sudan, Syria, Yemen, Bangladesh and around the world to save and protect children. With a presence in 190 countries, UNICEF has helped save more children's lives than any other humanitarian organization in the world. [6]