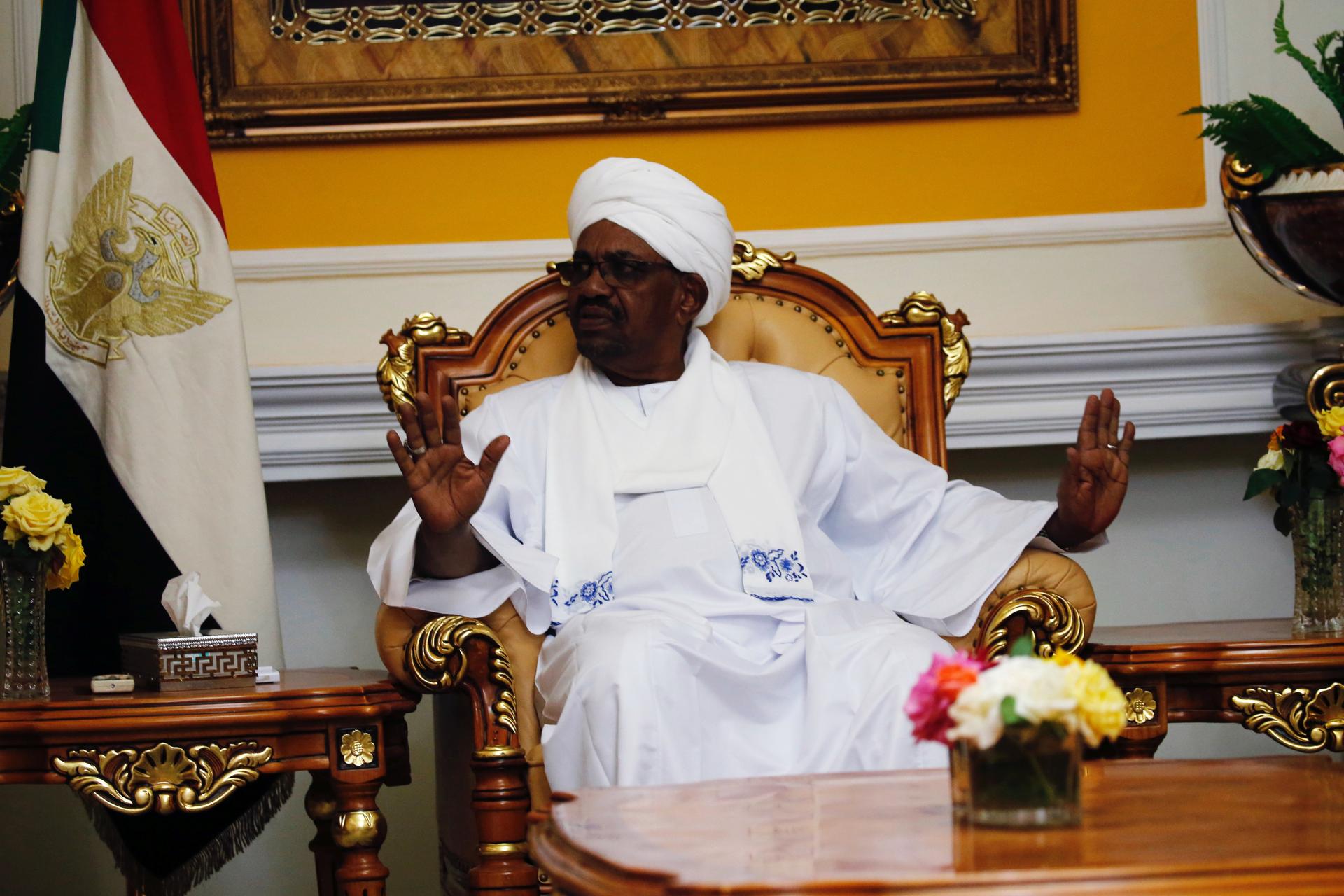 CAIRO (Reuters) - Sudan’s long-serving President Omar Bashir came closer on Tuesday to another term in office after a majority of lawmakers backed a constitutional amendment to extend term limits that would have required him to step down in 2020.

Unless the constitution is changed, Bashir, in power since 1989, is not permitted to stand again when his present term ends, having won two elections since a 2005 constitutional amendment took effect imposing a two-term limit.

Parliament speaker Ibrahim Ahmed Omar said he had received a letter signed by a majority of lawmakers backing an amendment that would extend the limit.

“Today I received a memorandum from 33 parties representing 294 deputies to amend the constitution with regard to the number of times the president’s candidacy is allowed,” he told reporters. “I will abide by the constitutional and legal steps and the regulations necessary to discuss these amendments in parliament for it to take any decision on them.”

Sudan’s ruling National Congress Party announced earlier this year it was nominating Bashir for president in 2020.

“The parties saw that President Omar al-Bashir is the protector of the people of Sudan in the coming period.”

Bashir, an Islamist and former army officer, came to power via a military coup. He won elections in 2010 and 2015 after the constitution was changed following a peace agreement with southern rebels, who later seceded forming South Sudan.

Bashir is wanted by the International Criminal Court for war crimes after being indicted in 2008 over killings and persecution in Sudan’s Darfur province between 2003 and 2008.

The National Congress Party and its allies have an overwhelming majority in parliament. Prominent opposition parties and armed movements boycotted the presidential and legislative elections held in 2015.

The proposed constitutional changes would also give the president the power to sack elected governors. Last month, parliament passed a law that will see governors elected directly instead of being appointed by the president, as previously.

Under the Sudanese parliament’s regulations, a proposal to amend the constitution should be submitted by the president or via a memorandum submitted by at least one-third of the members of the 581-seat parliament.

Sudan has been facing an economic crisis since the south seceded in 2011, taking with it three-quarters of Sudan’s oil output. Sudan’s opposition says Bashir must go to improve the country’s image abroad and attract crucial investment and aid.