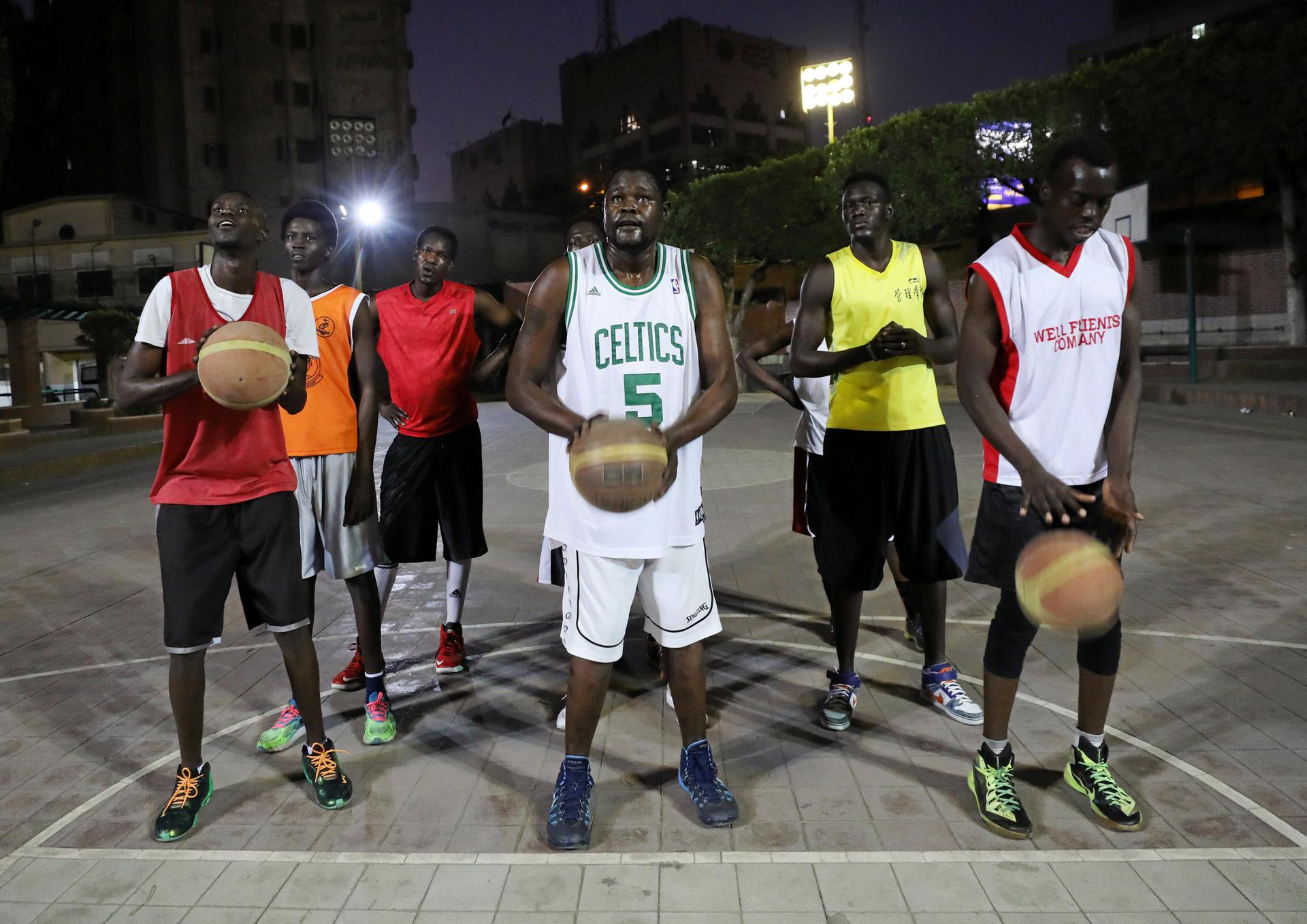 Sudanese refugees about to throw balls into a hoop during a basketball game in Cairo, Egypt September 24, 2018. REUTERS/Mohamed Abd El Ghany

CAIRO (Reuters) - Twice a week refugees from Sudan and South Sudan gather in a church courtyard in Cairo to play basketball, unfazed by political differences at home.

The group includes Christians and Muslims, some of them resident in Egypt since before their two countries divided in 2011.

“We’ve all been friends even since before the split,” said Montaser Mohamed from Khartoum, Sudan’s capital.

A Sudanese refugee jumps to the hoop during a basketball game in Cairo, Egypt September 24, 2018. REUTERS/Mohamed Abd El Ghany

“We used to play before it became divided into South and North. But there is no politics between us, none of that at all. Here we just play ball.”

The refugees play on a court attached to the College De La Sainte Famille church, in the bustling central neighborhood of Ramses.

They draw on a pool of roughly 90 South Sudanese and 40 Sudanese players, and around 30 others from elsewhere in sub-Saharan Africa.

“We welcome all ethnicities and nationalities, as well as Egyptians, but Egyptians have clubs and other places available to them to play,” said one of the players, 31-year-old Riyak Joseph.

“We only play here in the church because they allow us to. We do not have anywhere else to play and we don’t have the means to join one of Cairo’s sports clubs.”

All love basketball, and some have big ambitions. Joseph wants to follow in the footsteps of late NBA basketball player and refugee Manute Bol, a native of his South Sudan hometown of Turalei.

“We have a dream. Our community members have played in the NBA, so even me, I am interested in playing in the NBA,” said Piom, who had feared for his life because of violence back home.

“I feel security is good here. That’s why I took the opportunity to go to school here, to complete my education.”