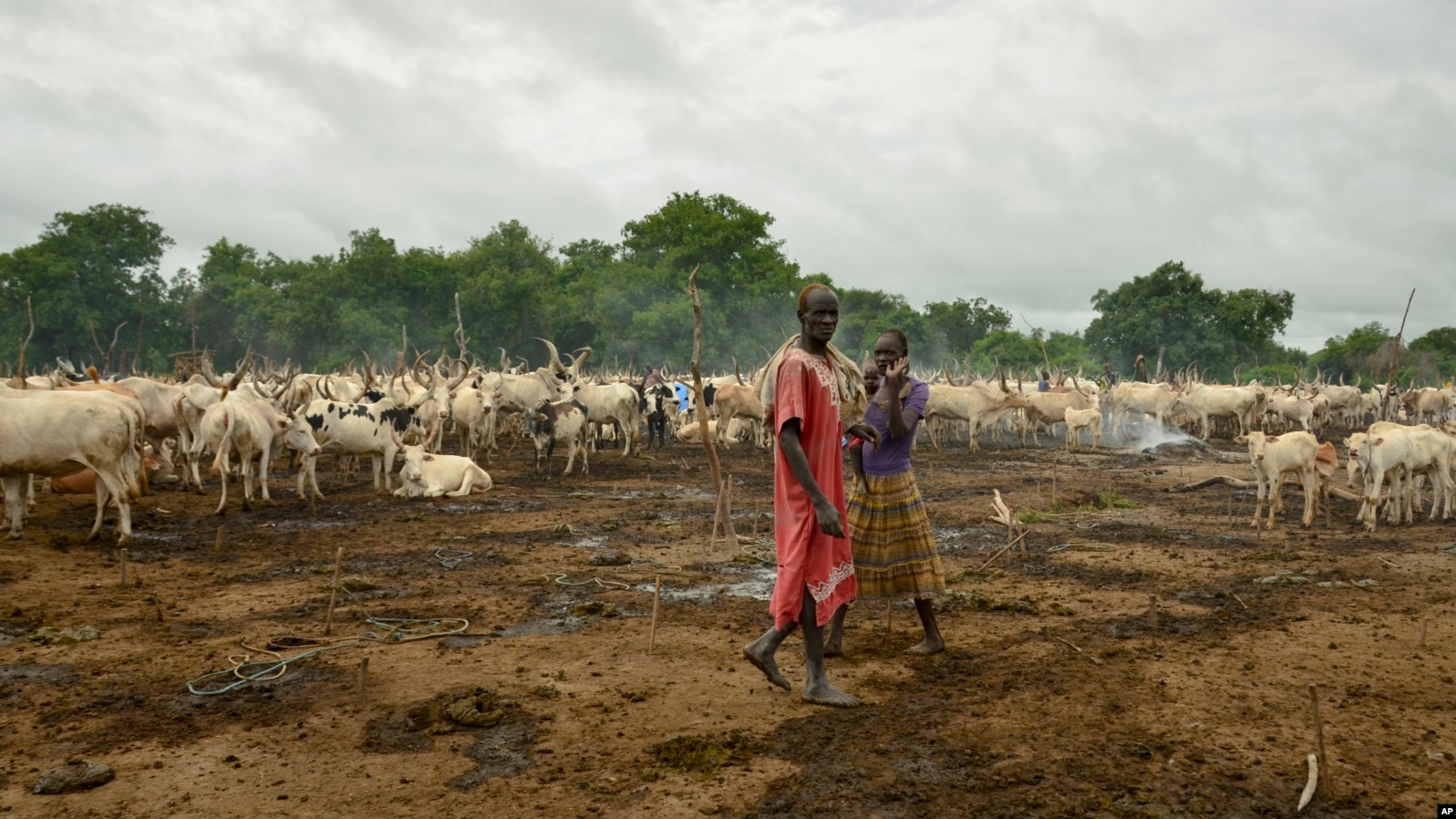 In this photo taken July 31, 2017, cattle keepers walk past their herd at a camp outside the town of Rumbek, South Sudan.
JUBA, SOUTH SUDAN —

South Sudan President Salva Kiir has ordered cattle keepers from Jonglei state who graze their animals in parts of Equatoria to return home as farmers in the region complain about cattle destroying their crops and property.

Last week President Kiir issued a decree read on state television ordering cattle keepers to move their cattle immediately or risk being forced out by soldiers. Skirmishes between the two groups have led to deadly violence in the past.

Last weekend, in the capital Juba, Bor community leaders met with representatives of the cattle keepers to discuss how to implement the president’s order.

Professor Ajuoi Magot, chairperson of the Dinka Bor community in Juba, said all participants agreed that the president’s order must be implemented immediately, “and the cattle keepers who came must convey the same message to those who didn’t attend.”

“We beg the government for our children. It is still raining now and the grass is tall now. It would be better for me to leave in December or in January when the grass is burnt,” Majok told South Sudan in Focus.

But Magot said cattle keepers have had plenty of time to return to their home villages in Jonglei state but refused to do so.

“There will be no good time for you because this is not the first time. The first time when the president gave the order you didn’t implement it,” Magot said.

Majok said cattle keepers like himself are ready to break down the cattle camps and move out of Equatoria but are worried about insecurity on the way home in South Sudan.

“I have accepted to move with my children and my cow. I am moving because of your order. And I don't want anybody on the way to attack me. Talk with people along the way,” Majok said.

Dinka Bor community leader Magot said he and other leaders will speak with Jubek and Terekeka state authorities to ensure the safe return of the cattle keepers on their journey home.

We have 234 guests and no members online