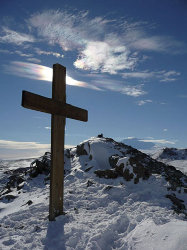 On behalf of Uncle Agor's family, we regret to announce the untimely death of our dear brother William Olam James Ogilo Agor, who passed away on August 3, 2012, in Renk, Upper Nile State, RSS. This is a great loss for the family and indeed the entire Chollo community. As the book of Job says, "Naked I came from my mother's womb, and naked I will depart. The Lord gave and Lord has taken away; may the name of the Lord be praised". Our thoughts and prayers are with all of you at this sad time.

Please let's try to encourage and support the family in sad time like this and send your condolences to the family or you can call the family and to encourage them in this difficult time at (507) 280-0237. Below is a short obituary of the late William Olam James Ogilo Agor. May the Almighty God rest his soul in Eternal Peace

Death occurred last night of my son William James Ogilo Agor in Renk, Upper Nile State, and South Sudan. William was a lecturer in Wild Life Management in Upper Nile University at Renk. It is to be recalled that he was badly beaten and tortured, together with some Dr Riak Machar SPLA soldiers, who had gone to sell some goods, by the Sudanese Armed Forces Garrison in Rabak in 1997, while going to Khartoum to present his field research thesis for MSC degree. The torture resulted in damage to both his hearing and brain ability. We tried to bring him to USA for treatment and PhD studies twice, but the US Embassy in Cairo could not pass him. Since then, he has not recovered.

He was born in Malakal on January 29, 1965. He is survived by wife and four sons and a daughter.

May the Almighty God rest his soul in eternal peace.

Revd: Stephen Odok
This comment was minimized by the moderator on the site

Condolences about the death of William Olami Ogilo.
Dear Uncle James Ogilo Agor and the entire family of Agokwec.
I was deeply saddened to hear the disheartening news about the untimely death of William Olami, when we still need him.
Please kindly accept my sympathy for the deceased. Olami was a quiet person by nature, social and intelligent. I’m sure that if God would have for longed his days in this fleeting world, I’m sure he would have gone to pursue his PHD, in field of his interest.
Uncle, please take courage. May the God of hope, comfort and strengthen you and the entire family of Agokwec as we continue also encouraging the beloved wife of Olami and his children in this difficult and state of shock. May God bless them and further them in this life. Saint Paul said in I Corinthians’ 15:51-52, that listen to this secret, that “we shall be transformed into the glory of Christ, even the dead will be raised and changed imperishably.
Uncle James you are in our thoughts and prayers. Peace be with you.

I want passed my condolence to you and entire family for the death of beloved Olami. I know it is hard time for you and family to control your emotions especially the wife of late Olami and children.

I want passed my condolence to you and entire family for the death of beloved Olami. I know it is hard time for you and family to control your emotions especially the wife of late Olami and children.

Please accept my deepest condolence for the untimely death of Olami .Death is hidden for us to know. It is God’s thought, so let us accept it as God has planned it. (2 Samuel 12:23).
.
Our citizenship is in heaven and from it we await the savior and the Lord Jesus Christ and who will transform our lowly body to be like him in his glorious body by the power that enables him even to subject all things to himself (Philippians3:20).

We hope Almighty God will receive his soul in peace until Christ comes to transform our bodies into his heavenly body.

We have 344 guests and no members online